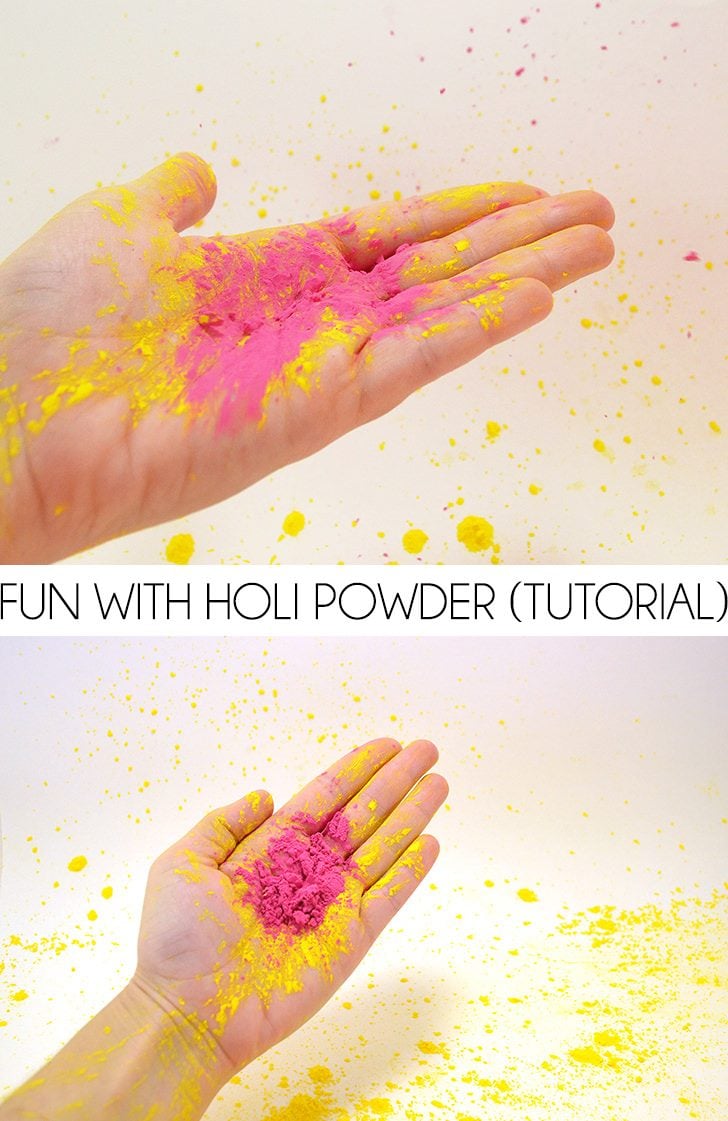 I think I’ve decided if there is any one thing in the world that can make me happy besides something furry and cuddly, it’s color. For the longest time I’ve tried to make “adult” color choices afraid that it would look like I dressed like or lived in a box of crayons. But these days I don’t care. I mean, I really, really don’t care… just wait until you see an upcoming furniture tutorial :)

It was ages ago that I first watched the movie Outsourced. It’s been a while since I’ve seen it but the basic gist is this American guy moves to India to head up a call center and he really doesn’t want to. As he stays in India he finds himself immersed in an awesome new culture that’s pretty fab. In this movie the main dude, Todd (also known as Mr. Toad to the locals) unwittingly leaves the house during the Holi color festival, celebrated in the spring in India and Nepal, and it looks pretty dang amazing. Check it out:

Now doesn’t that look like a heck of a lot of fun?

So back in 2006 or whenever I saw this, I wanted to play with this colored Holi powder SO MUCH but I couldn’t find anywhere to buy it. So a few years later after thinking it would be such a blast to have a little Holi Color Festival with my family I made up a TON of this stuff. A flippin’ TON! But guess what? It got left behind with all of the bags open and it got wet or something and then it was weird and bad when it was found again. The next go the dogs DESTROYED on my sister’s BRAND NEW SOFA. She texts me like “any clue what this colored stuff is all over my BRAND NEW SOFA?” Eep! I totally lost it at her house and apparently the dogs found it and had their own Holi party :)

This year I realized that we could celebrate color very close to the actual holiday (which was earlier this week) on Spring Break. But I didn’t figure this out until there wasn’t enough time left to make any. So instead of making some this time, I bought it because  you can totally do that now.  This is the set of Holi colors I purchased from Amazon for about $10. 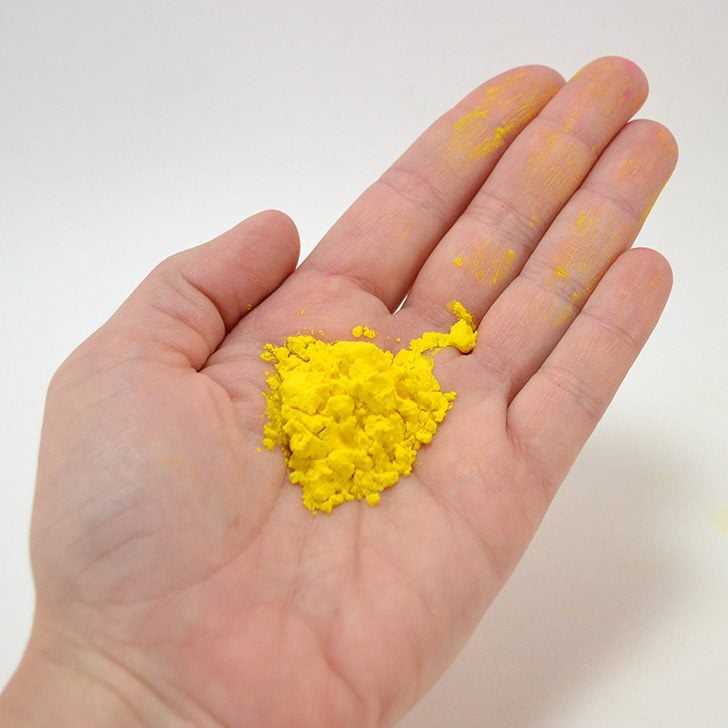 Since I have Amazon Prime

I was able to get free 2 day shipping and I had tons of colors and so much anticipation about how much fun this was going to be. In the end, it didn’t work out for me, yet again. BUT my nephews and one of their best friends got to battle it out color style and my sister says they had the most amazing time. They were so colorful, head to toe and even if I didn’t get to enjoy it with them, I’m glad they got to enjoy it all.

In fact, they liked it so much my sister is planning on making a TON of this for an upcoming party. Won’t that be awesome? Since she couldn’t find her phone or her camera (because losing junk is hereditary) I don’t have any pics except for the ones I tried to take myself and they aren’t too terribly fun, but maybe someday I can update them with us having a blast and being so colorful in the near future :) 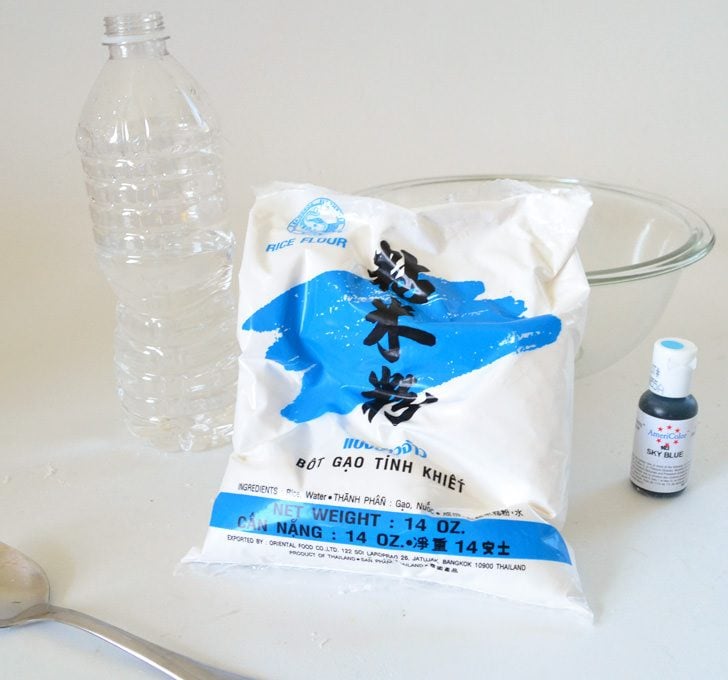 I purchase 14 ounce bags of rice flour from the Asian supermarket for around $0.70 a bag. Split the bag approximately in half and place in a mixing bowl. 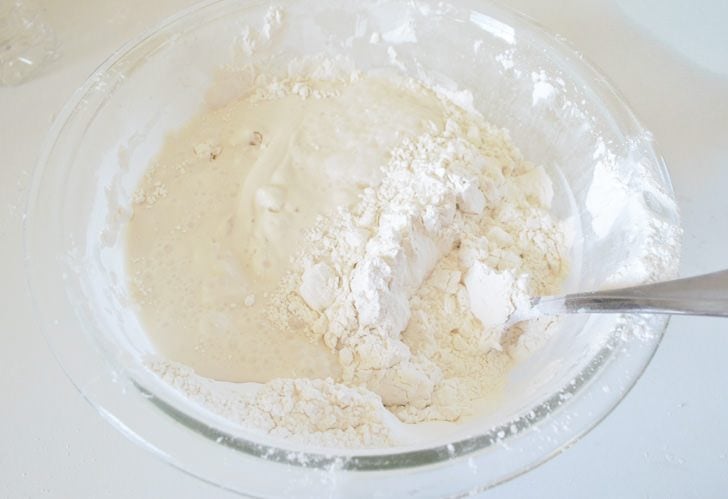 Add water while mixing until you get a nice slurry. It needs to be moist enough that it turns like a thick brownie batter. 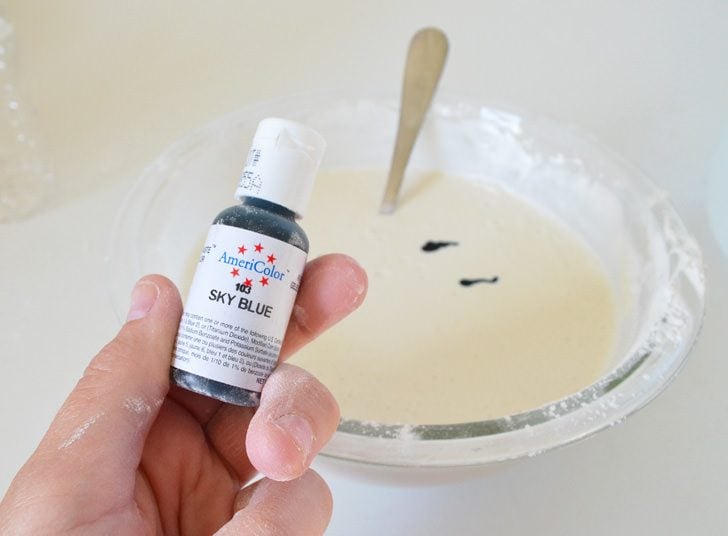 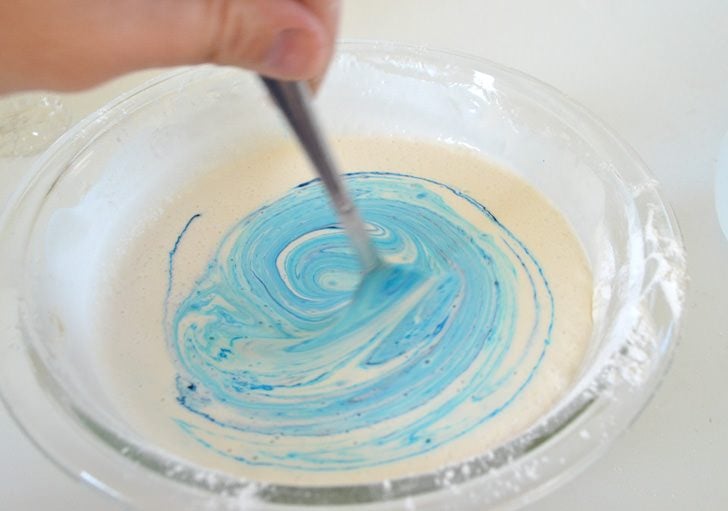 ..and give the mixture a good stir to incorporate well. Remember that the base we are tinting here is white, so when the powder dries it will be lighter than how it appears wet. Colored powder is typically very bright so you want to really get after it and make your colors really dark to begin with. 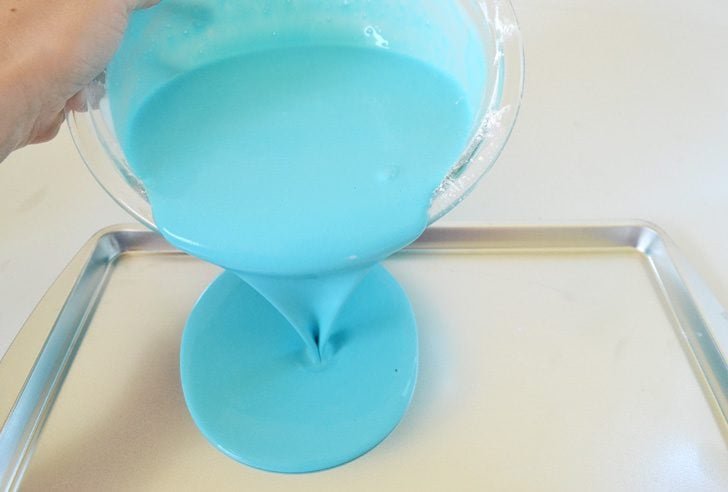 Pour the mixture onto a cookie sheet – I use these cheapie sheets from Walmart that are around $0.88 apiece and they are the perfect size. Set the mixture someplace dry and away from interested animals and children. I place mine on top of the refrigerator. Allow to dry for 2-3 days, allowing more time if you have very humid conditions. 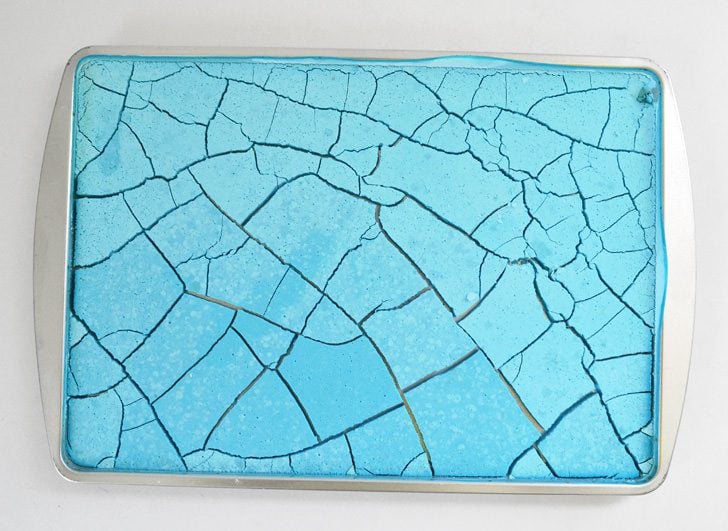 Once the powder cracks like the ground does during a drought, it’s ready to turn back into powder. If you start pulling this stuff up and the underside is still wet, it’s not ready yet! Flip everything over and give at least another 24 hours. You want this to be super dry to prevent it from having enough moisture to mold very quickly. 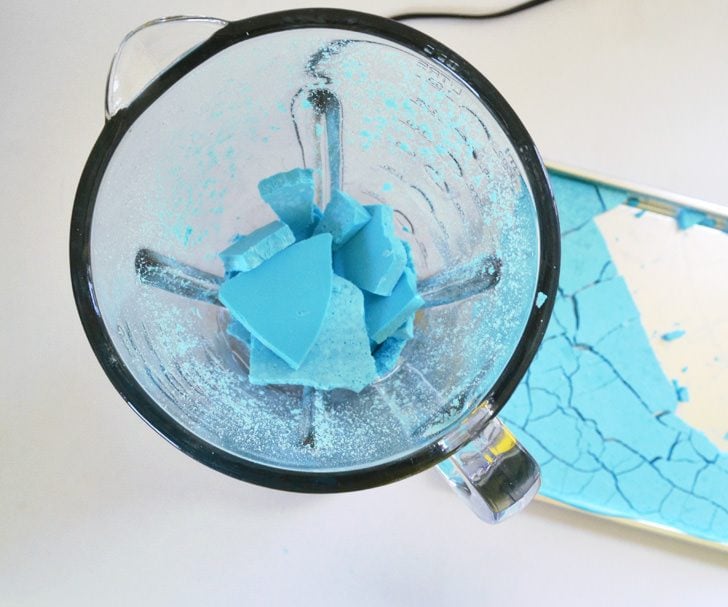 Place the chunks in a blender and pulse until you have smooth, colorful powder! 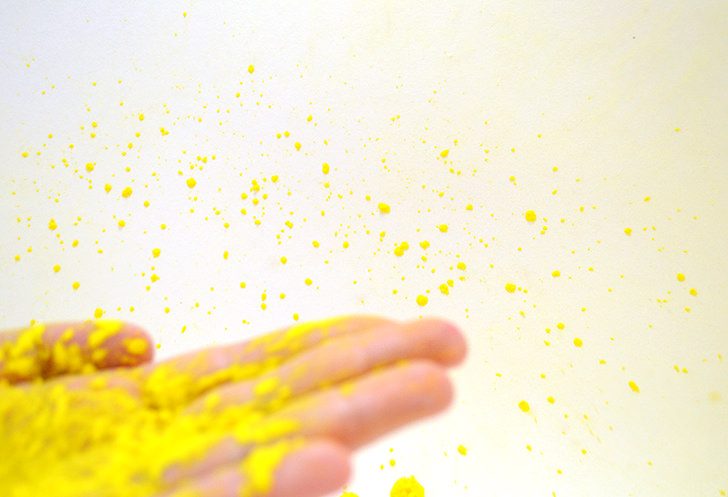 You can throw this at people or blow it out of your hand (that’s what I did for the pic – isn’t the stuff in the air so cool looking? :) or place it in your hands and clap them together to make a color cloud! However you choose to play with it, it should be tons and tons of fun. Or at least that is what 3 little boys have been saying about it! 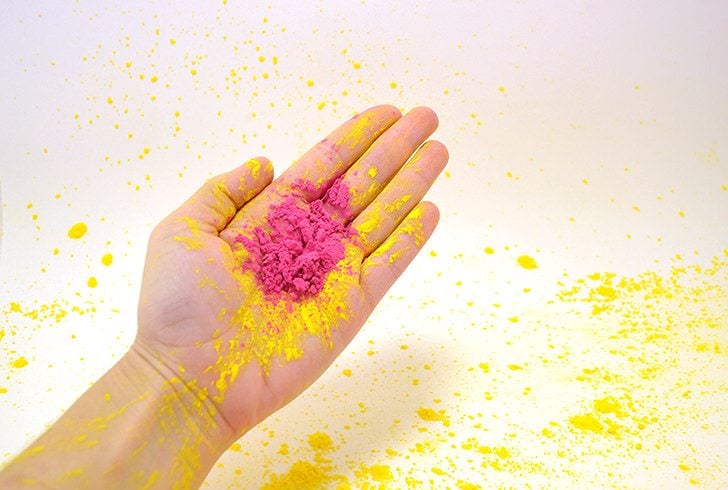 So whether you buy colored Holi powder, or make it, I hope you have tons of fun celebrating color. I know that some day when I get to, I’ll totally be smitten :) 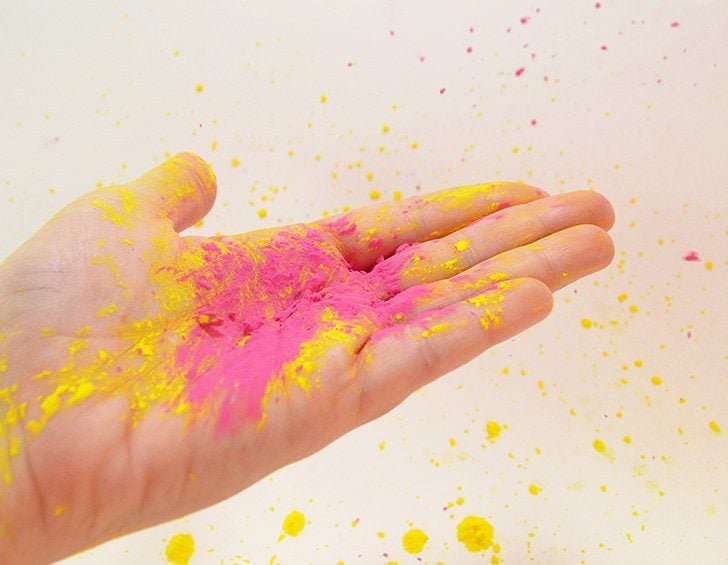