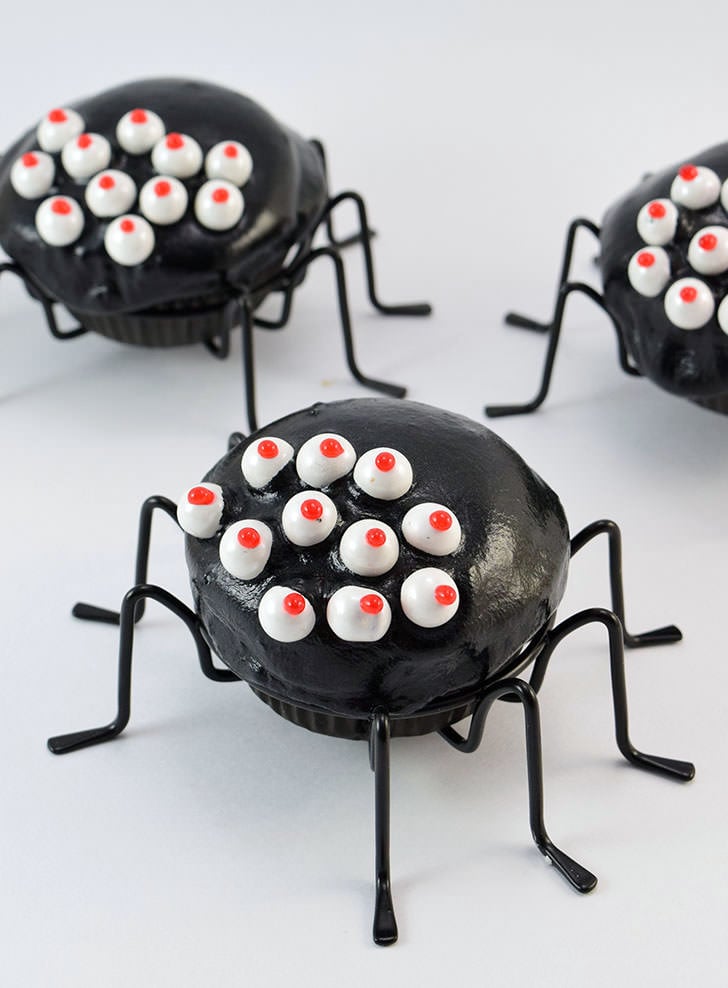 I love making cute food almost as much as I like eating cupcakes. That makes little projects like theses simple spider cupcakes a total win/win scenario for me! When I  needed to head to town for a few bits and bobs for projects I decided that I wanted to put these sweet little spider leg cupcake holders to good use.

I had first seen these when they were full price and, though cute, I didn’t want to spend $10 for a few of them and I passed them by. But when I ran in for some faux succulents for a new project coming up with iLoveToCreate and I noticed the sale sign in front of the Halloween baking it seemed like fate wanted me to have those little spiders. Because, you know, fate doesn’t have anything better to do than ensure I get a good deal on little metal things that make cupcakes look like they have legs! :) 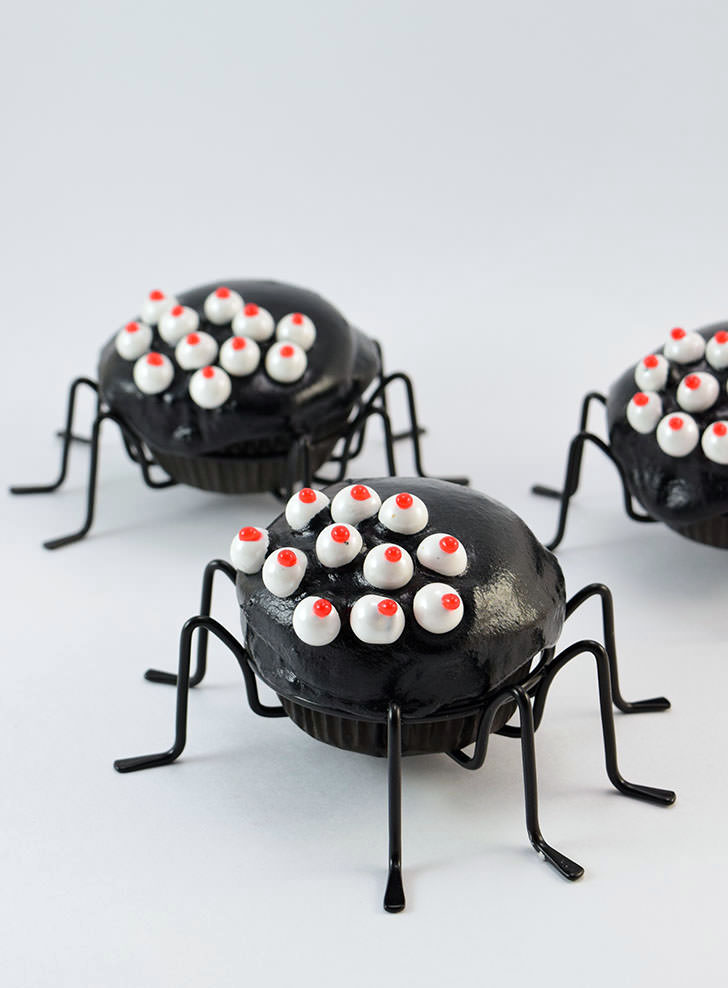 I’m really excited to let you know that these guys are really, really easy to make and you can even use a box mix OR you can talk to the baker at  your grocery store about getting cupcakes that aren’t iced. I have to do gluten free, but out of curiosity I asked what they would charge me for a dozen cupcakes without frosting and it was a cool $3 for a dozen. So that’s totally an option open to  you if you’re in a hurry. 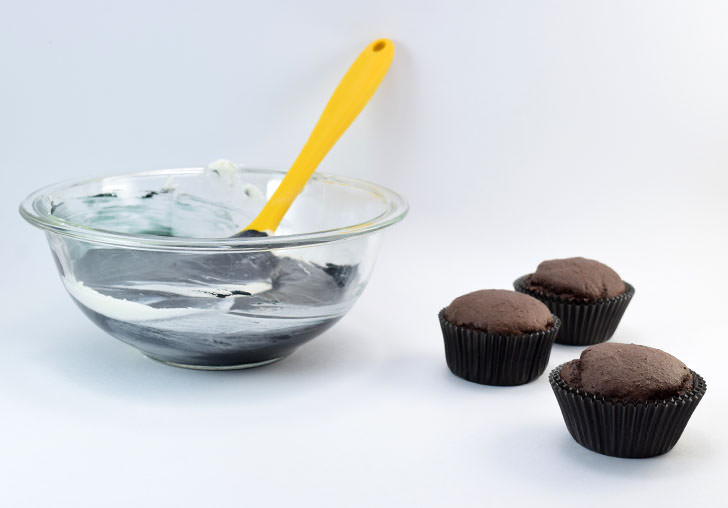 Bake up some cupcakes and prepare your favorite frosting recipe, making it a bit more stiff/sugar-y than you normally would. I ALWAYS forget that you have to add A LOT of black food coloring to white frosting to make it nice and dark and it thins the icing out considerably. I only remembered this go AFTER I frosted three and watched the icing drip down the edges slowly. Luckily it wasn’t so loose that it’s dripping on the table but things totally could have gone down that way! I’ve decided that the drippy look works, and Rob’s momma Ellen concurs, so we’re going with it! 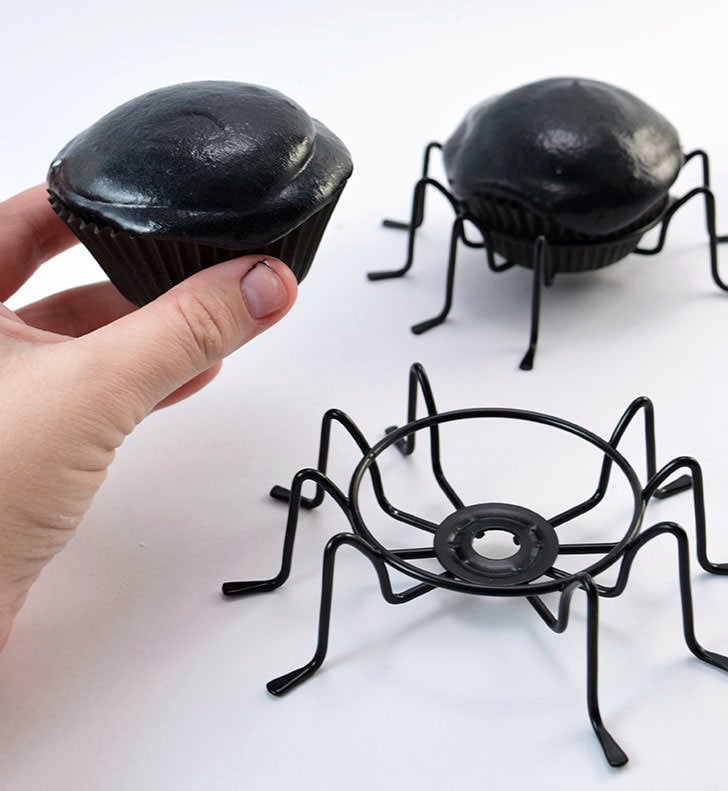 Frost those puppies and place them in your leg cupcake holders. Again, Michael’s and they were $5 for 3 of them (or pin this and buy a whole mess on clearance for next year – I am so cheap that I’d only buy one set but I’m so going to get more when the season is over!) 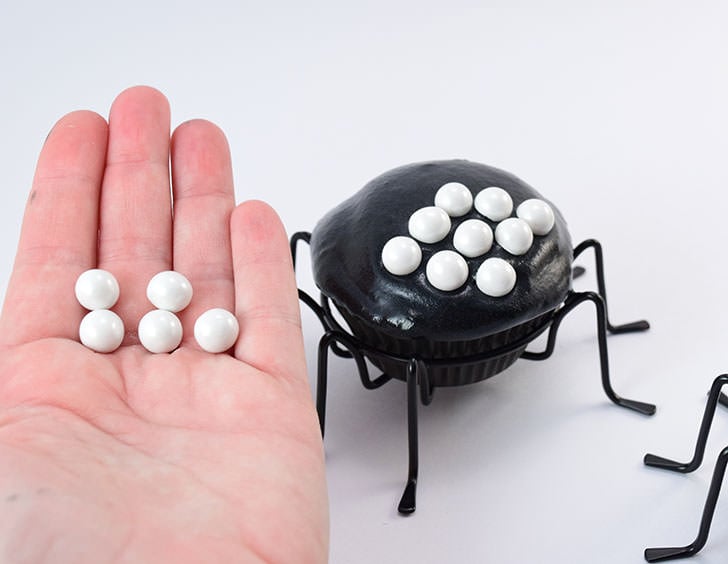 You can get white Sixlet candies in the baking aisle at Walmart or online at Amazon. The smaller package works well for between 5-7 cupcakes. In the wedding planning section at Walmart they sell larger bags that would be more affordable if making larger quantities of spider cupcakes.

Push a good several Sixlets into the cupcake at the front of the stand. You don’t have to count out an exact number or make a specific pattern unless you want to. Totally willy nilly is what I went for and I’m quite happy with my finished spiders. 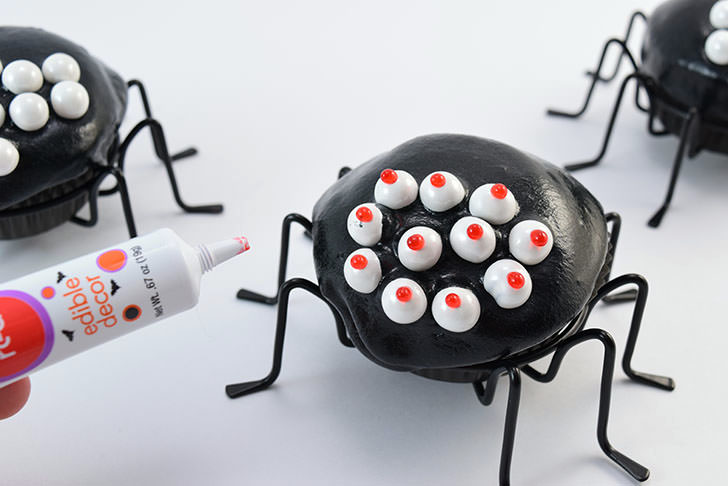 Practice with your gel writer making little dots and then place a little dot on each Sixlet to finish up the eyes. 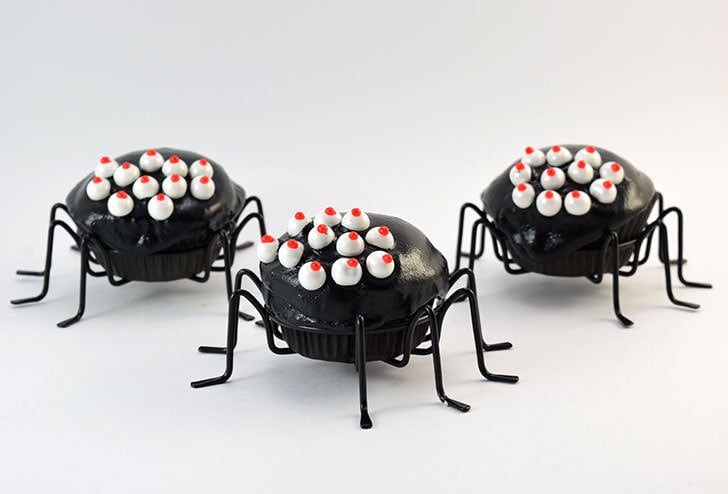 Look at those drippy suckers. So cute! So tasty! So easy!