I know some of y’all think I’m nuts and you wouldn’t be all that wrong :) It’s been a full week since I’ve shared a tutorial and that’s a big deal around here. I’m normally more on top of my game than that! But I had this idea to make holographic slime. Cool, right? I made my test batch and it was so cool. SO COOL. Even Rob was impressed and he isn’t into the goo like I am.

So it works and all and now it is time to make another batch while taking pics and then another while making a video. No big because it’s easy, right? Well you’d think so.

As it turns out capturing that awesome sparkle and holographic shine thing that happens is next to impossible. I have taken almost 3 THOUSAND photos of holographic glitter slime. Let’s let that sink in here… THREE THOUSAND. Two thousand nine hundred and twenty two to be exact. Oh. My. Word. And then there was the whole video thing and I was going to drop it and just do the pics but, in case you haven’t figured it out yet, I’m stubborn. Like, a donkey’s got nothing on me. That silly ass video was HAPPENING. And it did. It just took me a week and, wait for it, a little over an hour and a half of video footage to make it happen. And if you’re wondering, this isn’t a feature length film. It’s 1 minute and 30 freaking seconds. 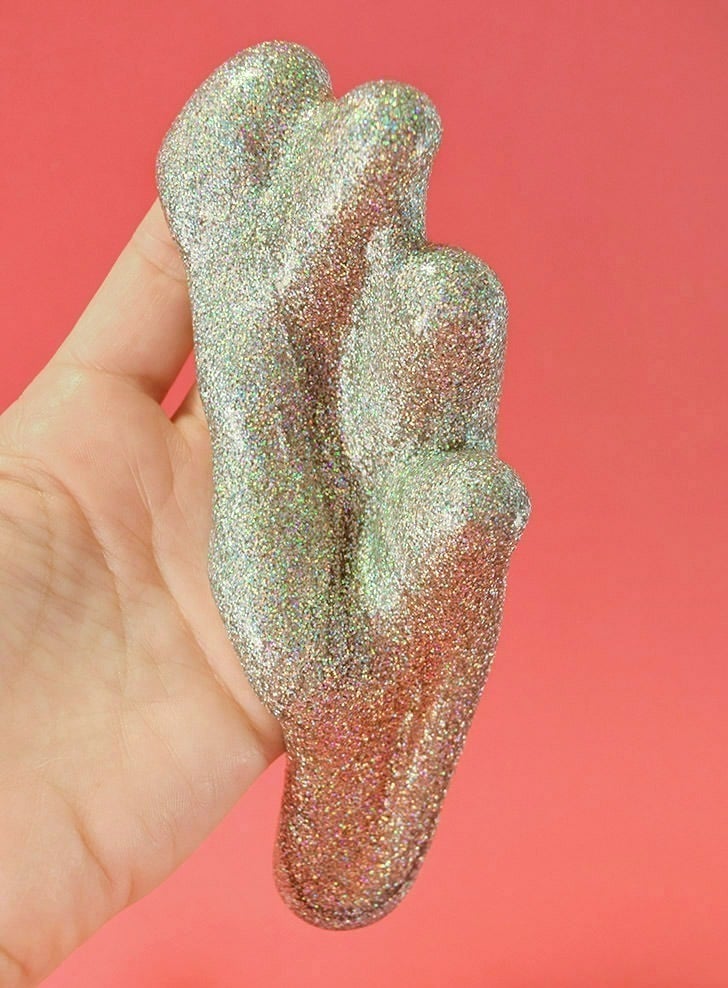 This. Whole. Business. Has. Been. Insane. But I was getting this business done. It turns out that different light set ups are going to provide different colors of the shine and cast. Now when you play with this stuff out in a room or even outside in the sun it blings like all get out. But when you put it into a light box it just goes flat. I tried taking pics outside but they were so harsh. I tried taking pics with a bazillion different types of light bulbs (really old kind of orange glow bulbs Rob has to warm up settings for paintings, my regular cool LED lights, daylight bulbs and soft white bulbs) in a bazillion different ways pointing one in one direction then trying again with it in another.

By the weekend I was feeling crazy folks. C.R.A.Z.Y. But luckily my Sweet Rob is ab fab and he insisted we go out and live life and work on our dual project, our Texas Travel blog Sightsee Texas.

Estero Llano Grande features 3 types of landscape from shallow lake wetlands to treed forest and even thorny dirt trails dotted with cacti all in one park. The birding is amazing and the entire facility gorgeous! More info on the blog!

So we went out and ate amazing food at interesting places and got sunburned trekking through the South Texas heat to visit a hypersaline lake in Linn, TX and Estero Llano Grande State Park in Weslaco, TX. I may or may not have even peed in the scrub worrying my eyes from side to side watching for an imaginary javelina to knock my head off while yelling at Rob to go further away so he couldn’t hear my bathroom sounds. But maybe that didn’t happen at all :) You can see a bit of what went absolutely for a fact did go down over on our Texas Travel Instagram.

But at the end of the day, erm, week, I got a whopping 3 decent photos and some okay video footage. So without further ado let’s get this thing over with because as much as I love it I am so over it! Haha! First up, here’s a video tutorial if you prefer to learn in that sort of a way. Watch out, totally sci-fi music up ahead :) 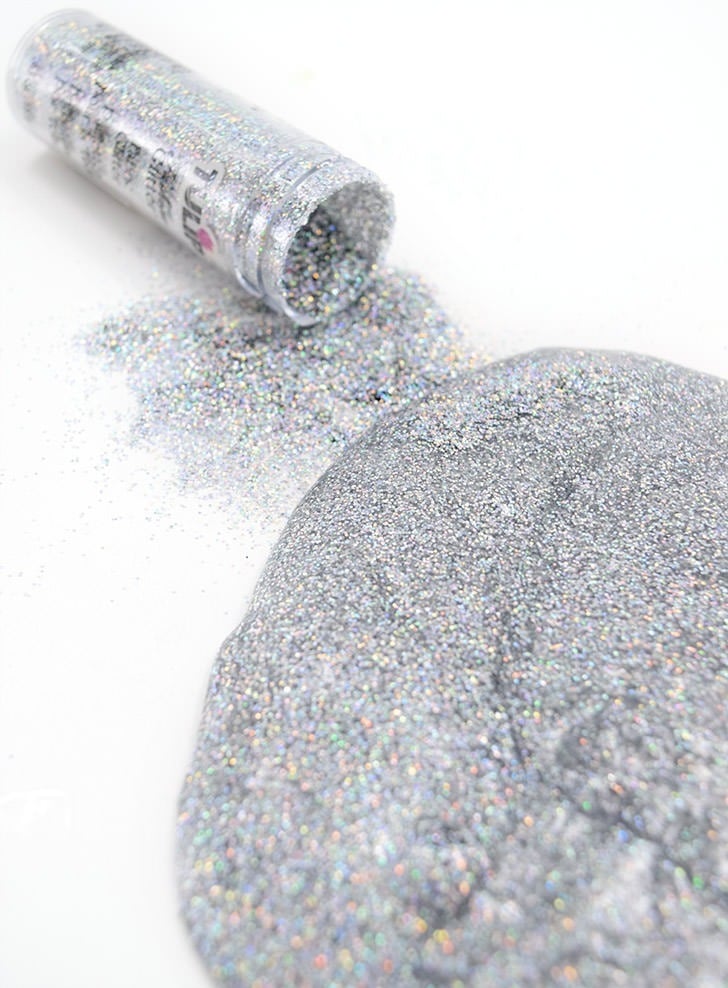 First up let’s talk bout holographic bidness. Now you can get super fine glitter by Recollections at Michael’s and it’s pretty sweet for slime. I went with Tulip Fashion Glitter which is also fine, but not nearly as much as for paper crafting. The larger the glitter the larger the sparkle. But you can get too large. I also had some holographic Martha Stewart chunky glitter and it was awesome but a bit too much. No matter what you use, it will still be awesome. Feel free to use something you already have on hand to save some cash or grab what you can at the craft store you frequent. 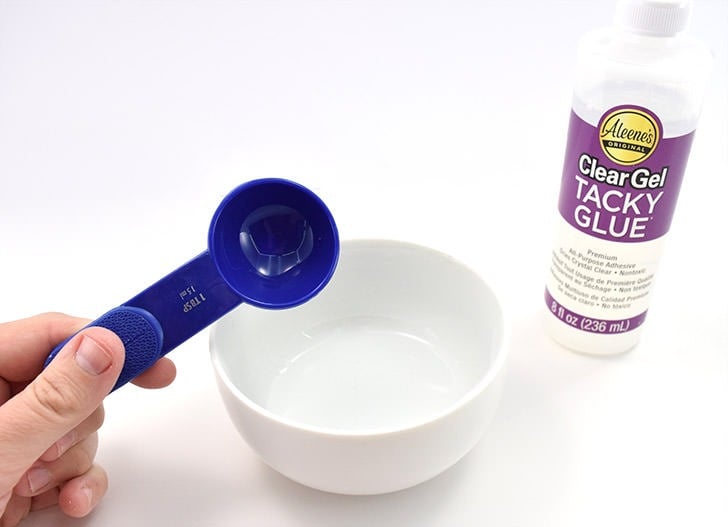 Now let’s talk a moment about glue… For best results you need to use a clear glue. Most recipes use clear Elmer’s School Glue and that works great but did you know you can also use Aleene’s Clear Tacky Glue Gel? You absolutely can!

To start you’ll need to pour a tablespoon of Clear Tacky Glue into a small bowl.

Add 2 tablespoons of distilled water and mix until everything is nice and loose inside of the bowl. This might take a bit longer than you’d think at about 30 seconds. Trust me after my many, many batches. Mixing this up well will help you from having weird clear streaks in your slime that the glitter doesn’t want to go into for some reason. 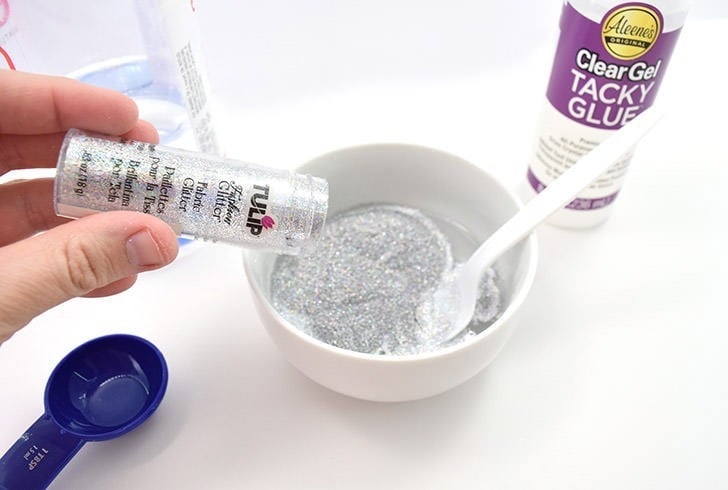 Add your glitter to the mixture and stir well. Add as much or as little as you’d like but I’m gonna come down on the more is better side of the glitter crafting spectrum.

Now notice how this holographic business looks pretty much just silver? I swear, it totally is holographic it’s just under my bright white LED lights the only color the glitter reflects is super white or a little blue making the glitter seem less fun than it is in real life… 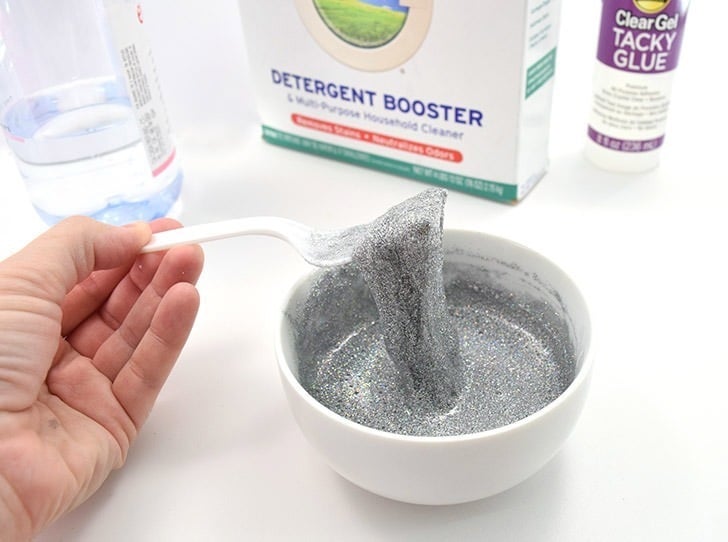 Add a tablespoon of Borax to a cup of warm water and stir to dissolve as much as it can. Add your Borax solution to your glitter mixture a little at a time. Begin to stir and your slime will start to form. Add more Borax as necessary to turn most of your goo into slime.

Allow to sit about 10 minutes to absorb as much liquid as possible and then drain off any excess water. Knead to get rid of the goopy sticky texture. A little bit will keep the slime loose and slimy and a bit longer will make the texture firmer, more like play-putty. 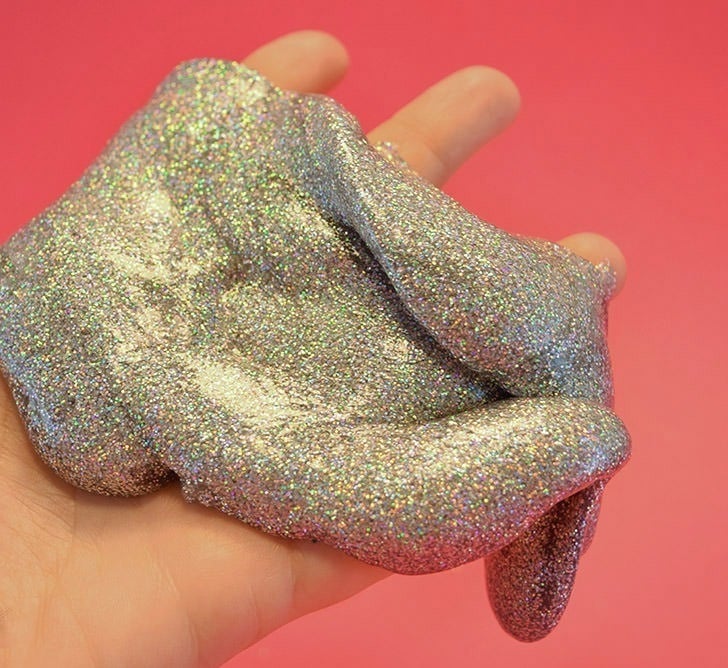 Now isn’t that pretty? FYI that’s absolutely no sunlight, 2 soft white bulbs pointed up and away from the slime diffused through white fabric and 2 very warm, orange bulbs pointing down but away without any diffusion. And to think I figured this out only a few thousand photos in :) It’s also what it looks like the most for me out in regular light when I’m messing with it in my living room or whatever. BLING!

And I’m slimed out for a little while but if you want more you can check out some of my previous recipes for plain ol’ Elmer’s School Glue Slime, Heat Activated Color Changing Slime and Magnetic Slime. Until then I’m off to whip up some Easter crafts. Huzzah! 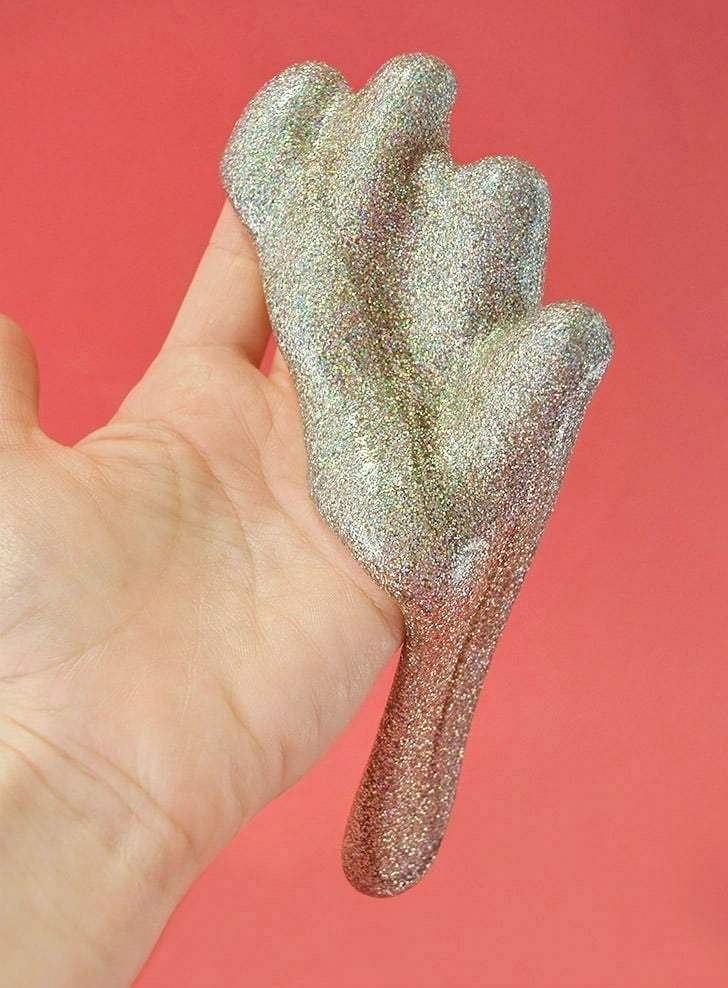