I like surprises. I like when things are not exactly as they seem. So when I got on my current homemade slime and homemade play putty kick I wanted to make different recipes. Not just a different color or by just adding something different to it like confetti or sequins or something but really, truly different… Interesting… Awesome.

First up I made some magnetic slime and putty that I shared last week. This stuff can be manipulated with very strong magnets. The thicker stuff chases after the magnet on a slightly greased tabletop. It totally reminds me of a thick little black leach. It’s gross but still cool. Then there is the slime which is looser and tendrils up and out thinning as it is pulled further away from the mass to the follow the magnet up in the air. The reactions of both almost make it seem like the stuff is alive.

Now before I got all magnetic I wanted to make color changing slime but I ran into some issues. See to make slime that changes colors we need thermochromic pigment. All thermochromic means is that a change in temperature changes the properties of something to where it changes color. A very popular thermochromic item that we’ve probably all owned at one point or another is a mood ring.

The first batch of thermochromic pigment I purchased did not work out well at all. Changing from purple to red I just knew that this was going to be the most awesome slime EVER. But what I didn’t even know at the time was that pigments have different temperatures at which they change. The one that I selected and purchased would need to reach 92°F before the changing started to happen. When I got my pigment in the mail WEEKS later (this stuff was shipped from China which I didn’t realize at the time of purchase) I excitedly hopped to making my color change slime but I literally could NOT get it to change with my hands. I don’t even know if it’s possible to get your hands alone to 92° to even begin the color change. I had to put the stuff in the microwave before the purple would turn pink. That’s not much fun at all now is it? 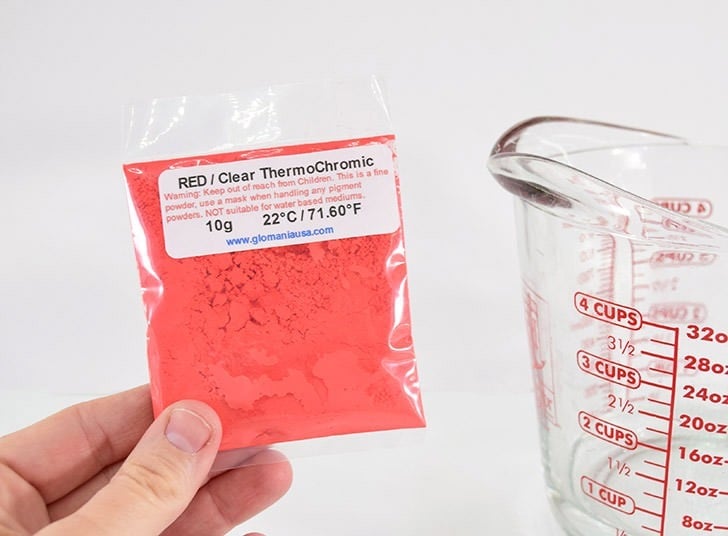 So I headed right on back to Amazon on the same day to purchase a different pigment and this time I paid much better attention to the temperature needed to start the color changing process. In the end I found this red thermochromic pigment that turns clear as it gets warmer with a color change at 71.6°F. That’s a big, big difference from 92°. With a better pigment in hand it was time to try this business out again.

Heads up and in advance I’ve gotta tell you that this stuff is not cheap. Plan on spending anywhere from $15-25 for about 10g grams. Though a bit pricey I think it’s a pretty awesome little reaction that kids are really going to love experimenting with.

So now that you have most of the details let’s get on down with how to make it. For this project you will need: 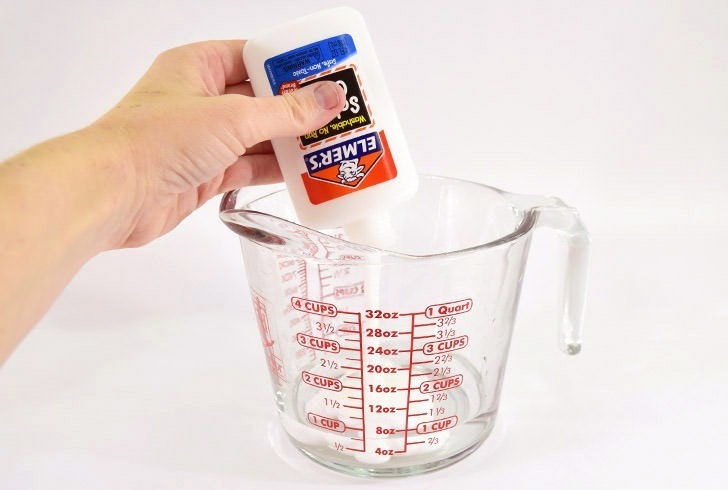 To make color changing slime the process is just like making regular slime so you’ll first empty a 4 ounce bottle of Elmer’s School glue into a bowl or something. Add 4 ounces of water to the glue. 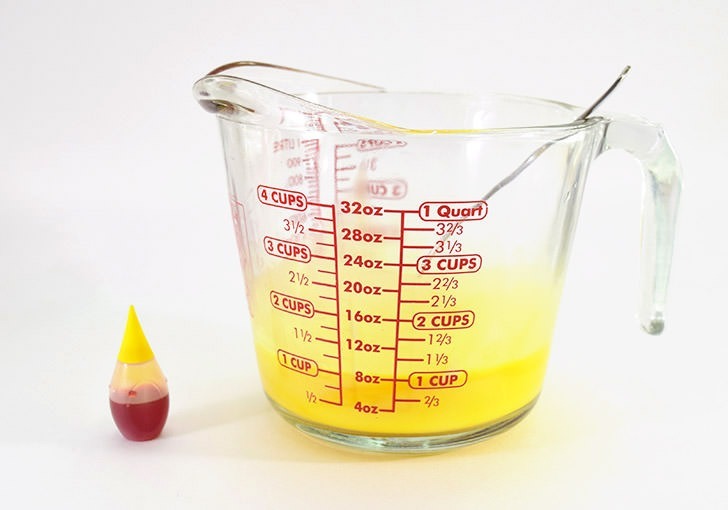 Because our pigment turns from red to CLEAR we need to add color to the base of the slime or it will turn white which sounds awesome but I tried it and it really isn’t. A few drops of food coloring are going to go a long way so add 3-4 drops to your glue and water mixture and stir to evenly distribute the color. 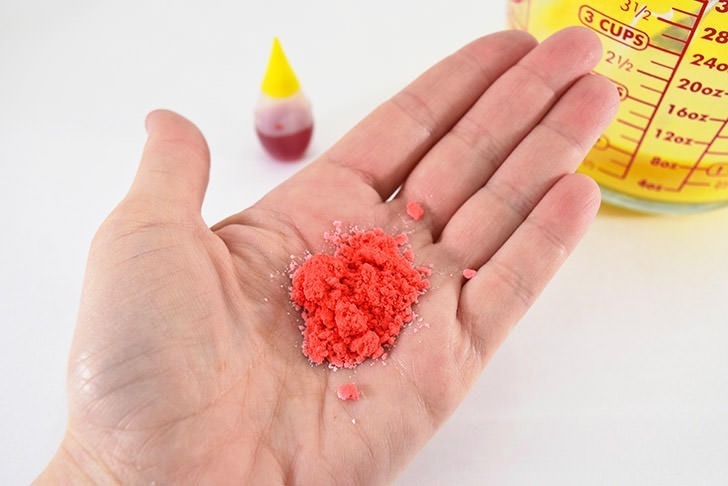 Now this is where our pigment comes into play. This is about a very loose tablespoon in my hand and you need at least this much for this project. This is one of the few cases where more isn’t just more it’s actually better in the end. Now notice how around the edges the pigment is turning white? That’s from the heat of my hand. Pretty cool, eh? 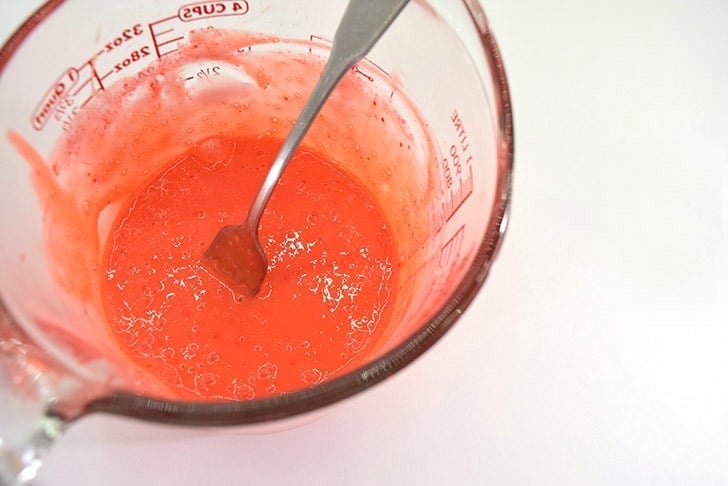 Notice how my pigment is red but the slime is orange? That’s because we tinted the glue yellow for an interesting color change and red + yellow = orange. If you pick a color combination that results in brown, like yellow + purple or red + green this is going to be some pretty gnarly looking business. Make sure the colors you are using combine to make an attractive color. 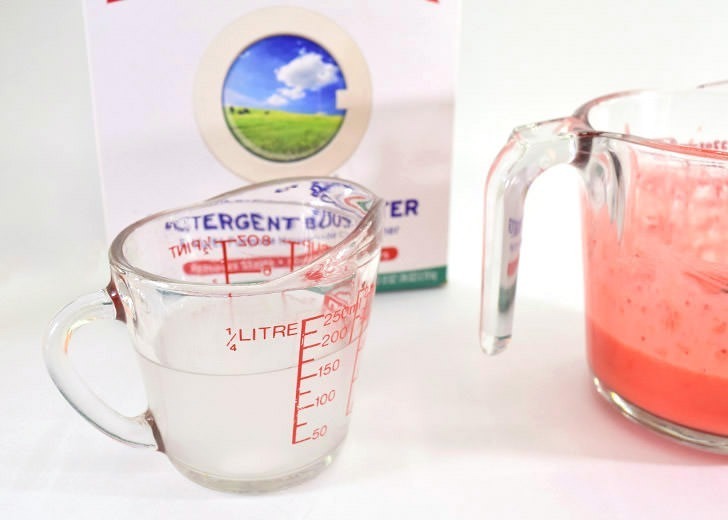 Now we’re getting back into regular ol’ slime making territory. in 4 ounces of water mix in 1 teaspoon of Borax powder. For this batch of slime I tried using warm water to see if the Borax dissolved better into the water than it does chilly straight from the tap and it actually does. 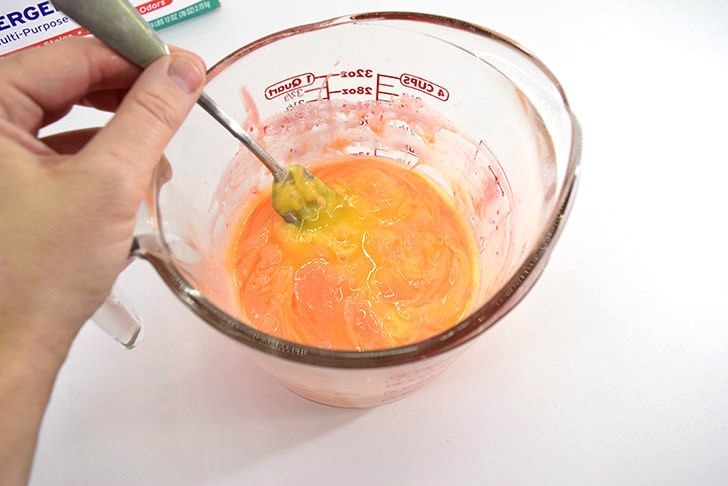 Pour the Borax and water mixture into the tinted glue mixture and watch the slime start to form. Now remember how my water was warm? That’s why my mixture is yellow rather than the bright orange from the pictures before.

Mix that business really well until it’s not going to take on any more of the water mixture. You will have a little bit of liquid that does not get absorbed into the slime. That’s normal, just discard it. 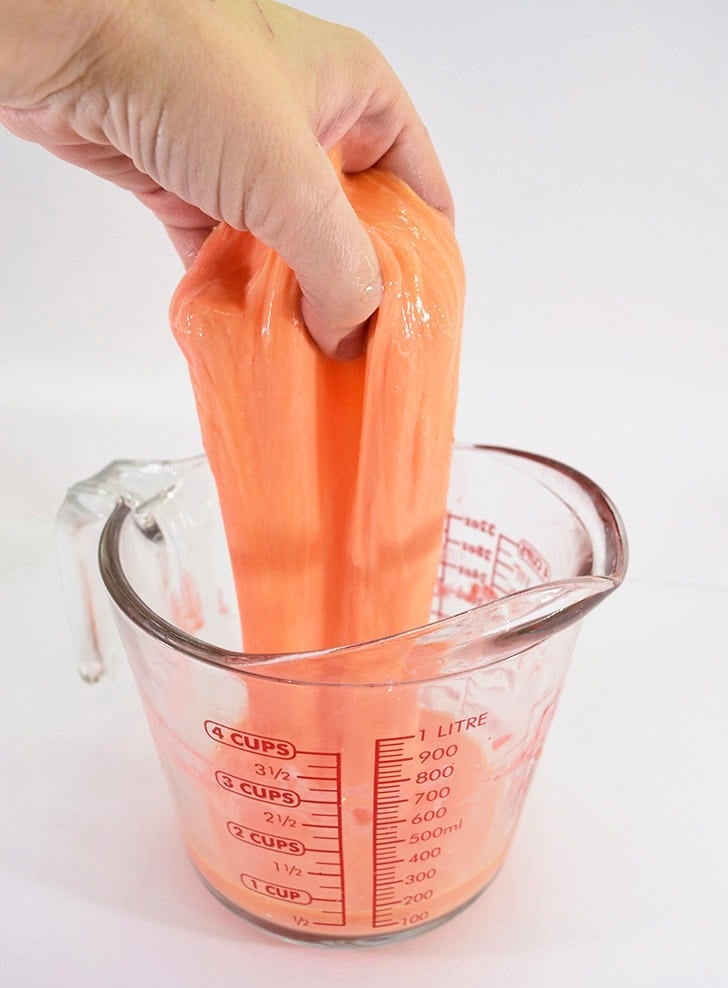 The slime will start off very runny and very sticky. Work it until you get that lovely yet very gross slippery slime texture. Again, note how it’s orangey from my working with it? Cool! 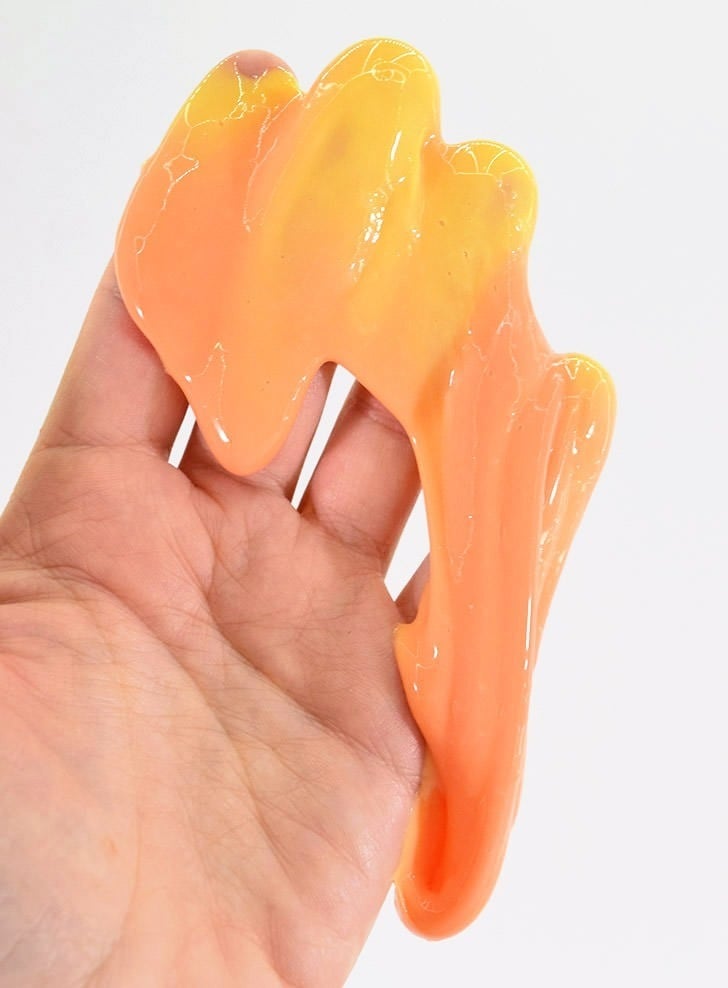 Yay! We just made color changing slime! Something to note is that getting very strong colors in the slime at the same time isn’t easy. It’s more likely to evenly change with the heat of your hands. Realistic expectations are slime in in hand will change color EVENLY rather than radically.

In order to get the awesome contrasting colors like the orange and yellow pic below you’ll need to find things to play with and experiment for the color change. Placing the slime on a clean rock warmed on very low in the oven can help the slime turn the perfect shade of the color you initially tinted with the food coloring (like my bright yellow). Putting the thermochromic slime on something very cold like an ice pack will make it change as strongly as possible to the color of your thermochromic pigment. Again the temperature of hands alone will not make this strong of a reaction seen below So bust out some items of varying temperatures with your slime and let the kiddos experiment and learn! 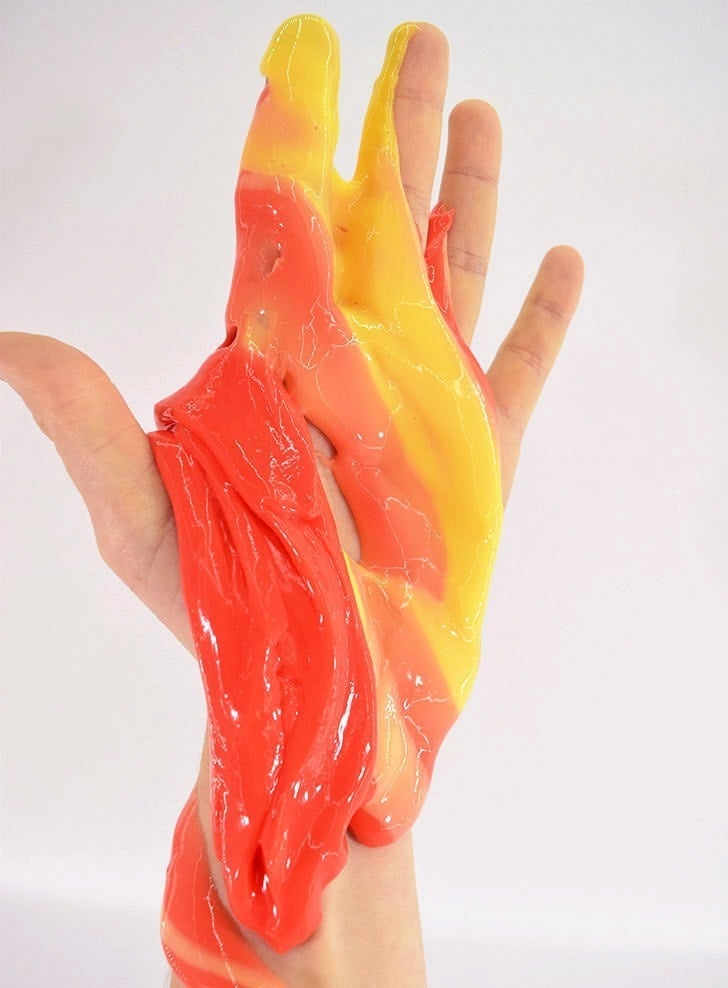