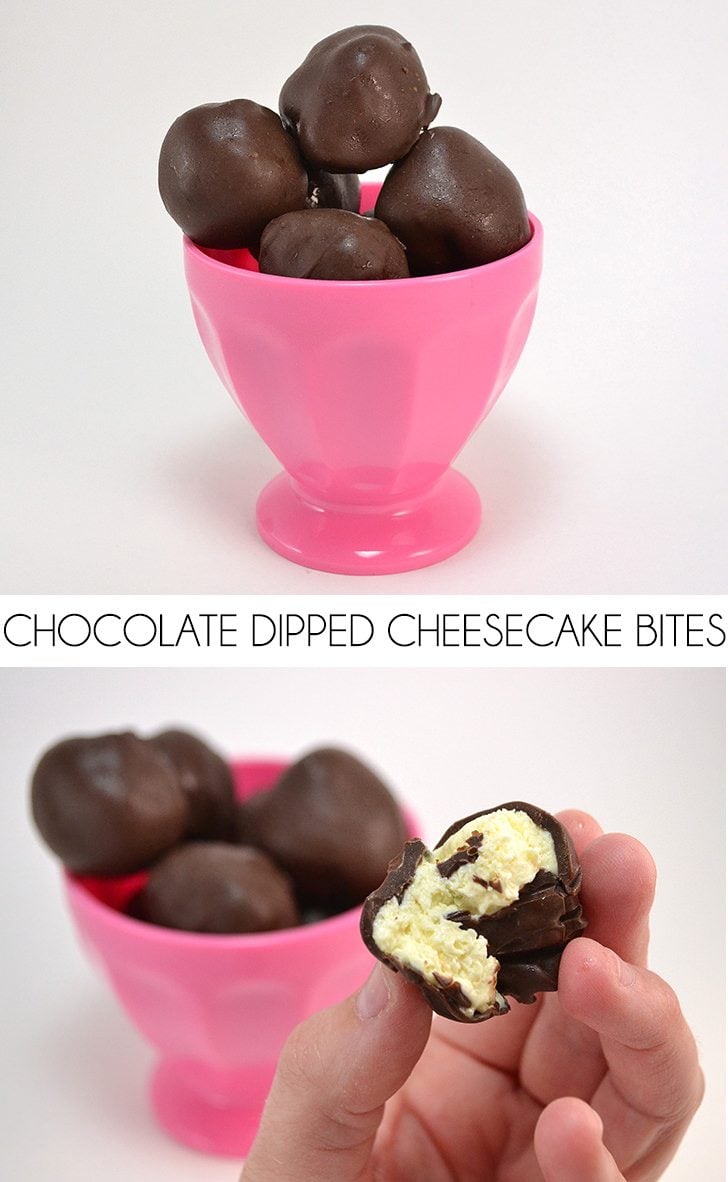 Do you ever get a crazy craving for something? Here lately I’ve been totally in the mood for cheesecake. Bad news is being unable to eat gluten I can’t just run out and quell the craving with a slice at any restaurant. It’s been on my to do list for AGES to try and make a GF cheesecake that doesn’t crack. Because, let’s be honest here, it isn’t that easy to make one that doesn’t just rip apart on the top. I don’t know why or how it happens but I just wasn’t in the mood to try it out.

So instead when Rob and I were getting a few things I ran to the cold side of the store and snapped up a tub of cheesecake filling from Philadelphia. When we got home I popped that lid open and we spooned the filling out of the tub in bed and watched a movie and it was fab. My desire sated I tossed the tub into the freezer for later satisfaction.

But as it turned out the texture wasn’t quite the same as it was after it thawed out. It was softer, mushier and lacked the thick and creamy texture. Instead of throwing it out I decided to cover it in chocolate. I mean, that’s what you do, right? :) 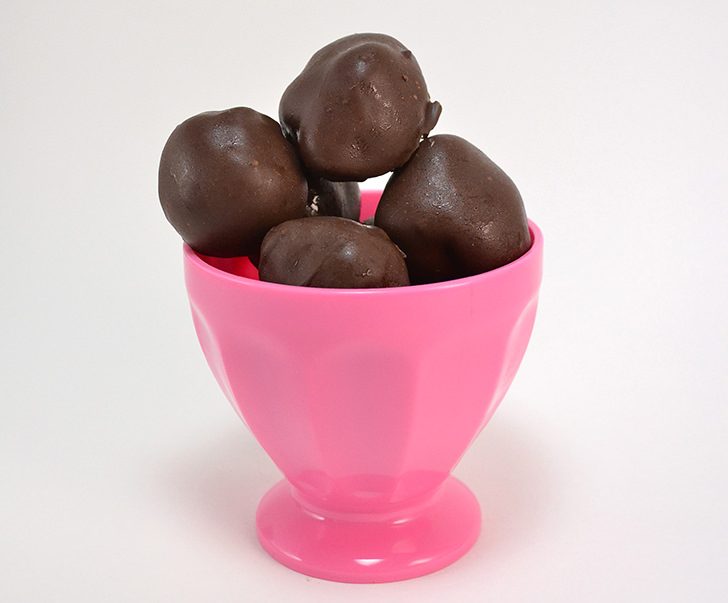 And as it just so happens it turned out so awesome. These little chocolate covered cheesecake bites were so amazing that I  made myself sick off of them while taking picks because I ate like 2 because, oh, man, these are amazing! And then, like, 2 to get a pic of the inside but they kept breaking weird so I would do it again and again. Finally I was all, good enough!

When Rob came home I gave him one and he called it “pretty good” which is high praise from him. He really doesn’t get all that excited about much :) And then the next day I had like 2 for breakfast and then the next day I chucked those suckers in the freezer because these things can be a bad habit. In the future I’ll only make these when company comes around to help me polish them off!

Now apologies for lack of fab photography but this was kind of a last minute concept :) 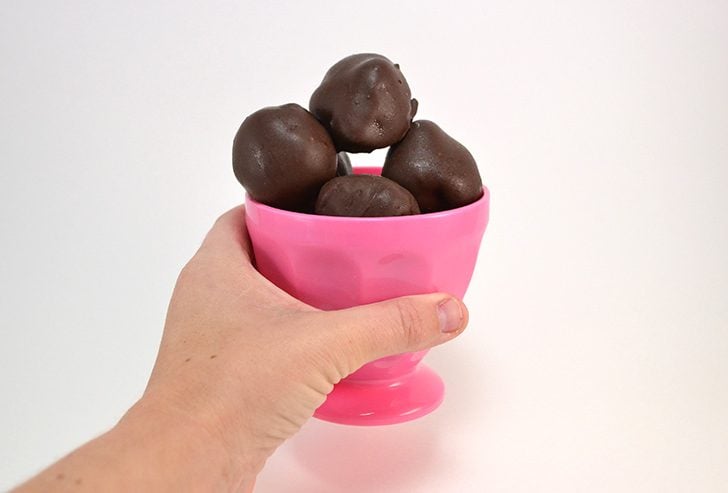 Freeze your premade cheesecake filling ahead and you’ll be able to knock these guys in only about 15 minutes! 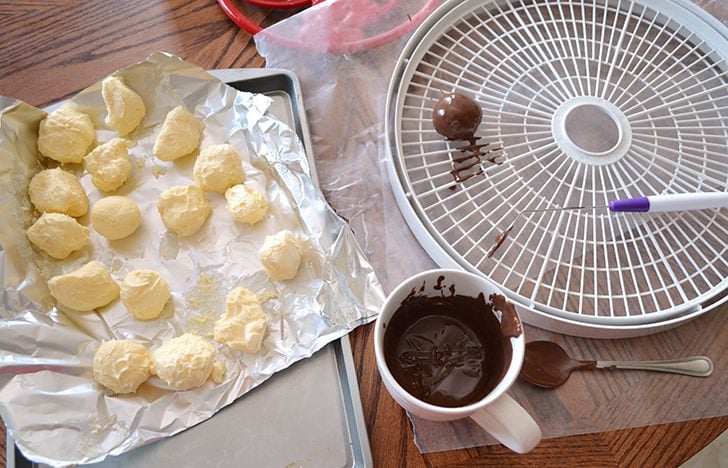 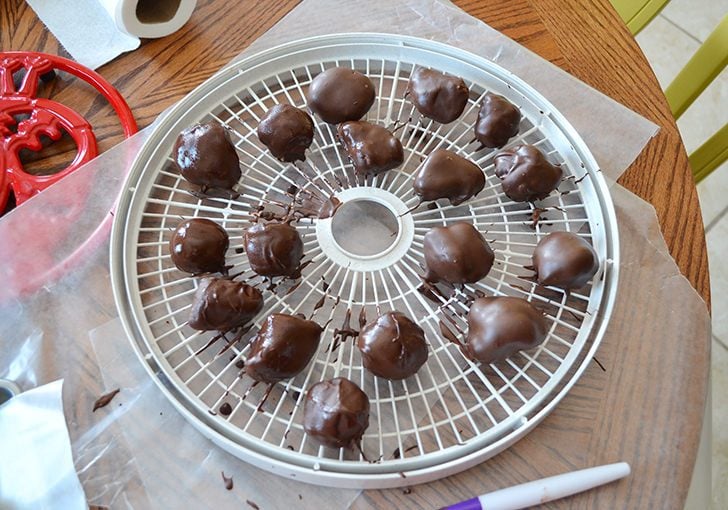 Now as they start to warm up they start to sweat. See below? I have no clue why this is but the heat of my lighting to take pics got these guys looking quite sweaty. 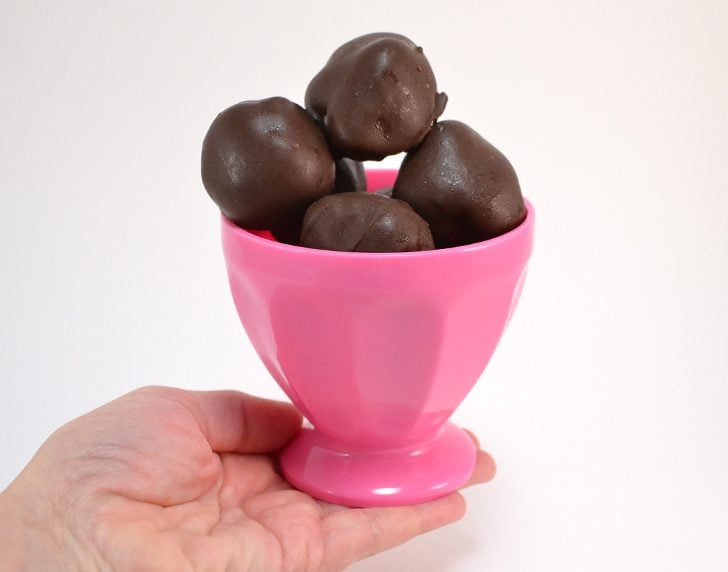 They still taste fabulous and I doubt anybody would notice or care. They really are just that good! Enjoy! 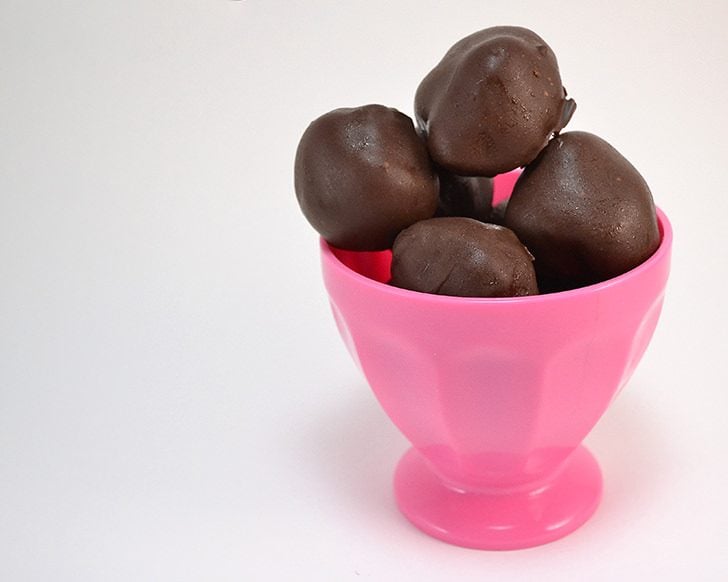 I'm a crafty cat lady with big dreams and an inability to sit still. I make it, I live it, I love it. Here at Dream a Little Bigger you'll find lots of inspiration for crafts, crochet, DIY, food, pet life and all things rainbow. Lots and lots of rainbows.
2.0K Shares
Pin1.9K
Share20
Tweet
This site uses cookies: Find out more.