Look no further for the BEST Fresh Strawberry pie recipe. Perfectly sweet, this simple recipe whips up in minutes and is a strawberry lovers dream!

When I was a kid my mom and dad sat my sister and me down and asked if we would like a pony. Being in elementary school we wigged out. Of course, we wanted a pony!!! Were they mental? What kind of question is that? The answer to “do you want a pony” is always going to be YES.

That question was followed by a statement “well, we’re moving to Oklahoma where you’ll have your very own pony!” Um, what?!? There are most definitely ponies in Texas. Why is pony ownership contingent upon living in another state?

The answer was that they weren’t quite sure how to break the news that we were moving and starting off with some good news seemed like a good idea. They had fully planned on purchasing a house in the country and buying that pony but, in the end, we moved into a house my dad’s company-owned just to rent to recent transfers until we found a place. But my parents loved where we were and moving sucks so they bought the house from the company instead of some other place.  And that house in town with it’s little backyard meant, womp-womp, no pony. THEY LIED TO US! Just kidding :)

When I told my friends at school where I was moving I had lots of sage advice from my fellow elementary school students. The first thing I learned was that there were no paved roads, nor cars in Oklahoma. I would have to ride a horse to school and the grocery store. No wonder we were getting a pony! It was a necessity rather than a treat! I also learned that everybody was Native American and that the Oklahoma residents dressed in leather breechcloths and feather headdresses for everyday wear. Oh, goodness! We were going to stand out like sore thumbs not knowing how to ride a horse and wearing our Reebok pumps instead of mocassins.

But then we actually moved to Oklahoma and it was an awful lot like West Texas. It just had trees and hills and the kids had a different kind of an accent, but there were paved roads and Z. Cavaricci jeans in Oklahoma, too!

There was a restaurant in Oklahoma City we had never been to before, though, Pioneer Pies. My sister and I LOVED GOING TO PIONEER PIES because it basically meant that getting a dessert was an absolute guarantee. Our 2 favorite flavors were the chocolate silk and the fresh strawberry pie. And since I’ve been spending so much time with my parents who can eat gluten and wheat, I’ve been finding myself wishing I could eat things that I haven’t been able to have for many years now. And one of those things that I figured I could work out a recipe for easy enough was that Pioneer Pies Fresh Strawberry Pie. And in the end, I think I NAILED IT!

If you use a gluten-free pie crust this recipe is absolutely gluten-free. And it’s fresh and amazing and with strawberries aplenty at the grocery stores right now, it’s the PERFECT TIME to make this cool, refreshing and fruity summer pie. Yum-O! 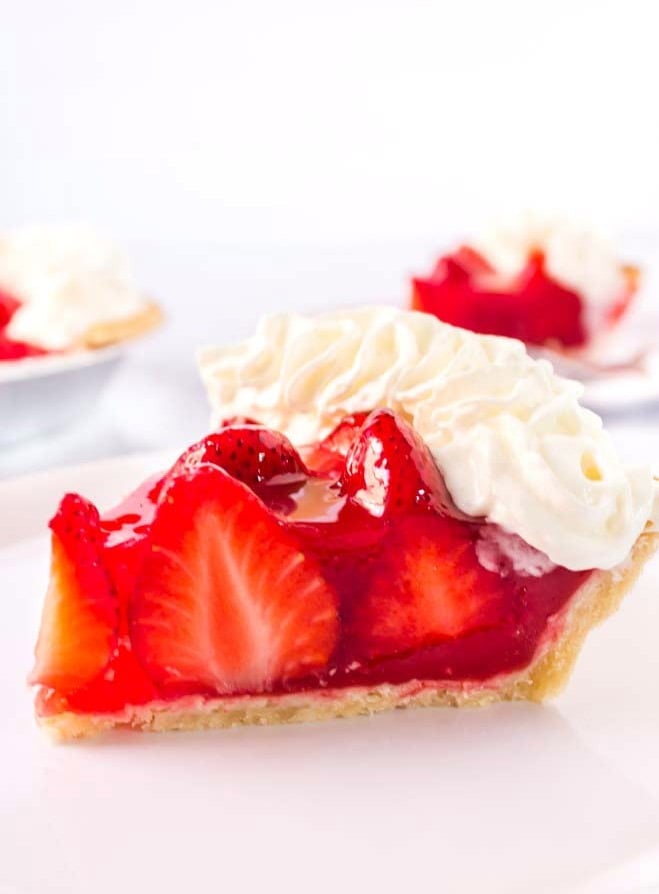 Let’s check out this fresh strawberry pie recipe that will hardly heat up the kitchen and sate that sweet tooth! 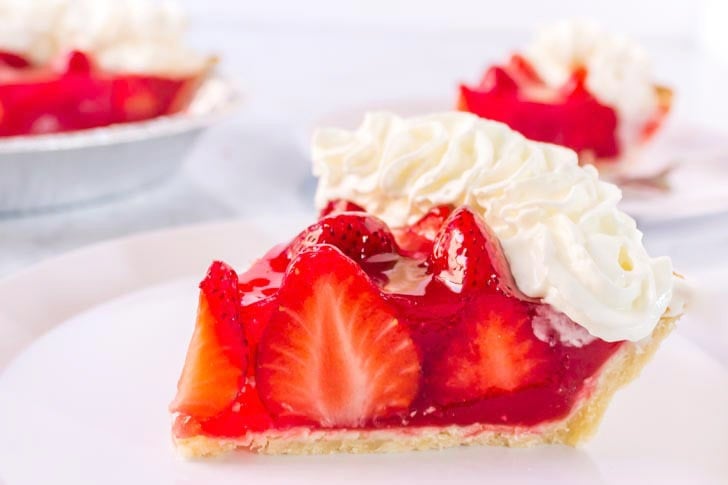 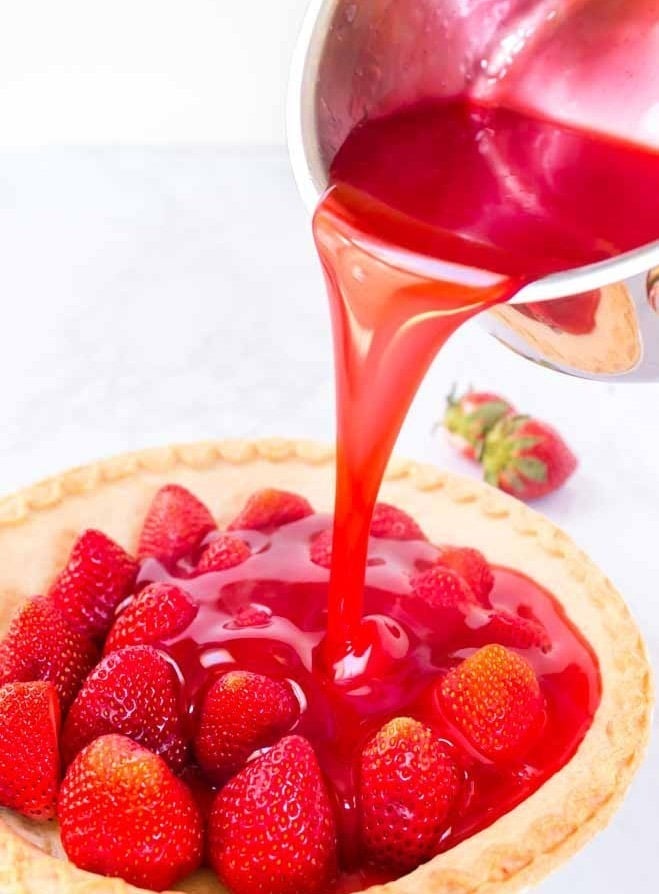