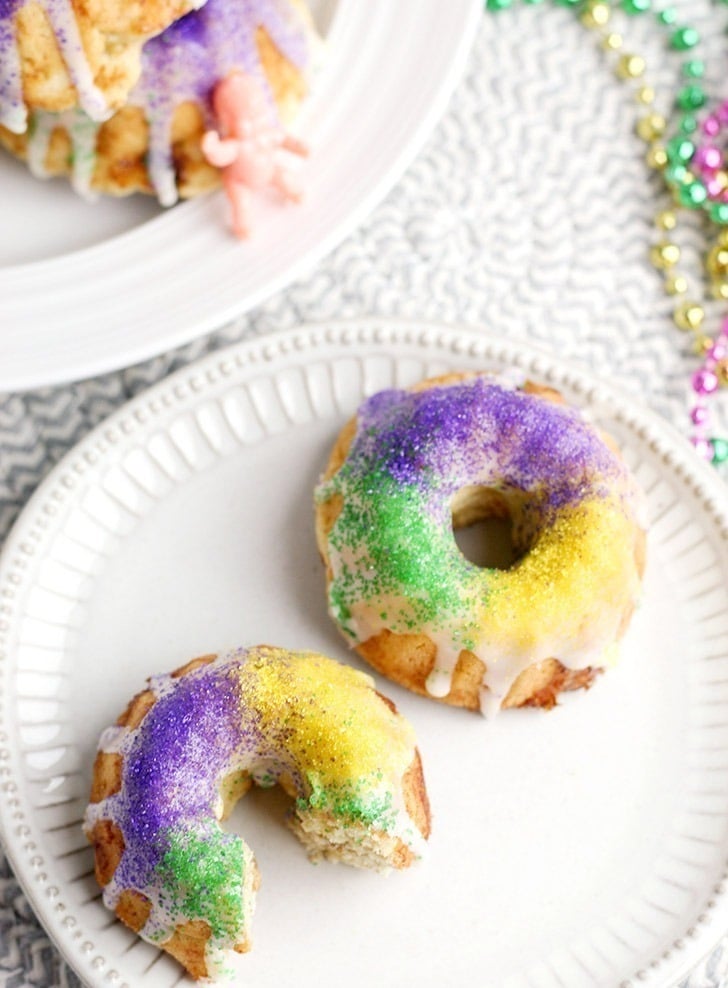 The GF no longer need be left out! Get this amazing recipe for Gluten-Free King Cake that is so much like the original, we bet you won’t notice the difference!

I’ve only been to Louisiana as an adult once and I found New Orleans to be such an awesome place. Back about 3 years ago I traveled to the Bayou State for a party and got to visit some pretty nifty things.  The French Quarter had some really neat shops and entertainment along its sidewalks, though I did very often seem to catch a whiff of pee, which seemed weird to me, but I was told this lingering odor was very likely from revelry the night before, something Bourbon Street, in particular, is apparently known for. I got to ride on a streetcar which on the downside was bumpy and hot but on the upside was also very interesting. The Audobon Zoo was a lovely little gem of a place and the New Orleans City Park a spot that I especially loved because of all of the moss-filled trees, so lovely! And there was so much more I wanted to do and I anticipated visiting frequently to be able to do them. I tried to plan a trip several times, but it turned out me and my nephews were the only ones interested in having a visit and we always got vetoed and hit up San Antonio every summer, instead. Maybe I’ll take them to NOLA  in 2019 now that there is no reason not to! :) 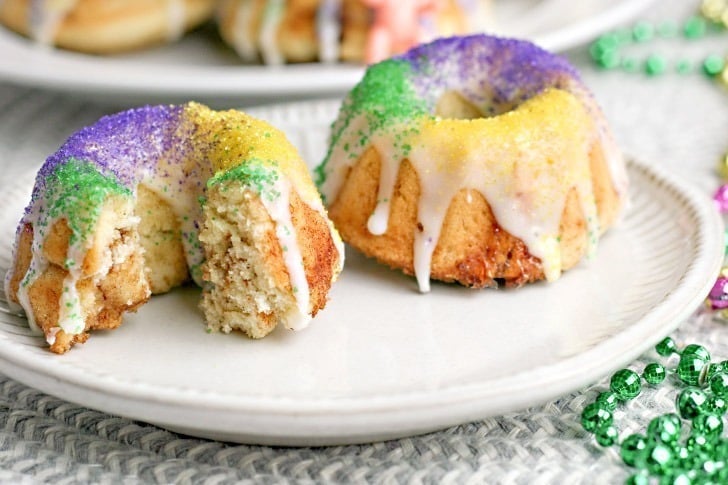 The cuisine in New Orleans looked to be amazing, but being Celiac and therefore gluten-free meant I got to watch others tuck into amazing looking po’ boys and Cajun and Creole food but didn’t actually get to partake myself. And oh, I really wished I could have tried one of those beignets… they looked like little powdered sugar covered pillows of heaven! And I should know because when the crowd got hungry we went for the others to get them several times and I just got to breathe in the lovely scent, smile and say “oh, I’m not hungry” over and over again. On the last day, however, I did get to visit a bakery featuring lots of gluten-free items and I headed back home with a box of totally GF baked goods on my lap, something that was a really pleasing thing to do, though. Ooh, and on the drive back home, there was also a seafood restaurant where I got to have fried shrimp for the first time in AGES because they only use cornmeal and that was SUPER AMAZING. I just wish I could remember these lovely little places names! 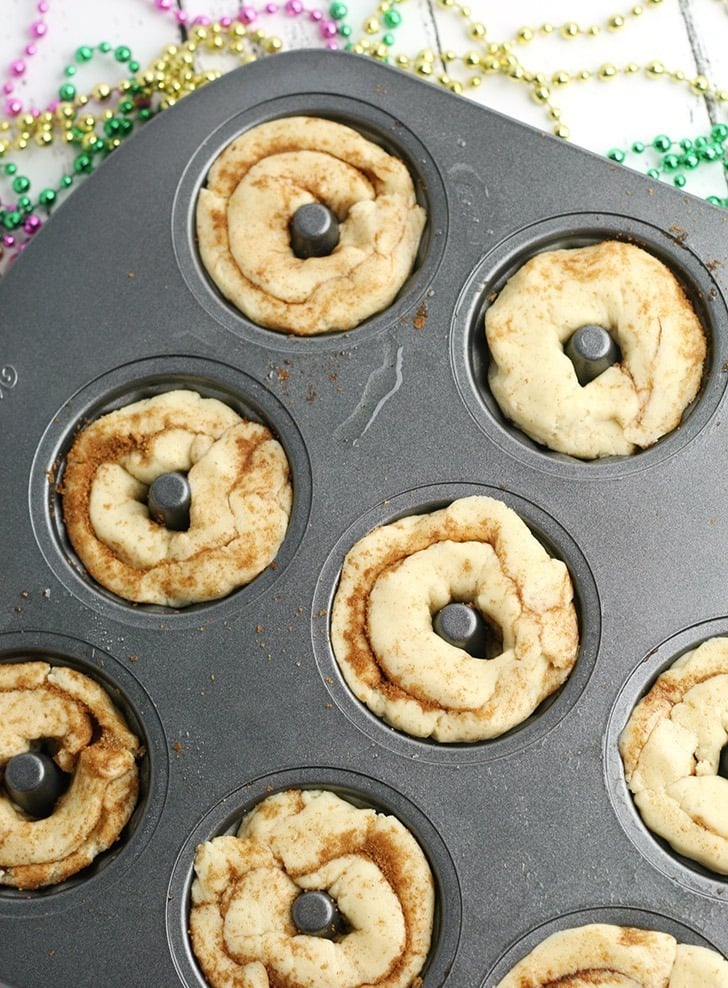 When I was a kid my dad had lots of business in Louisiana as he worked in the petroleum industry. He’d be sent gifts from Cajun colleagues like crawfish stuffed turkeys at Thanksgiving, turduckens at Christmas and then King Cakes would make their way onto the kitchen island in the weeks before Easter. And those king cakes always were especially pleasing when I was young… all of that colorful sugar on top? The baby inside? Who were these Louisiana geniuses, anyway? (pssst – it turns out they were French geniuses as this is a French custom brought to U.S. soil in 1870!)

Today I am spectacularly pleased to share with you an amazing recipe for a GF spin… the GLUTEN-FREE King Cake. (What an Epiphany, haha! :)  And today we’re going to be sharing lots of photos because, though it’s called a cake, it seems more like a coffee-cake and pastry cross that utilizes dough rather than cake batter and if you aren’t familiar with the treat, these photos might better help you understand this fun little “cake”. 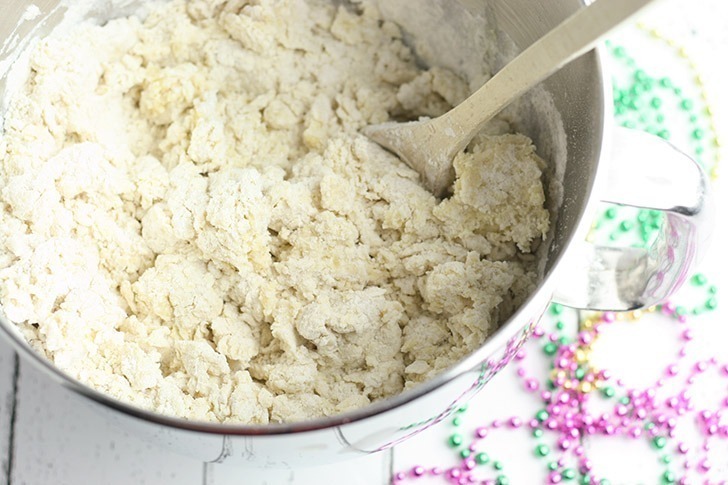 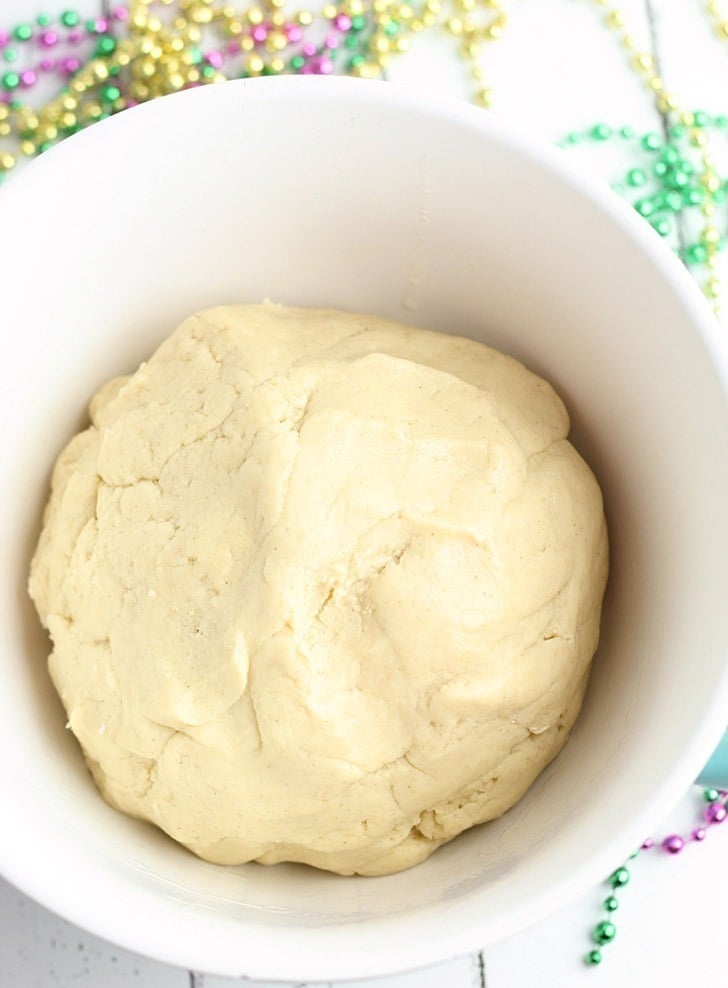 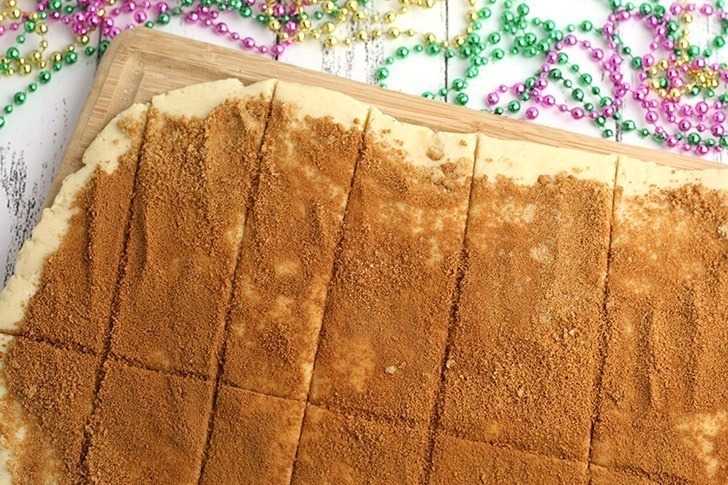 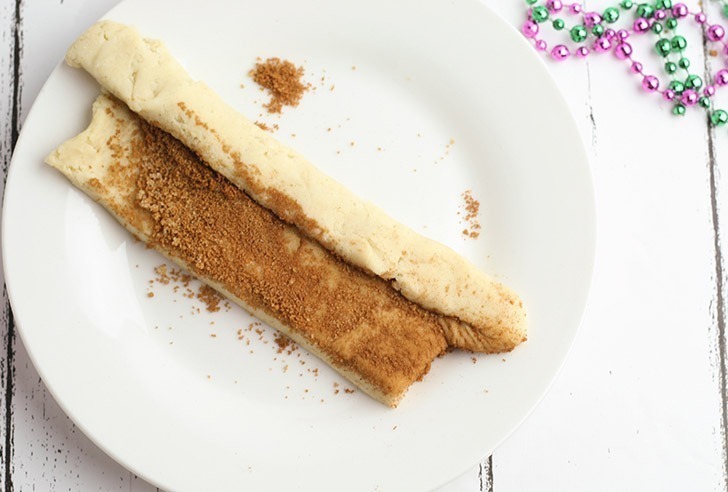 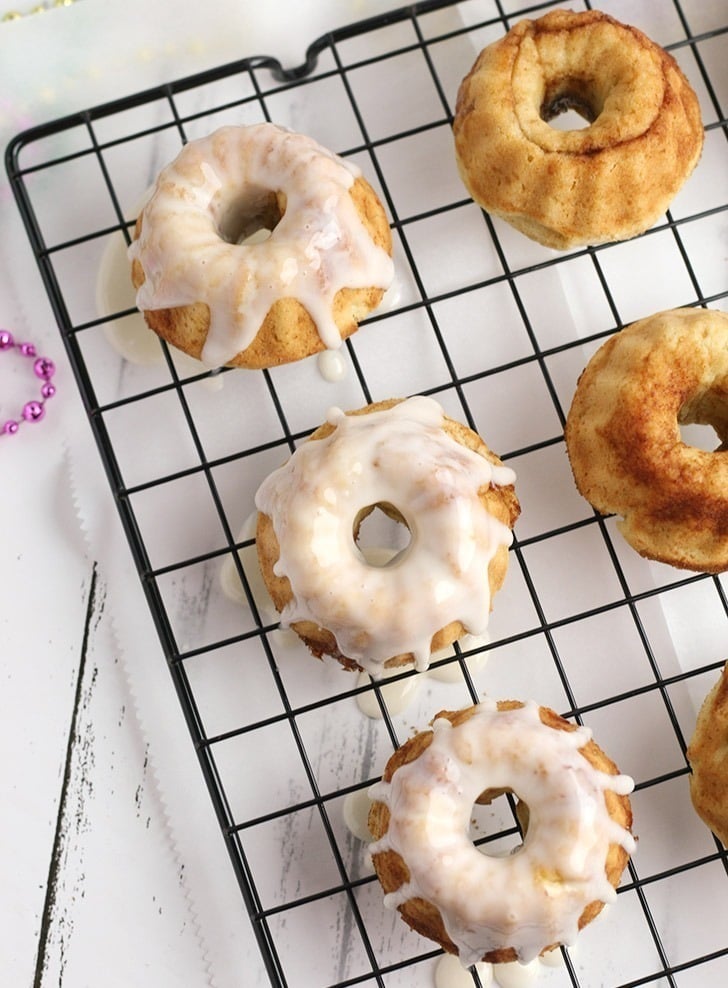 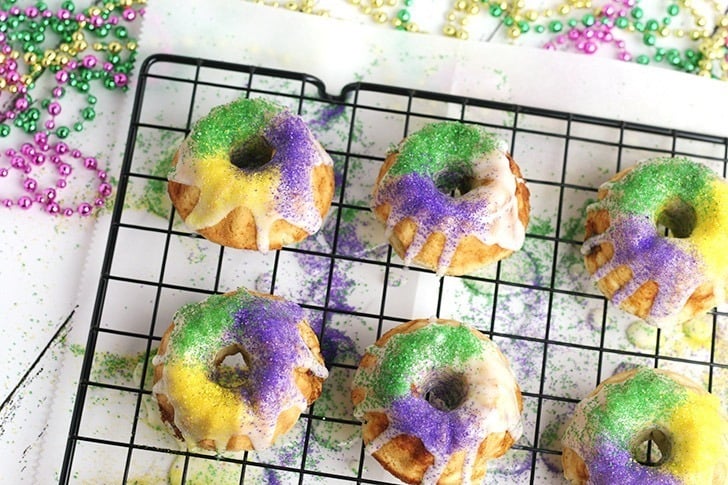 And there you have it! Though there are quite a few steps, I’m positive that this is one of those recipes that is worth all of the effort. And I bet yours will love this gluten-free spin on the classic! 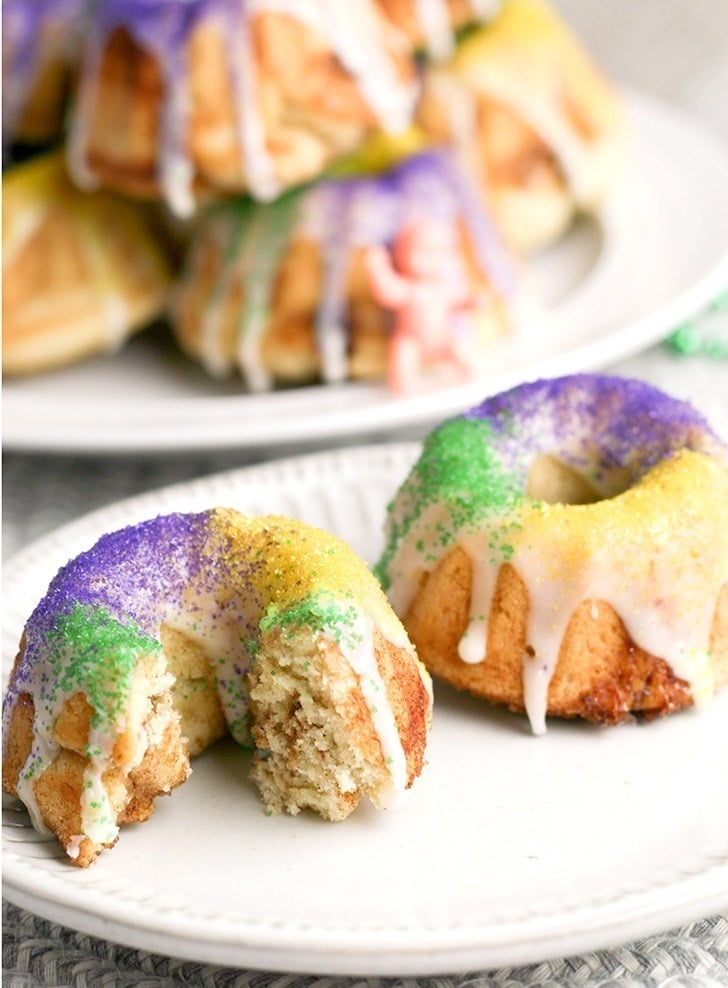 I'm a crafty cat lady with big dreams and an inability to sit still. I make it, I live it, I love it. Here at Dream a Little Bigger you'll find lots of inspiration for crafts, crochet, DIY, food, pet life and all things rainbow. Lots and lots of rainbows.
1.4K Shares
Pin1.4K
Share17
Tweet
This site uses cookies: Find out more.