So I had this big idea that I was going to start making lots of stuff of all sort of colors to go into my Momma’s backyard. You see she loves color. My dad, well, not so much, but he just wants my mom to be happy. So I made her a dragonfly out of fan blades which now rests on the side of her garage and I have had a few other ideas knocking around in my head, too.

I’ve been obsessed with the idea of making something out of concrete and I have an absolute ton of it out in the garage. In the end I decided to make letters to go out in her garden that will stand out from the mulch and greenery for some eye-popping color she loves. Though I wound up buying much smoother concrete at the craft store my father has informed me that they have much smoother stuff than what I have in the garage and that I can save BIG bucks if I can get that worked out. And trust me, I’m totally figuring this out so there will be more concrete crafts, I suppose! :) 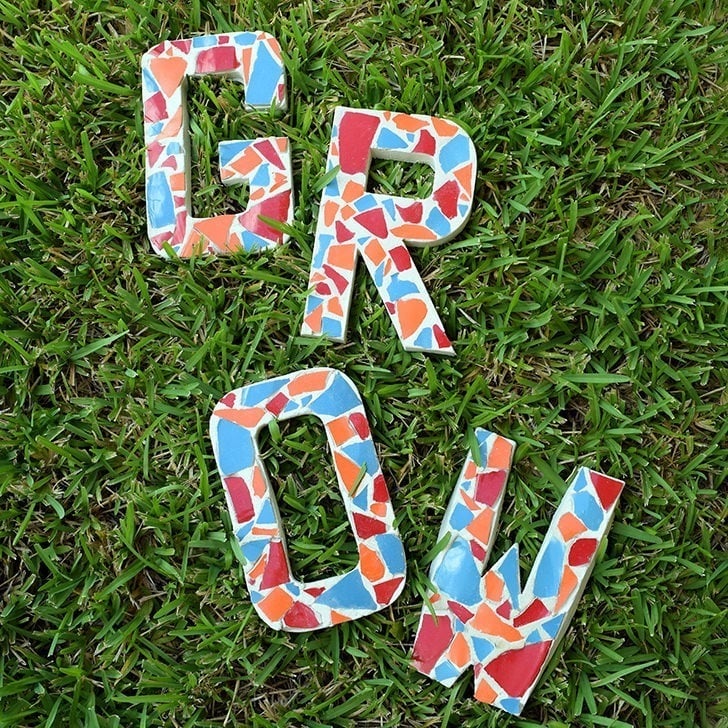 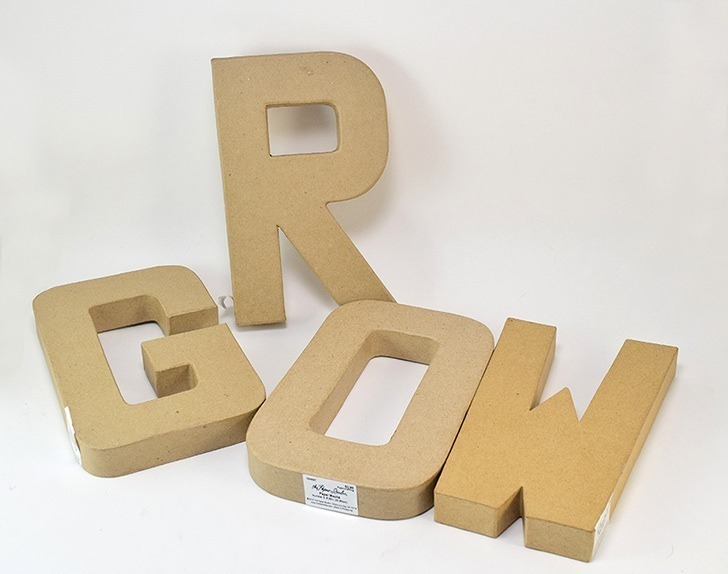 Now when I first started I totally messed up and I wound up having to buy a new “G” and a new “R” but you’re not going to have to do the same because I got confused and cut out the wrong side. See your letters? Cut the BACK out from each letter. 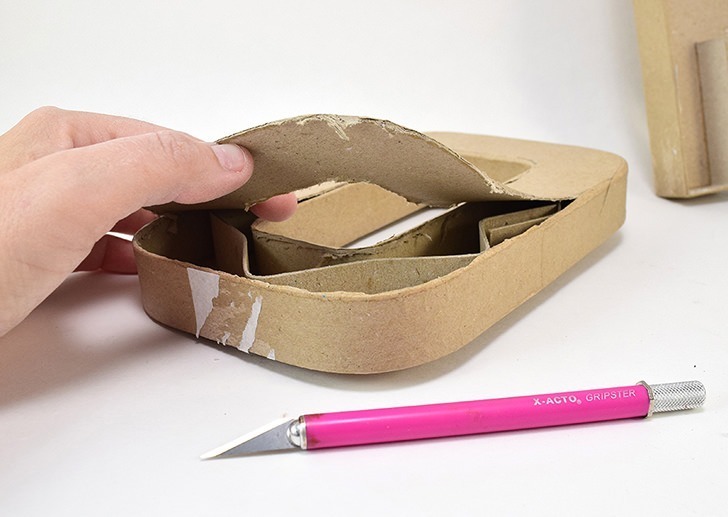 Simply take a craft knife and run along the corner. It’s basically a piece of thin chipboard, I suppose, that is taped on so it’s super easy to do. 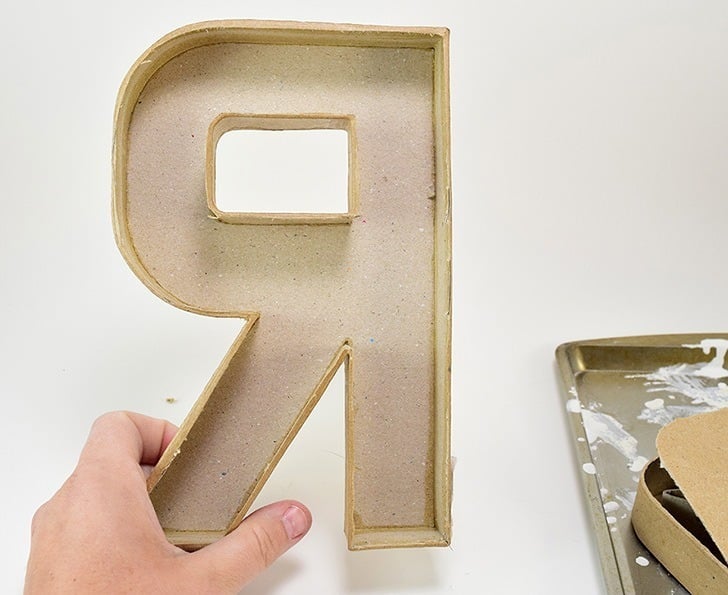 Hollow the letter out, removing the filling inside (it’s just squiggly paper). 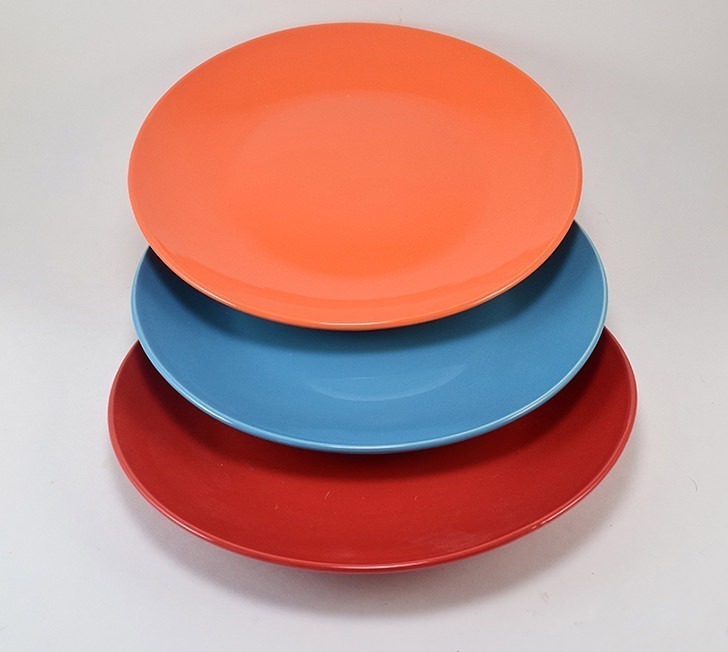 See these plates? I got them for a buck apiece at the Dollar Tree. Aren’t the colors so fun? 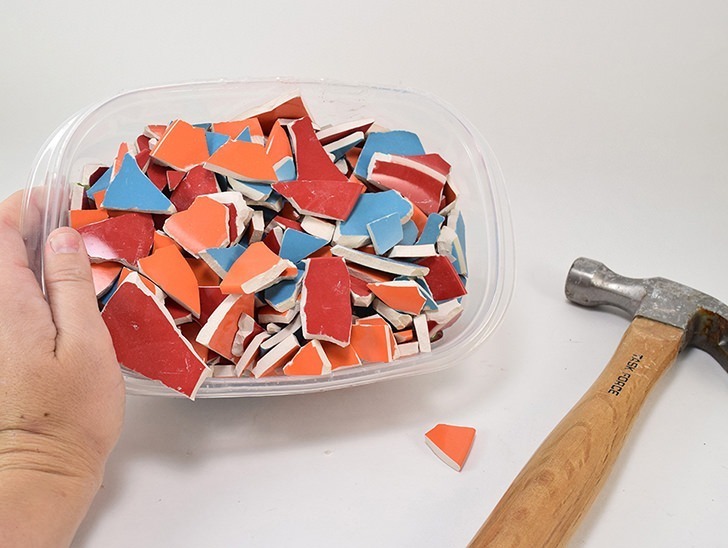 To break your pieces wrap the plates in newspaper and then smack the heck out of them with a hammer. I found this to be quite cathartic! 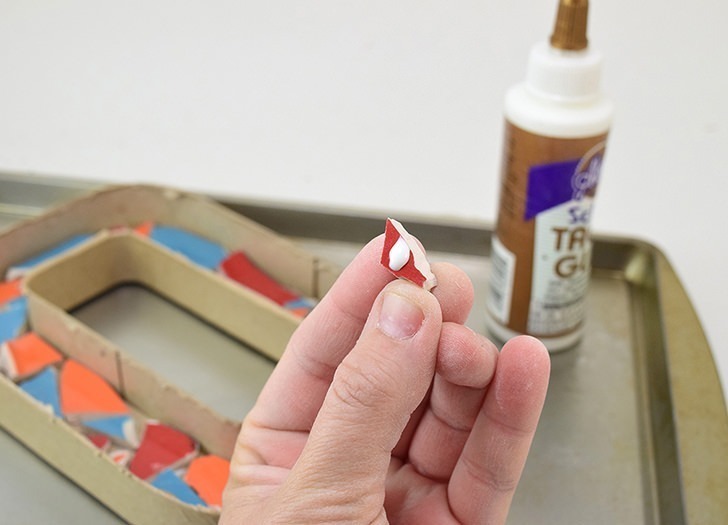 Using school glue (which washes up easily) adhere bits of the broke plates into the bottom of each of the paper mache letters. 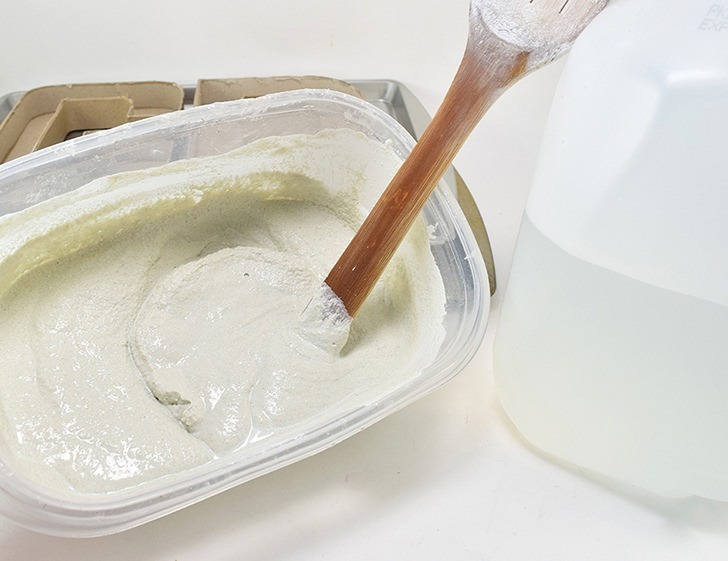 Stir up your concrete so it is nice and smooth, similar to a runny milkshake. 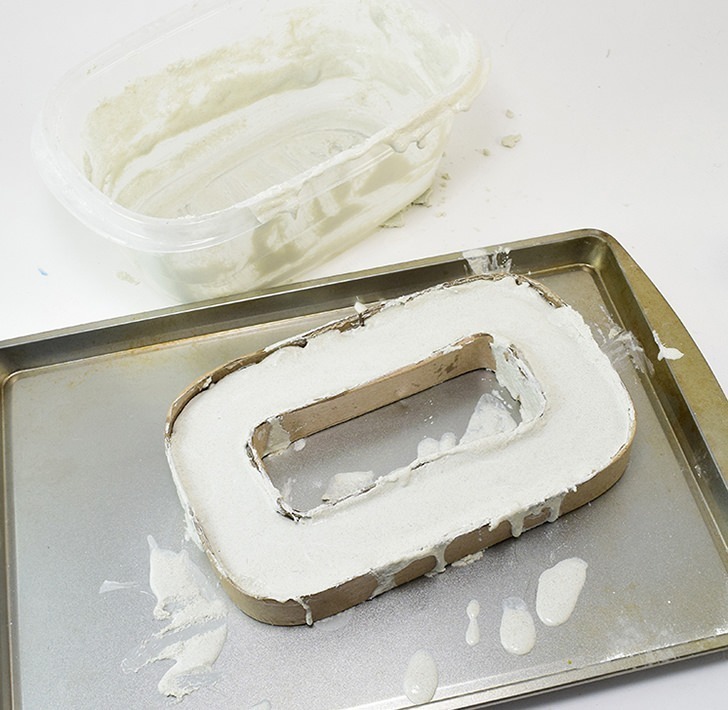 Pour into your letter and place somewhere nice and flat. A cheap cookie sheet will help to move the heavy letters around more easily. 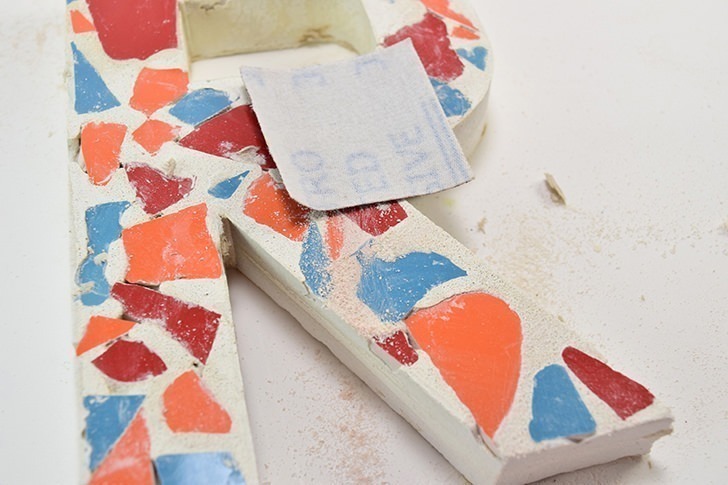 Give the letter 24 hours to dry and begin removing the paper mache form from the shape. If facing a difficult time you can wet the paper to help remove it more easily. 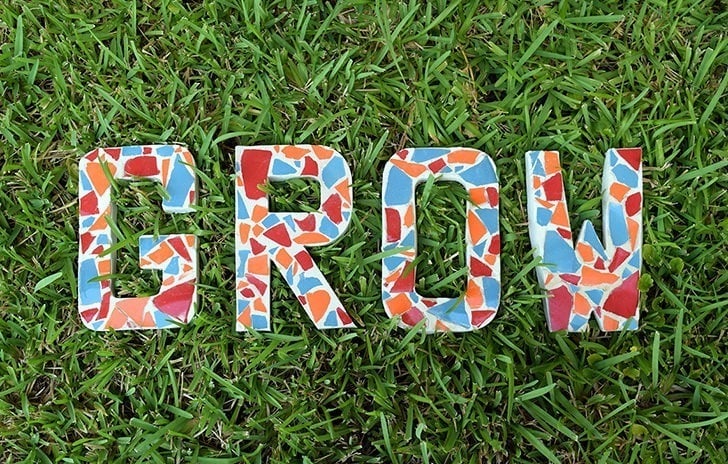 The more thin your concrete the more that will see in FRONT of your plate tile pieces. If that happens you can easily see the pieces again with a quick sand to remove the excess. Be sure to work in a properly ventilated area or with a mask because concrete dust is no joke.

I gifted my letters to Momma when we went on vacation a few weeks ago and I think she liked them pretty well. They go nicely with the new privacy screen my dad built for her and I’ll be sharing how he made that, soon. It’s a 100% Bill Murray tutorial as I wasn’t even involved. Heck, I was riding a roller coaster at the time :) So keep your eyes peeled for that business because it was so freaking smart and therefore easy for him to build. You’re gonna love it! 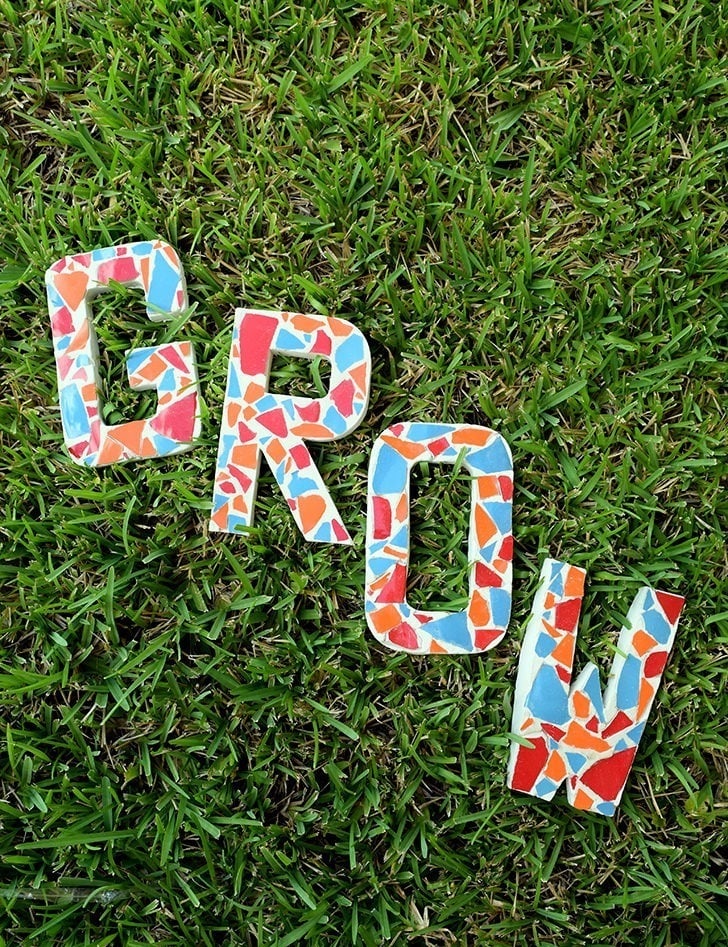