I absolutely love making slime. I know it’s supposed to be for kids and all but it’s seriously so much fun! This summer I tried to entice both nephews into making slime. The younger was all about it but the older thought he was a little too grown for the project.

And so Con and I set about making 2 kinds of slime… we made a big batch of the fluffy stuff that is such a mess (but even more fun) and the regular ol’ Borax slime business. And wouldn’t you know that within minutes of that fluffy slime coming together suddenly nobody in that house was “too old” for any of it :) 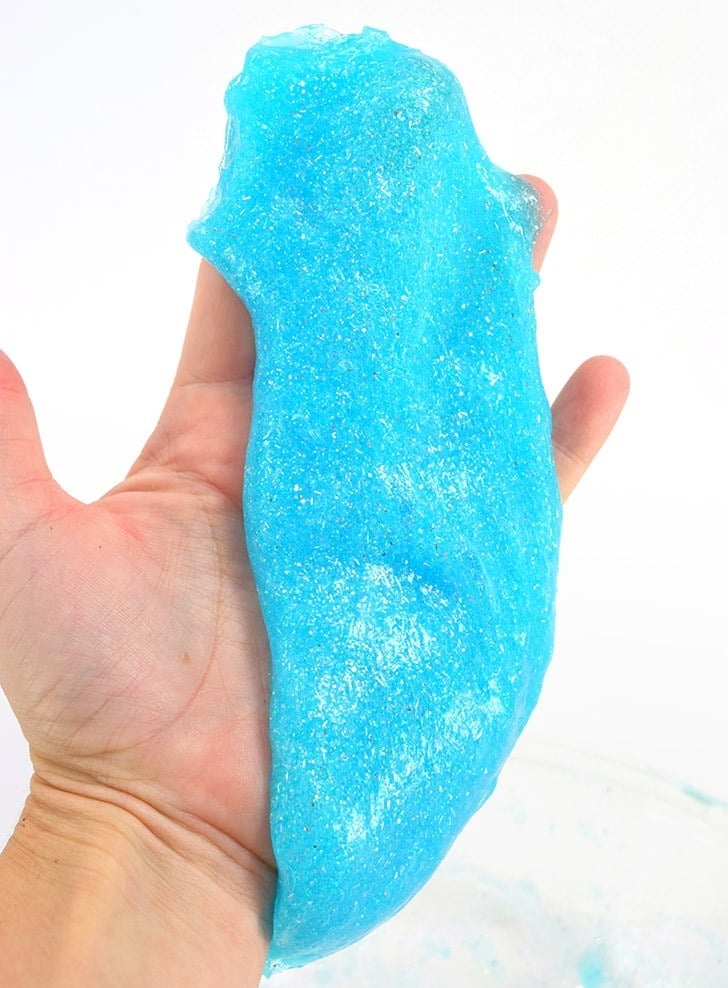 Now that I’m back at home and it has become a child free zone I’m still making and playing with slime. But my skin is becoming increasingly more sensitive as I age and I noticed that I would get little red bumps on the backs of my hands and bright red palms when playing with my still in great shape Frankenstein’s Phlegm slime from almost 2 years ago. So I decided to try out this whole borax free slime business and guess what? It’s a lot of fun, too.

It’s definitely more gentle on my hands but the texture is definitely different. While the Borax version can come out super loose and, well, slimy, the contact solution slime or saline solution slime is more stiff. It still drips and droops, albeit not as much, but it’s got an added benefit of being super stretchy. And it’s pretty cool. This recipe MUST BE KNEADED in order to work but other than that, it’s as easy as  you please. Want to see how? 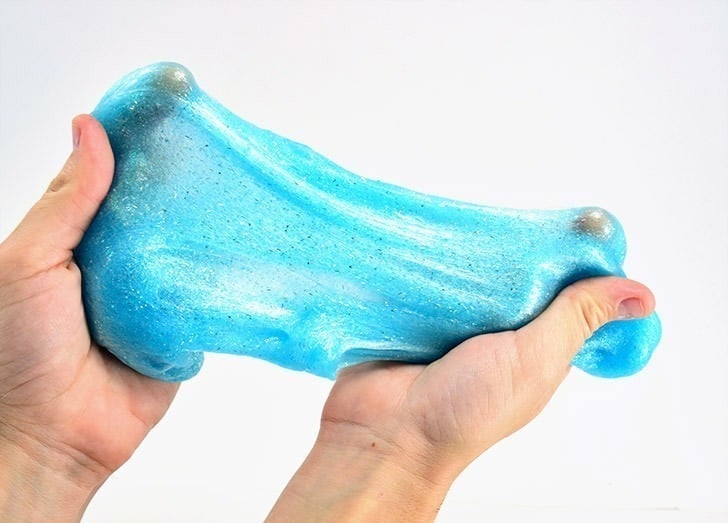 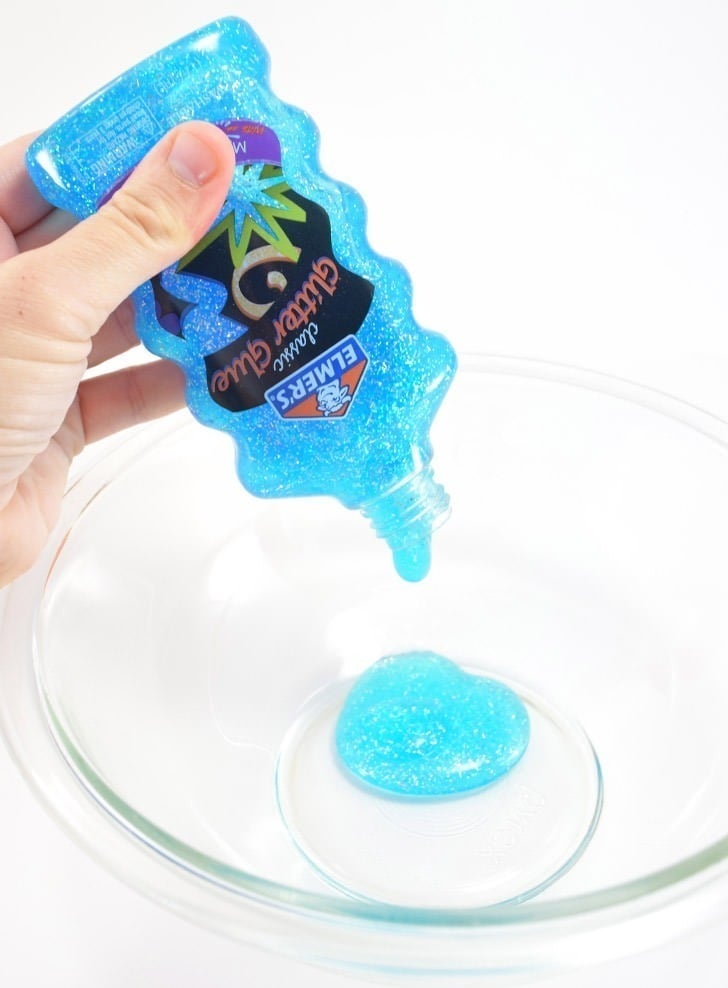 Since it’s back to school season I was able to find tons of Elmer’s glitter glue and in quite a few colors! It seems that normally it’s all sold out so I jumped at the chance to grab a bottle in blue for my new slime recipe!

Now this recipe is very liberal. There are no exact quantities so feel free to use as much, or as little of your glue as you’d like. I went ahead and used the full 4 ounce bottle. 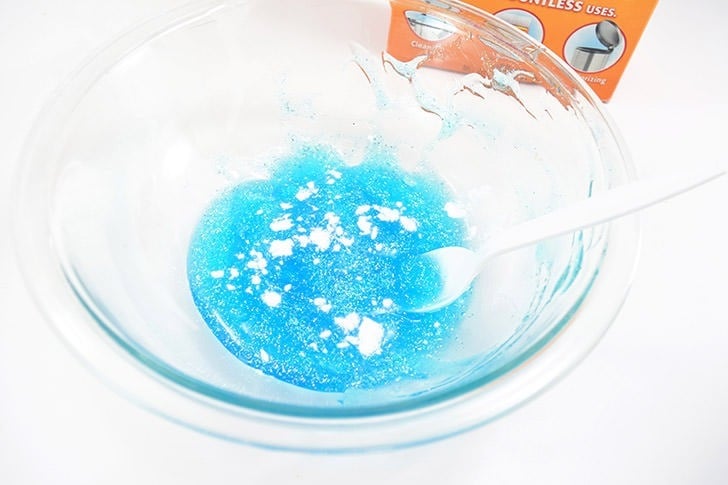 On top of your glue sprinkle a dash of baking soda. I didn’t measure this out but I’d say it’s probably around 1/4 teaspoon. Stir together until the soda is well incorporated and there are no lumps or clumps. 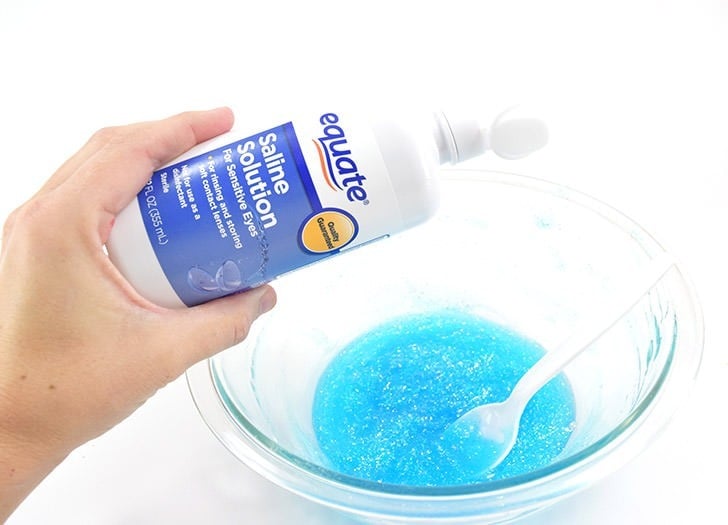 Now grab your saline solution that contains BORIC ACID and squeeze a few drops into your glue mixture. A little goes a long way so start small. After all, you can always add more but taking some away just doesn’t work! 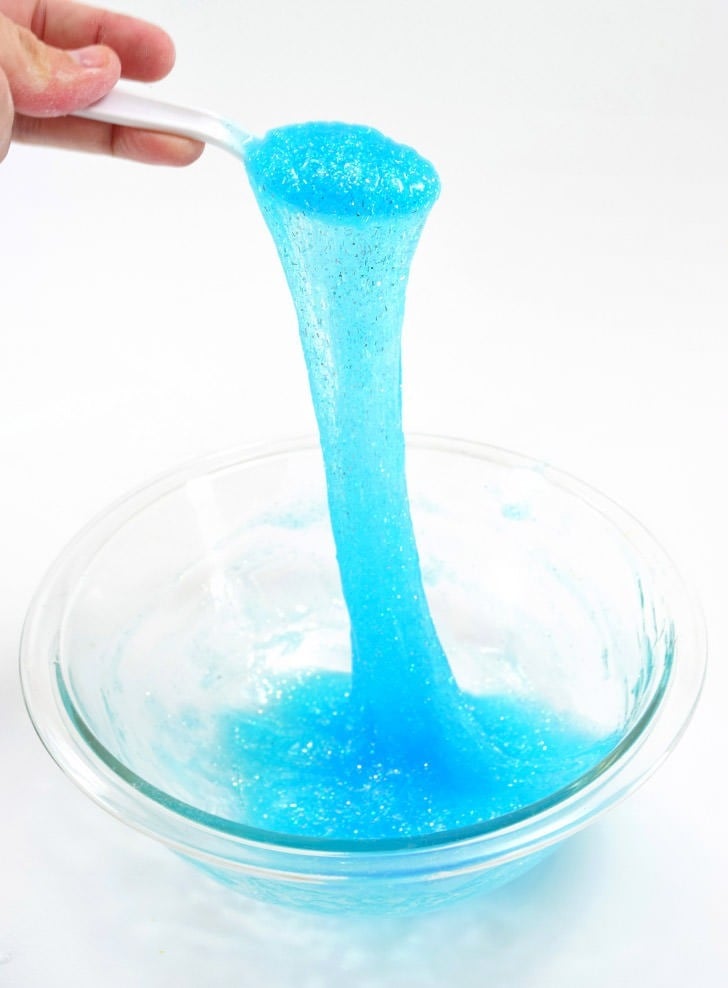 Stir the solution and it should start to come together as slime. Add a few more drops here until the slime starts to easily pull away from the bowl and stick to itself. 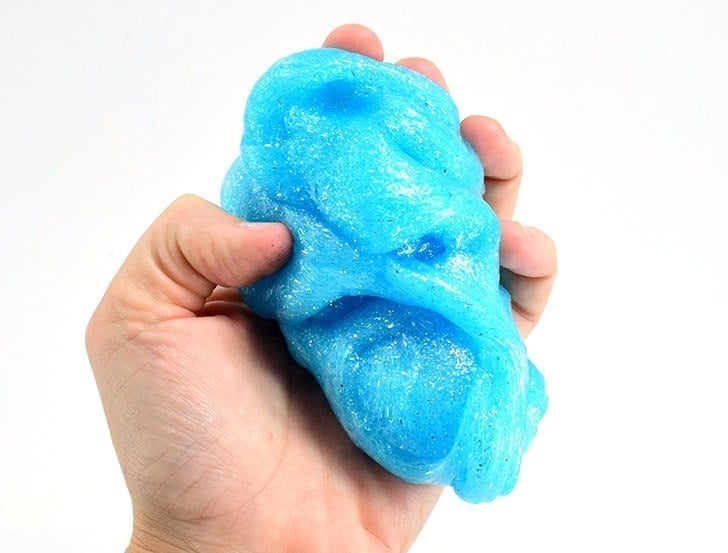 Moisturize your hands with your favorite lotion and begin kneading this business! Why moisturize? Because this stuff STICKS to dry skin like nothing you’ve ever seen before and it’s a huge mess! But on nice, smooth and moist skin it still sticks, but not in a way that makes you want to huff in frustration! :)

You’ll need to knead this business until it holds together well, drips and drops like slime should and no longer is crazy tacky/sticky. 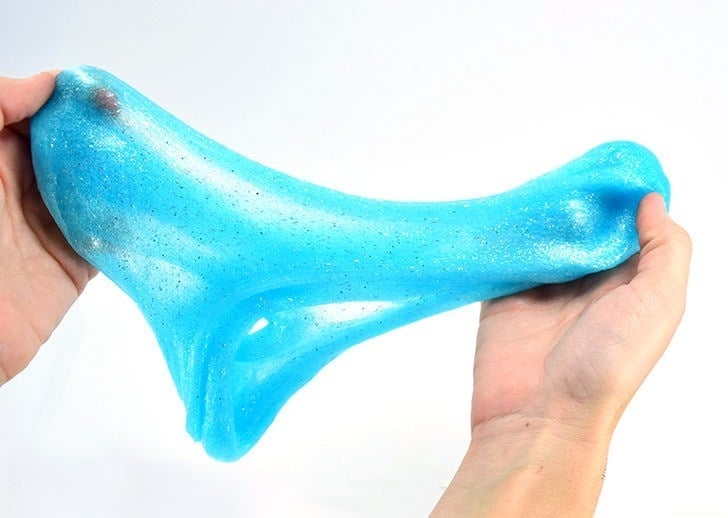 Keep your saline solution slime in an air tight container (I’m all about sandwich bags these days) and it’s SLIME TIME whenever you’re ready! 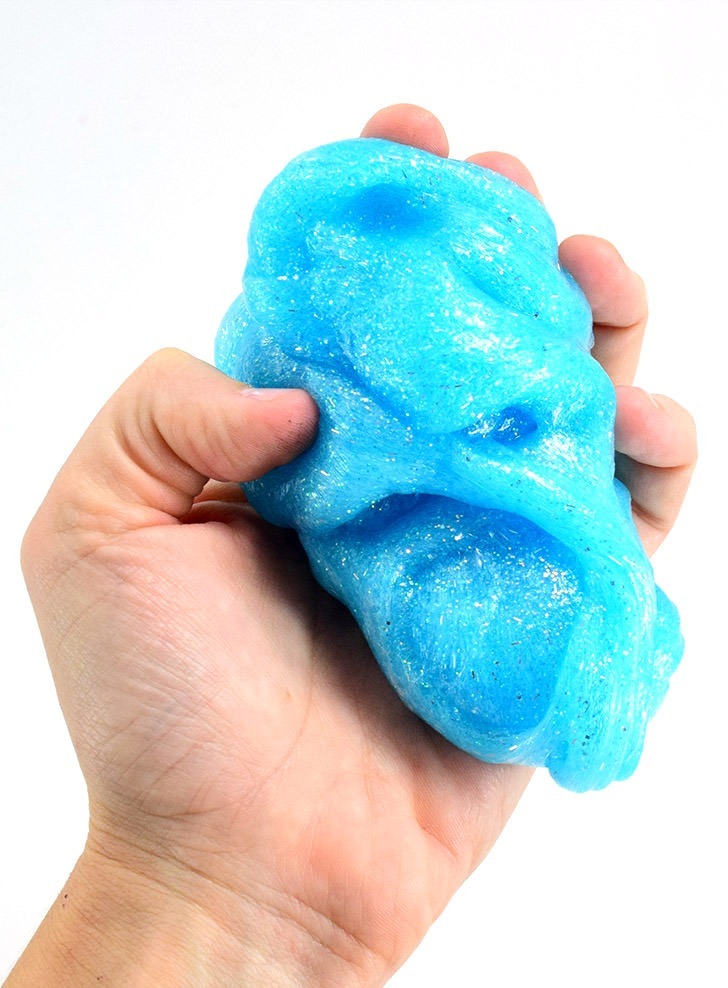