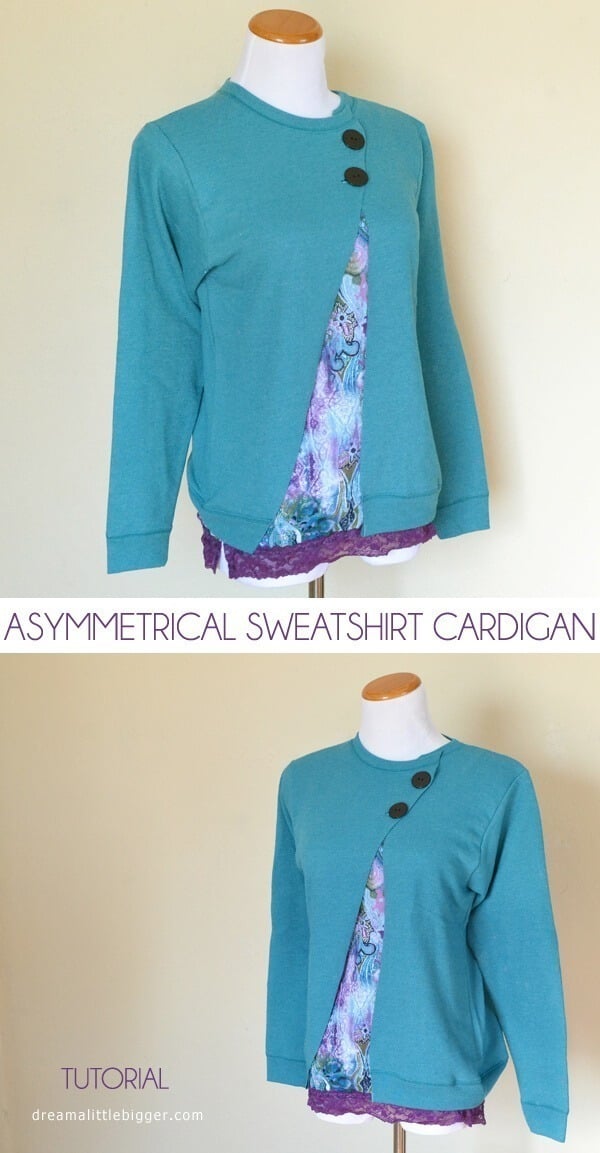 I can get stupidly attached to the silliest things. For instance, I had this almost kelly green sweatshirt that I loved. It wasn’t anything incredibly special… I picked it up at WalMart for less than 6 bucks when it started to get cold. BUT I loved that color and when I went back to get another it turned out that everybody else loved that color too.Yep, they were all gone.

So one day when I noticed a gigantic grease stain that came from who the heck knows where I decided that I’d try out something I’ve had in my head awhile. I mean, my sweatshirt was already ruined, unless I want to walk around looking like a chick who constantly has greasy food falling out of her face and onto her boobs (which I didn’t) so why the heck not? 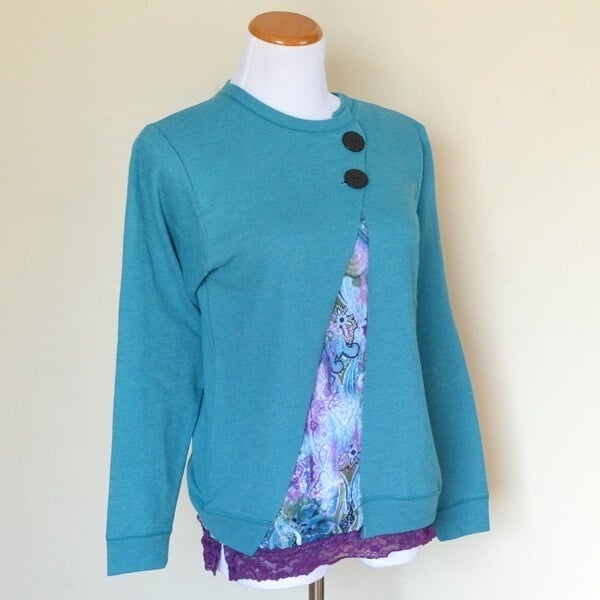 In the end it turned out really cool (although flawed as it was a first attempt) and I was so happy with it. Happy enough that I actually stopped working and took a mirror selfie to send to my Momma and sister along with a supply list if they wanted me to make them a couple. Turns out they thought my selfie was pretty awesome because it was just so bad and apparently sparked some discussion about what I was thinking at the time.

And now you see why I don’t normally post pictures of myself. This is me on any normal day of work where I, you know, cut up sweatshirts with scissors and put tons of effort into bathroom selfies. I don’t wear a bra or makeup and it would appear on this day I didn’t see the point in combing my hair. Let’s just move on, shall we? 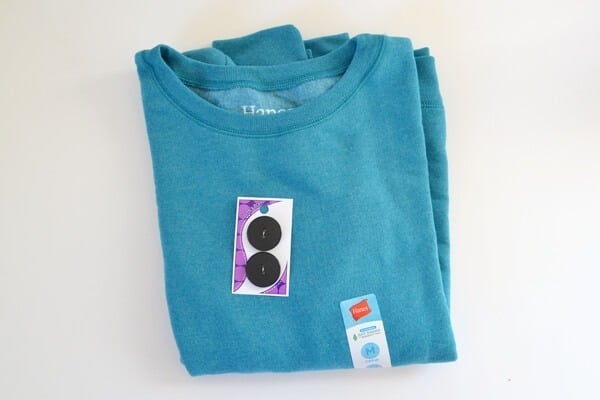 So here is my before. I bought this sweatshirt JUST to go with a tank top I have that doesn’t match anything. I also grabbed some cheap buttons that were around 80 cents. Total investment? Just over $7 with tax. 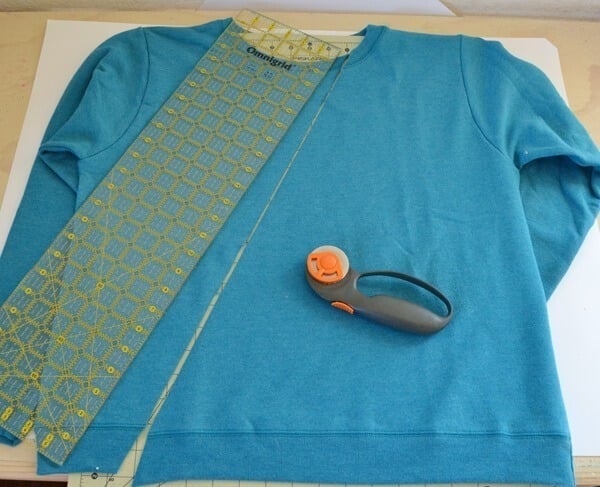 The first cut you’re going to make will be the diagonal. I’d really suggest putting the sweatshirt on and seeing where you’d like for the opening to begin. Mark with tailors chalk at the neck and the bottom. Connect the dots with a straight edge and cut. If you don’t want to go to all of that trouble, you can just sort of eyeball it trying to mimic what I have done above. 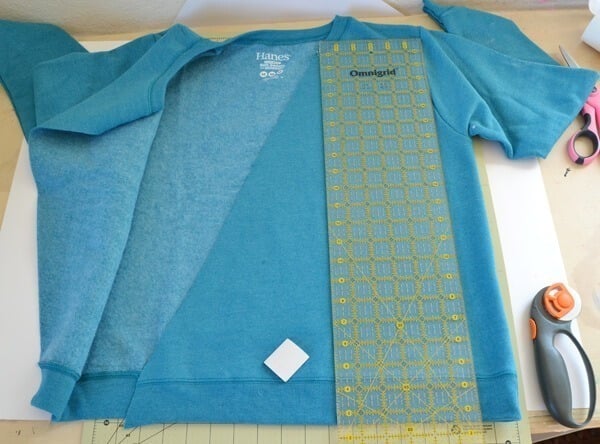 Next cut a straight line from the cut in the neckline to the bottom hem. Now it is possible to also angle this cut for a larger opening, but I’d recommend the straight cut first and if you’re not happy with the size of the opening, cut a bit more on a diagonal. 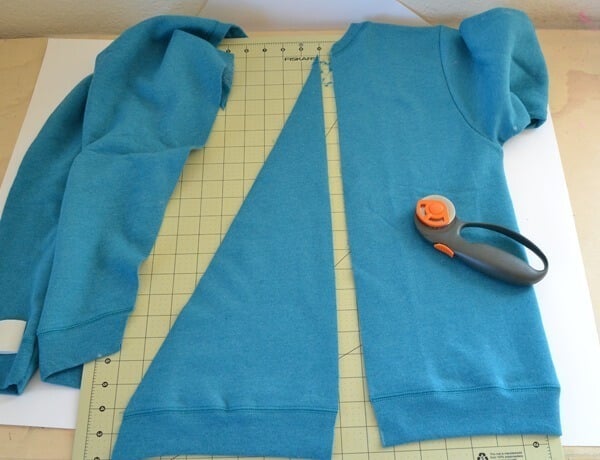 Now you’ve got a piece of scrap sweatshirt fleece that looks like this! 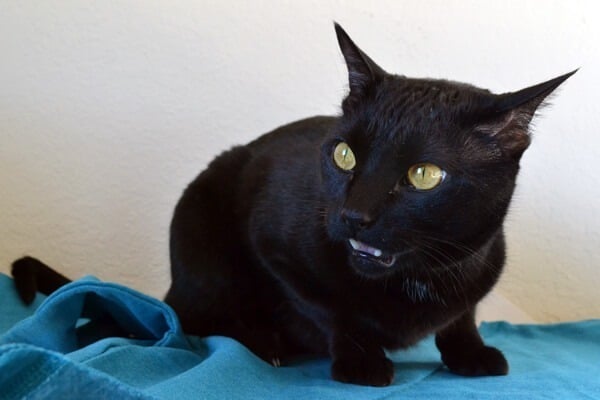 And this is where Max decided to get in on the action… See how is mouth is open strangely and he looks a bit freaky? My dear Max had just smelled the sweatshirt and apparently scented something unfamiliar. Cats will open their mouths to pass the scent past the Jacob’s organ to learn more about the smell. This is called Flehmen Response and if you have a cat, you’ve probably witnessed it a time or two. Strange cat fact school is now closed. Back to the tutorial at hand! 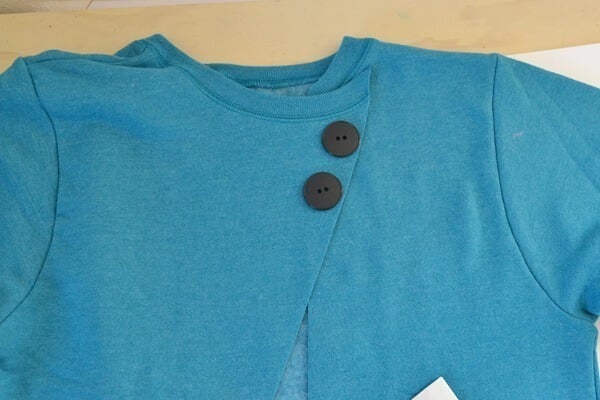 Bring the collar of the left side to overlap the right (as you see it on the table not as you’d wear it). Make sure you have enough room to sew your buttons on underneath and place where you’d like for them to go. 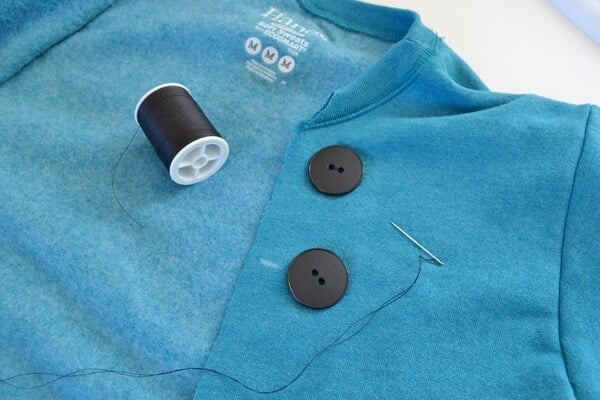 Use a pen or your tailor’s chalk to mark the spots on the fabric beneath and sew your buttons on accordingly. 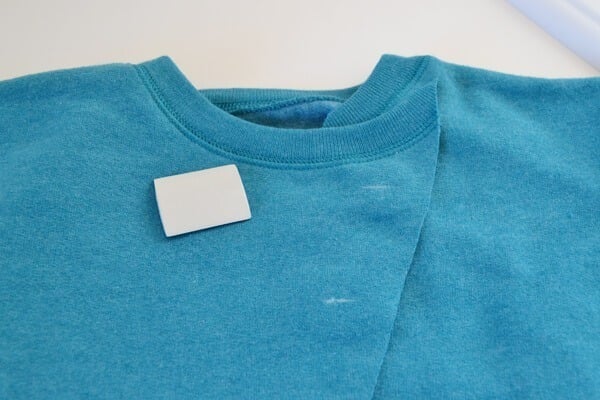 Bring the top flap back over and on top of the sewn down buttons. Use your finger to locate the center of the buttons and mark the top piece with a short line. 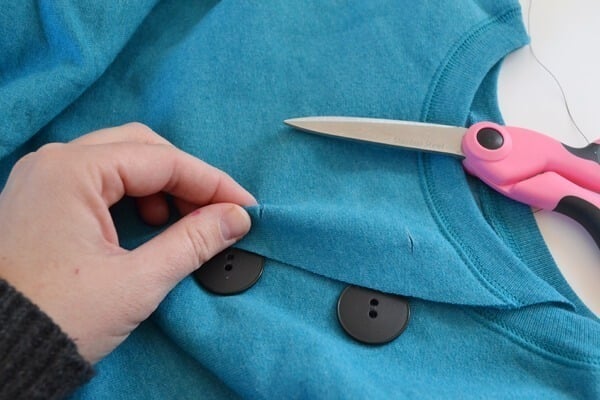 Pinch the fabric on your mark and cut a small slit. 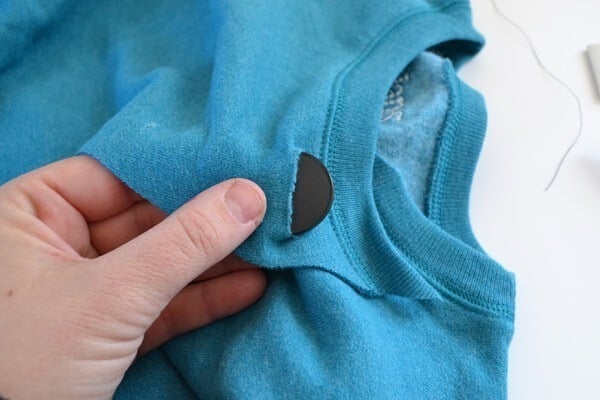 This fleece stretches you’ll probably need a smaller hole than you will think. Cut small and then try your button and if it doesn’t work make the slit just a tiny bit bigger and try again. 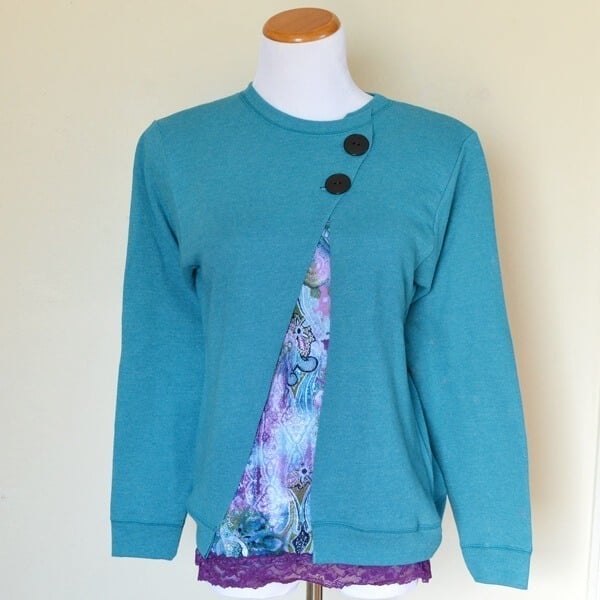 And there we have it! All dolled up with my tank that has nothing to go with it’s pretty darn spiffy! And it only takes about 30 minutes from start to finish, though you could probably go much faster when not taking pics of each step :) 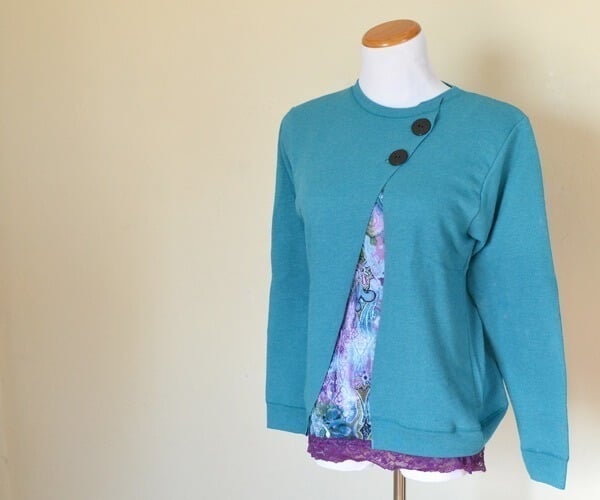 Remember that this gem only cost me about $7 and is a bit fancier way of keeping warm when it’s chilly!