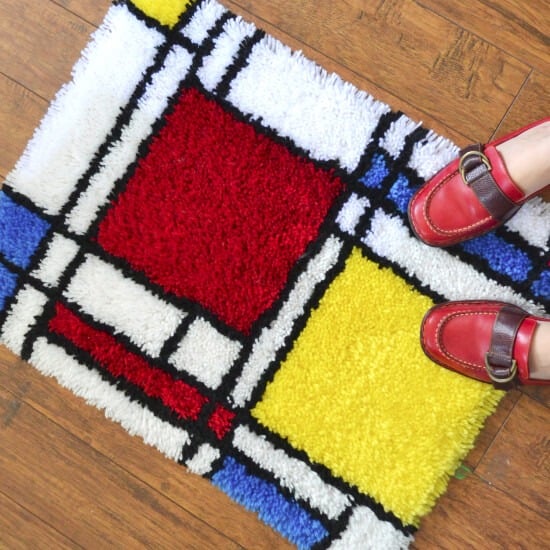 So I started this whole  latch hook rug project a few weeks ago and spent about 4 hours a night hooking my new rug. You see, I’ve always loved Neo-Plasticism of Piet Mondrian and recently decided that I wanted to make my kitchen into a cubist’s dream. I started with knocking off my own Mondrian inspired painting over at Mom Spark. Part two of this wave of primary colors is a new rug for my kitchen door which you see here!

I had a whole reason for wanting to learn how to make a latch hook  rug (because I lost my most favorite rug ever and want to recreate it) – but I needed a practice go before I work on something that big. This seemed just the ticket and worked up pretty quickly – I’d say about 24 hours worth of hooking (about 4 hours a night for 6 nights). I liked latch hook because I could very easily follow what was on the television and there was little thought in it. Now if you went for a crazy chart, that’s going to be totally different, I’m sure. 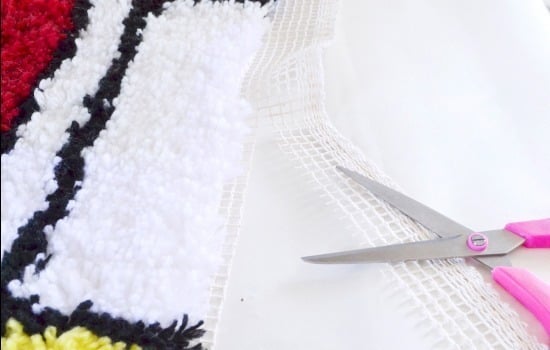 Take your canvas and cut so that you have 2-3 rows of squares left around the edge of the rug. (and sorry for the not so great pics – my camera took a trip to everything is too freaking Blueville and I’ve had a hard time trying to fix them!) 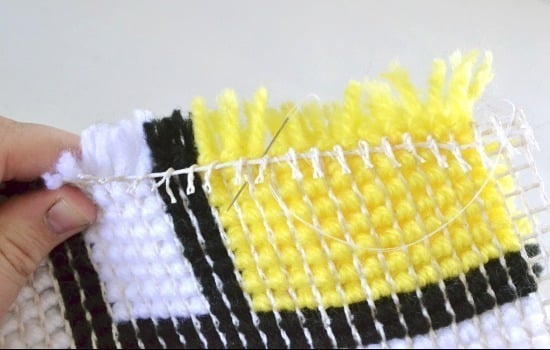 Fold the canvas over and begin stitching on a diagonal hooking the bit of canvas underneath to the folded over bit on the top. 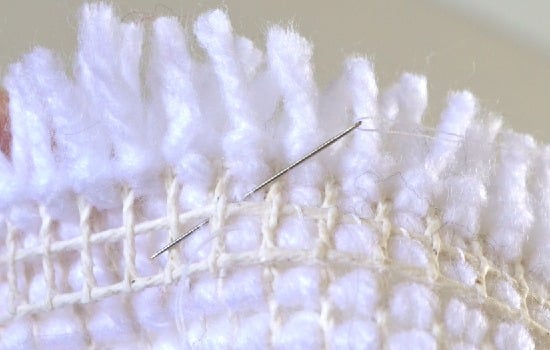 This is what it looks like a bit closer up… It’s easier to work in lengths of string that are about 1.5 feet, knotting off and starting up again. 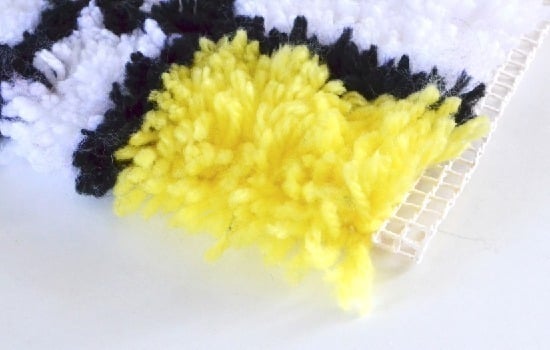 Yay! Here’s one side done – but now what do we do with those pesky corners? 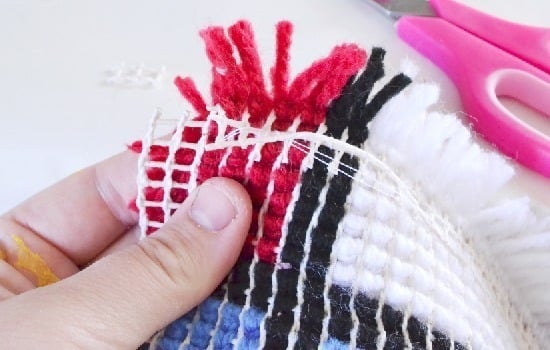 Cut a square out of the corner and… 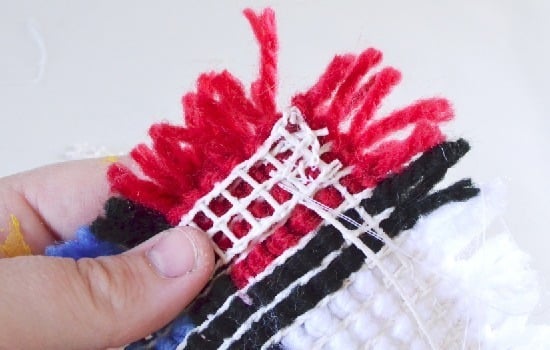 Fold over the other edge and tack down really well. Continue stitching and attaching your canvas down for the rest of the rug. 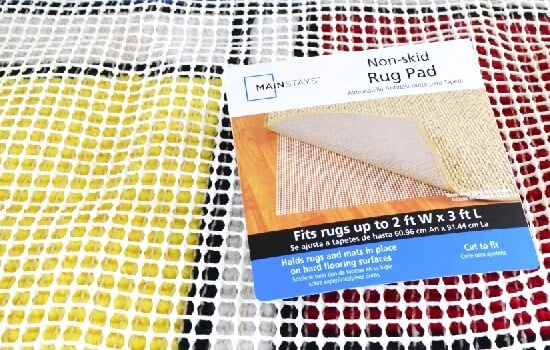 Now when I asked around a lot of people actually finish their rugs by sewing a piece of felt onto the backside. I chose not to do this because felt is a fur magnet and I have a whole mess of cats. Can you say the underside of your rug is grody? But this canvas stuff is wicked slippery so I bought some non-skid rug padding. 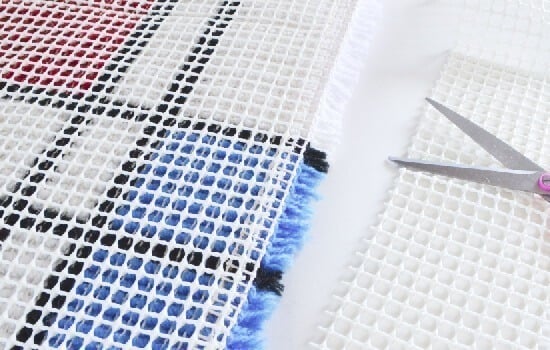 I trimmed it to size and went ahead and tacked it down with spray adhesive. It’s going to keep it in place for now, but over time it’ll come off so no worries when it’s time to wash it… it will peel right off. 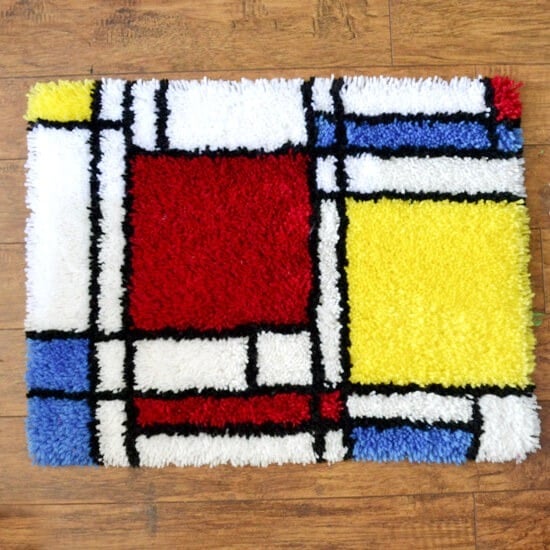 Bam! There it is! My first latch hook rug! It’s really soft and I’m afraid that Marla has claimed it so no cute pictures of Max trying it out because she just wouldn’t have it.

I’m totally in love with this rug for several reasons:

So, will you be making your own latch hook rug?