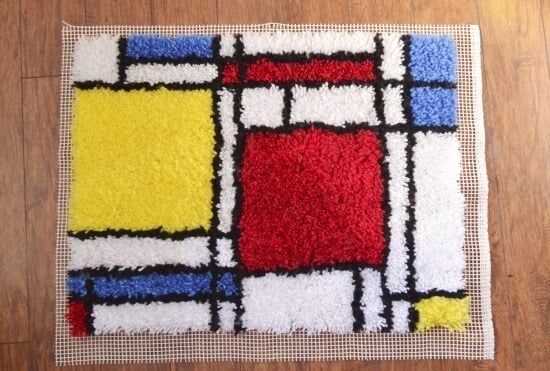 I should have know that Marla would take over this rug, just like she takes over everything… So this Saturday, or Caturday if you prefer, I’m sharing the first part in this Mondrian latch hook rug tutorial where you can get this free Mondrian chart that can be used not only for Latch-hook, but also for embroidery, needlepoint or any craft where a chart would work out…

I was really excited to start this rug. There was no plan on where specifically to put it at the time. I just knew that this rug was going. to. be. AWESOME. 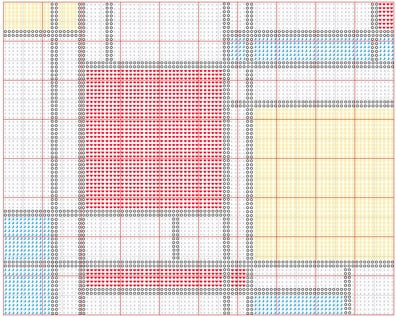 So I created my very first latch hook chart, because that’s how I roll (why would I purchase a pre-made chart by somebody who has actually done it before – oh, no that’s waaaay too simple). And I started hooking it that very night. That sounds really bad doesn’t it? Do you need to learn how to hook it? Latch Hook Tutorial. 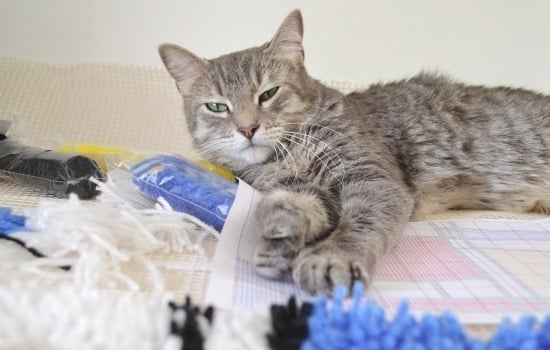 About 3 rows in, Marla had already laid claim to the fledgling rug project and it kind of irked me because of the constant battle of fur I’d find but I dealt with it.

She was constantly checking in on my progress. 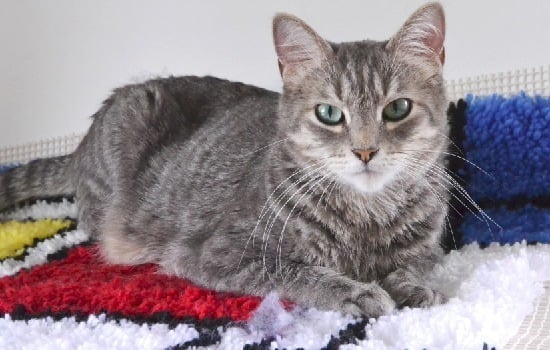 Any time the rug was anyplace and unattended for a few moments, Mar would get all up over it. And the rug made her into  kind of a jerk, hissing at any of the other cats who were just being curious kitties and wanted to check things out. 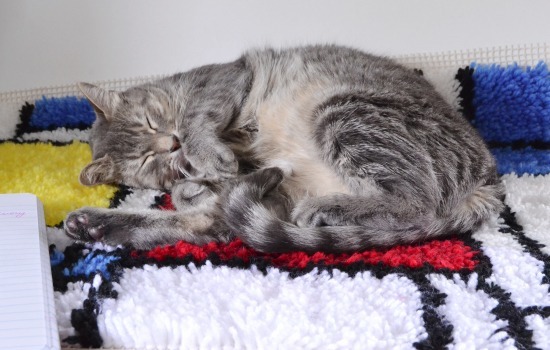 And then one day I finished the rug and left it out and when I returned I found this. Miss Marla was out cold on it. And I cracked.

So now, it’s Marla’s Mondrian rug. And she couldn’t be happier. 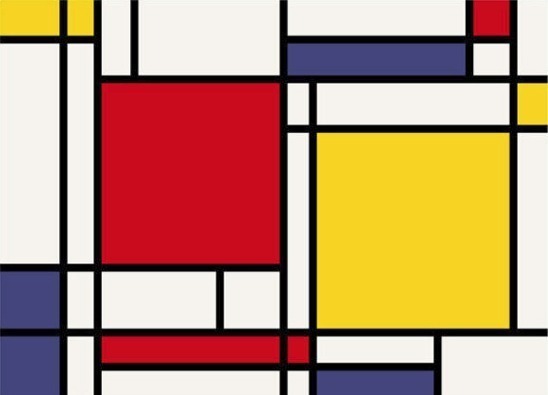 This is the inspirational image and the rug/chart is made as closely to it as I possibly could. While this isn’t actually a Mondrian, it is a Mondrian-inspired popular print/poster which I don’t feel so badly about ripping off. 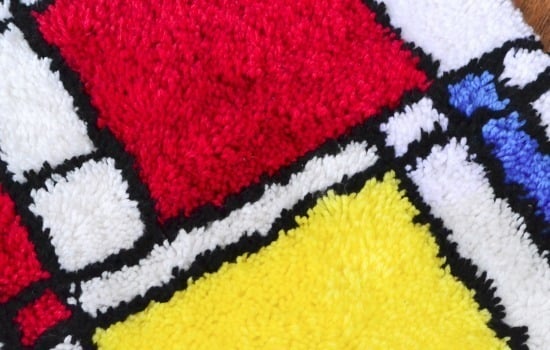 In the end, the rug turned out better than I could have imagined! So download the free Mondrian chart and make your own!

The finished rug is about 20 inches by 26 inches and if you need to see how to latch hook, check out this tutorial here. And if you’re interested in making a fake Mondrian painting check that post out at Mom Spark!