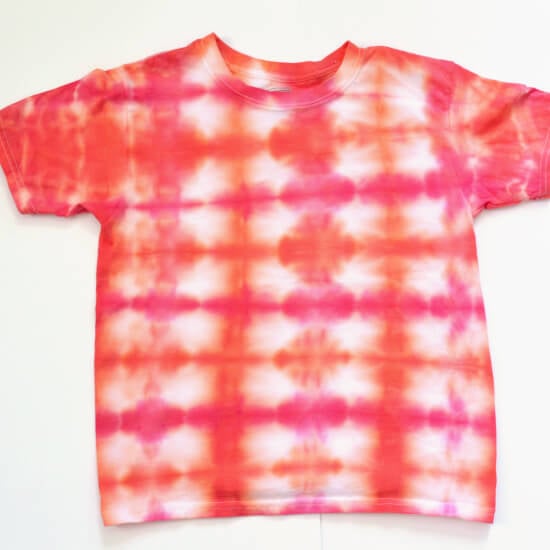 Welcome back for day two of tie dye patterns great for kids. If you missed the first two patterns plus a ridiculously long list of tips, check it out now. In fact, if you dig that shirt up above, it was shared in yesterday’s post.

The four patterns I’m going to share today are all fairly easy for kids to tie up to dye themselves, which is a lot better than tying up a bunch of shirts yourself and then having them dye them (been there, done that). 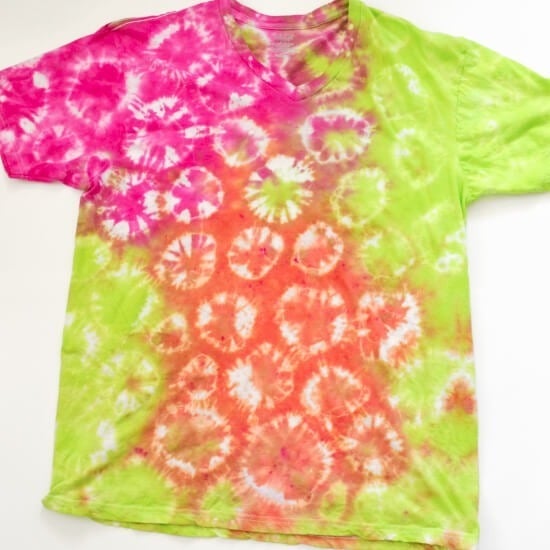 I have no idea what to call this. It’s one that my youngest nephew just started busted out doing. He likes little things and he kept himself occupied for ages tying on little rubber bands onto his shirt. Normally we dye this pattern with a single color, but I decided to get creative and go for a trio. I’m not sure what I think about it… 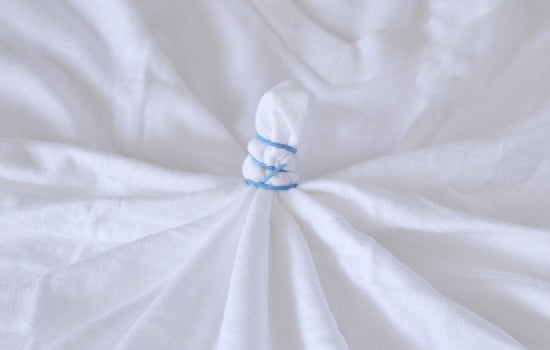 Take your shirt and lay it flat. Pinch a small amount of fabric on the front and backside, pull it up and secure with a rubber band. 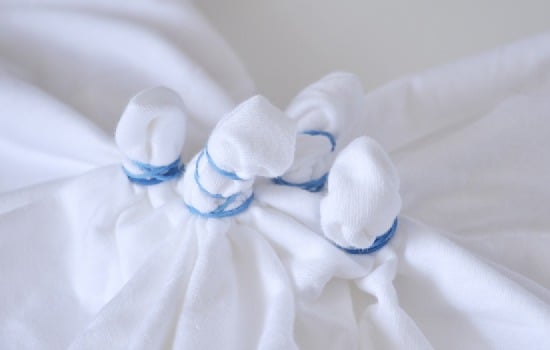 Keep gathering fabric in different amounts and securing with bands. 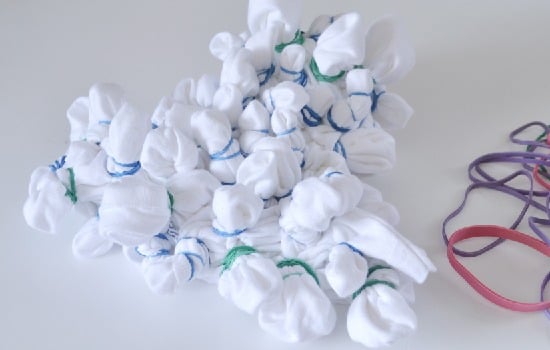 When you’re done it will look like more rubberbands than shirts, or as my oldest nephew thought, the belly of a cow. (I don’t know what cows he’s been hanging out with but they must live close to an atomic power plant).

Like I said above, we normally dye these in a single color and I’m not sure which way I prefer. I will tell you that you’re going to get irritated rinsing this sucker out because that is a lot of rubberbands to undo while your fingers are wet. BUT – it’ll keep a kid occupied for hours and there’s got to be something to be said for that aspect of this pattern. 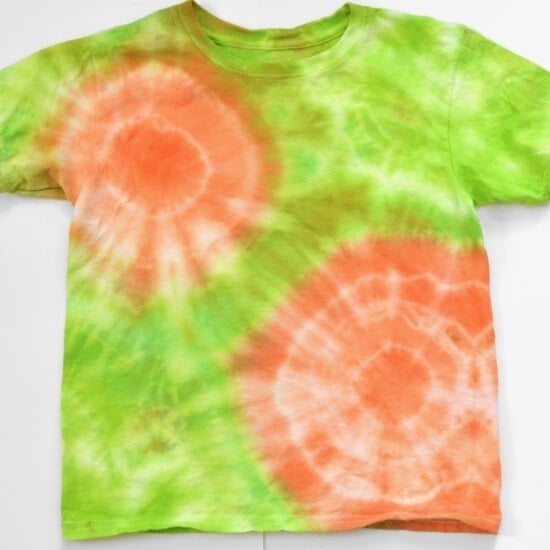 This is a variation on the bullseye pattern yesterday, the double bulleseye! 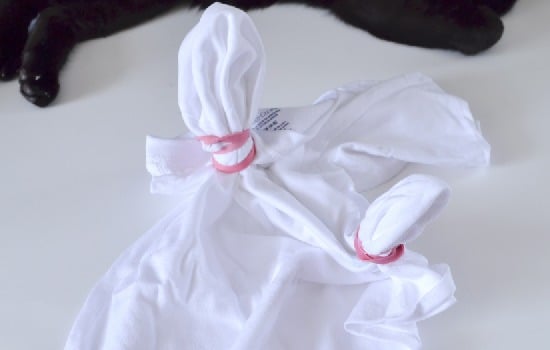 You may want to supervise on this because placement could wind up being a pretty big deal. One year I had to totally redo one for my nephew because as I was rinsing his shirt out a few days later, I noticed that it looked like it had breasts. They were wonky with one bigger than the other but it was still pretty eye catching. Not cool.

Give each bulls eye 2 or 3 rubberbands to make 2 or 3 circles in each eye. 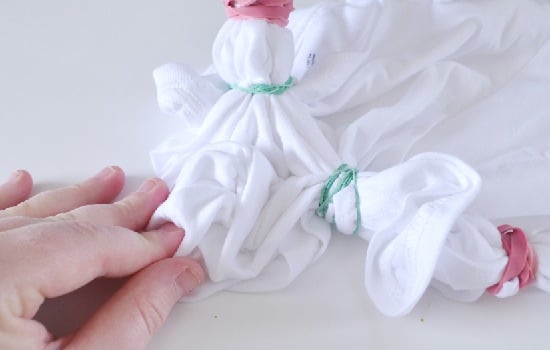 Take the remainder of the fabric and haphazardly bunch and scrunch it together. 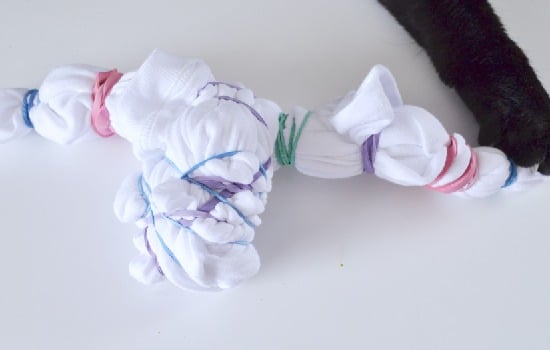 Take the scrunched and bunched and wrap the dickens out of it with rubberbands.

When applying dye, apply to the bullseye in different colors between the bands. Use one color for the remainder of the shirt in the scrunched and bunched area. 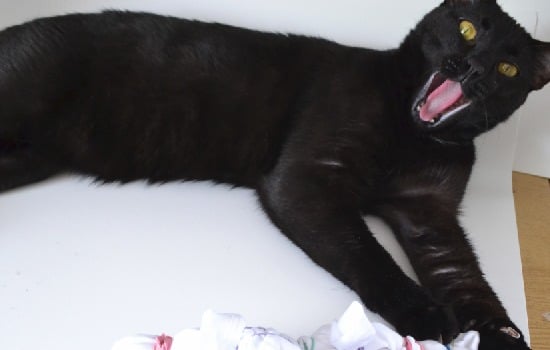 And say hi to Max. Cat would NOT shut up while I was tying all of these shirts. This is him yowling at me. Totally means business. We took a break at this point to tucker him out with the little red laser toy. 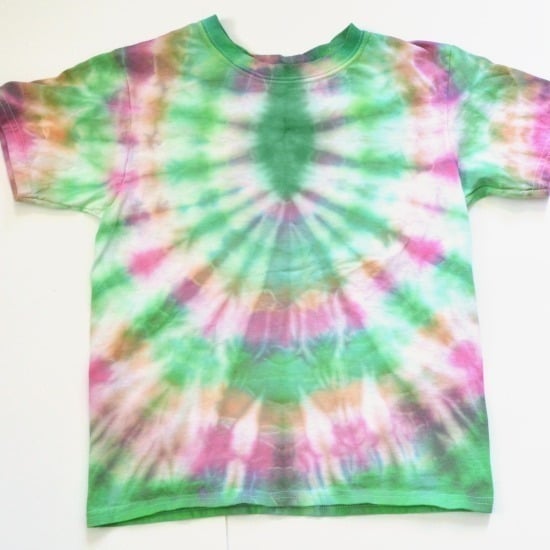 This shirt is similar to the one at the top of the post. Both ties use an accordion style pleat where you go back and forth when folding. 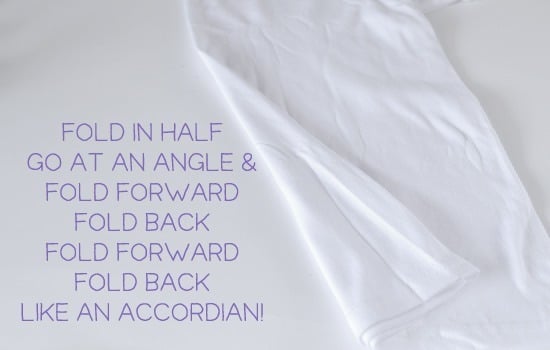 First fold the shirt in half down the middle so that the sleeves are touching. Choose a point in the fold in the middle to be your focal point. I went with the upper chest area. Use that as your starting point to accordion fold the fabric at an angle back and forth and back and forth. 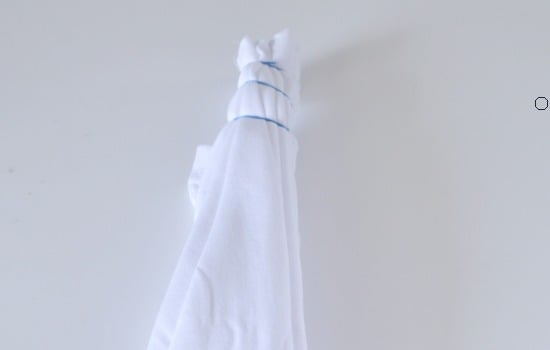 When you’re finished, it will appear like a triangle shape with the point you selected as the tip. Start taking rubber bands and and binding every few inches. Take care because it will try to fall apart on you. In fact, you might be a kid’s second pair of hands if they’re attempting this one. (I’d recommend this one for older kids) 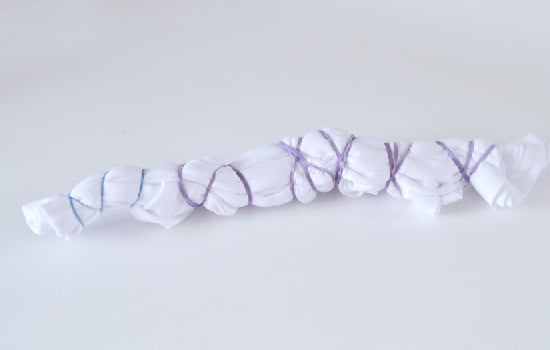 When applying the dye, go in straight lines from one end to the other to get a pattern like you see above. 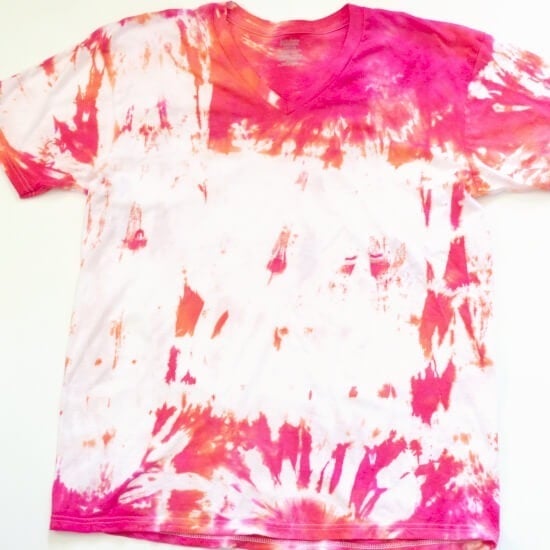 This method is the knot and uses no rubberbands or ties of any sort. 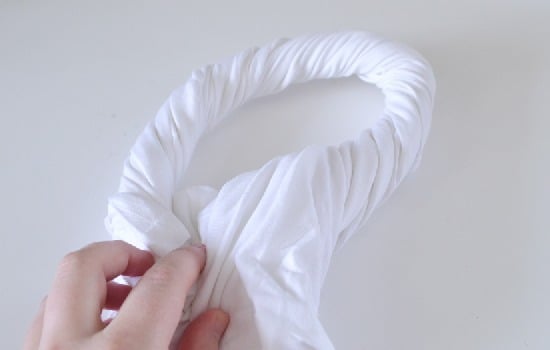 Take the shirt and spin it up as much as possible from top to bottom. 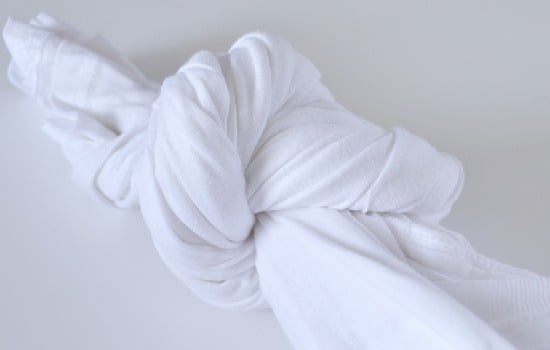 Tie the shirt into one big knot right in the middle. Don’t pull too tightly because you can warp the shape of the fabric, but make sure it’s fairly secure. 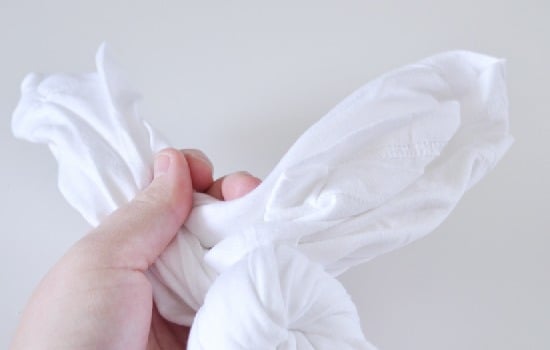 Take what you have left and make knots as possible.

When dyeing this tie I like to go over it with one color that is lighter and follow with another heavy dousing of a darker color or use two fairly similar colors. For instance here I went hot pink and then red. This tie is really hard to predict. Sometimes I’ve had dye seep in for some awesome patterns but most of the time you’re going to get a lot of white space in the center and some neat dyeing along the top and the bottom like you see in the example above.

So those are the last four ties and I hope that you enjoyed them. Tie dyeing can be so much fun and I haven’t met a kid, yet who doesn’t like doing it. It’s messy and the results are unpredictable, total kid stuff. Now I tend to like to leave my shirts to sit for 24 hours but let them sit for at least 6. I also know kids (and adults like me) can get impatient about it. If you need more tips, visit yesterday’s post.

Tomorrow we’re going to have a tasty guest post, but come back on Thursday for more tie dyed goodness!