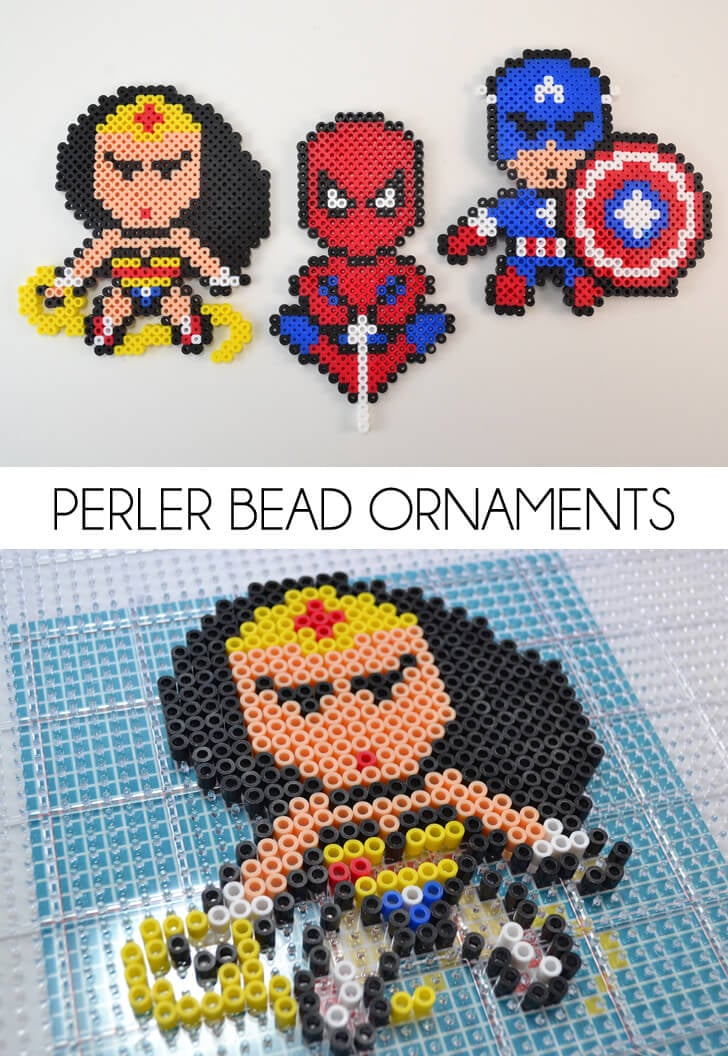 So I went the weensiest bit nuts with Perler beads. I mean I bought a stinking ton of them in every possible color. I was creating these superhero Perler bead patterns to use as ornaments for the boys. And I was enjoying it a lot until one day I was all, ugh, I don’t want to mess with all of those itty, bitty beads. And just like that I stopped making them. Gone were the plans to make an Iron Man, the gold and burgundy beads ordered off of the internet tossed into a box. Done were the plans to make even more patterns. Long story sort, I burnt myself on the project so quickly because I got so focused on getting it all and getting it all done that it quit being fun.

So today I’m going to share with you the four Perler bead patterns I used as ornaments and I’m hoping that you’ll enjoy them!

I initially saw these little 8 bit superheros  made with sticky notes in an office and I thought the idea was massively awesome. I wound up borrowing those images to make perler bead ornament patterns including my FAVE Wonder Woman and I never looked back! 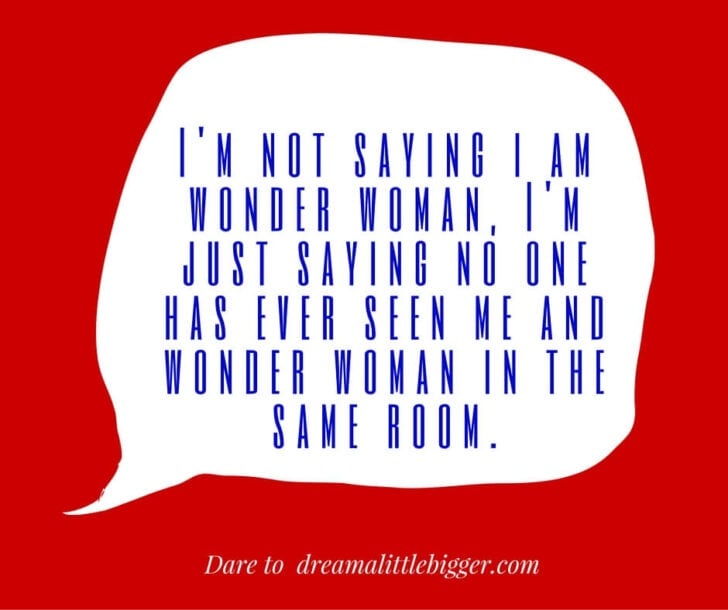 Let’s get to it, shall we? For this project you will need: 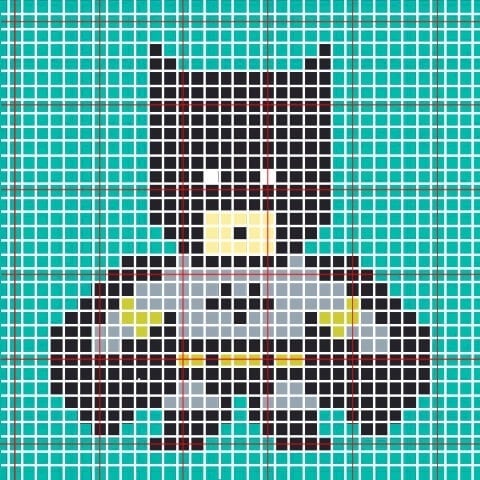 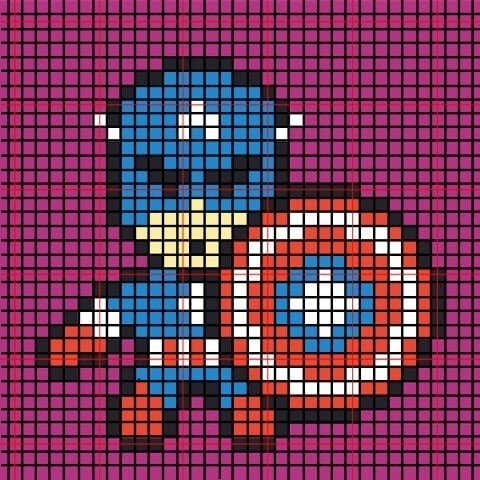 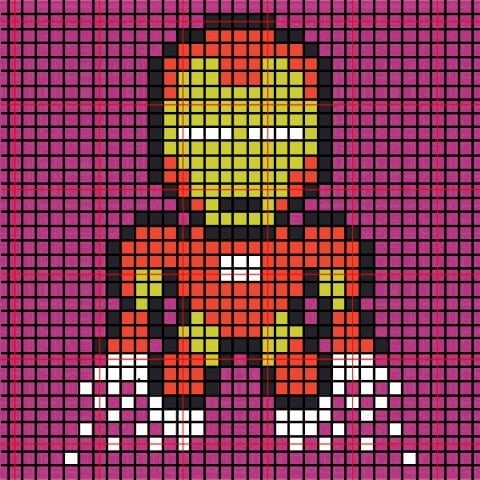 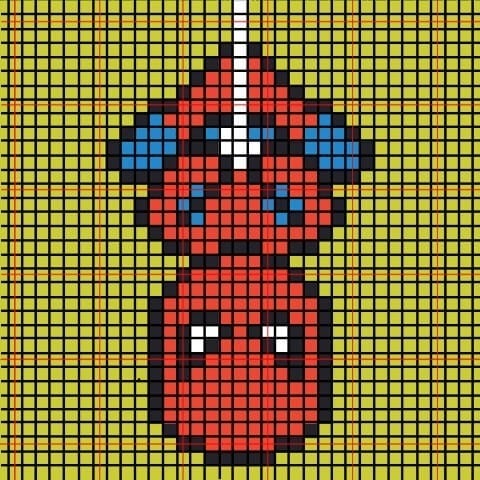 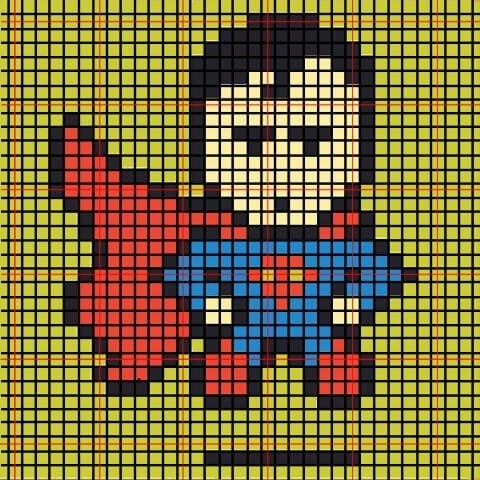 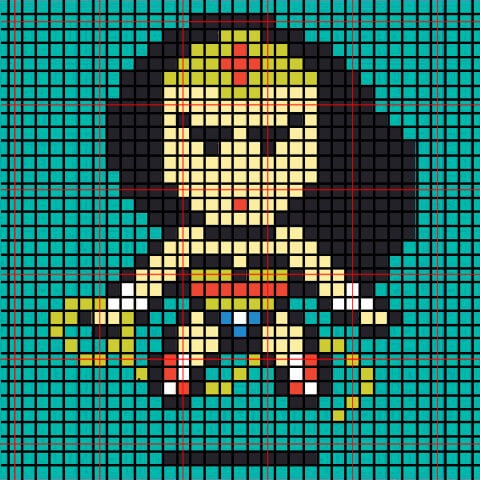 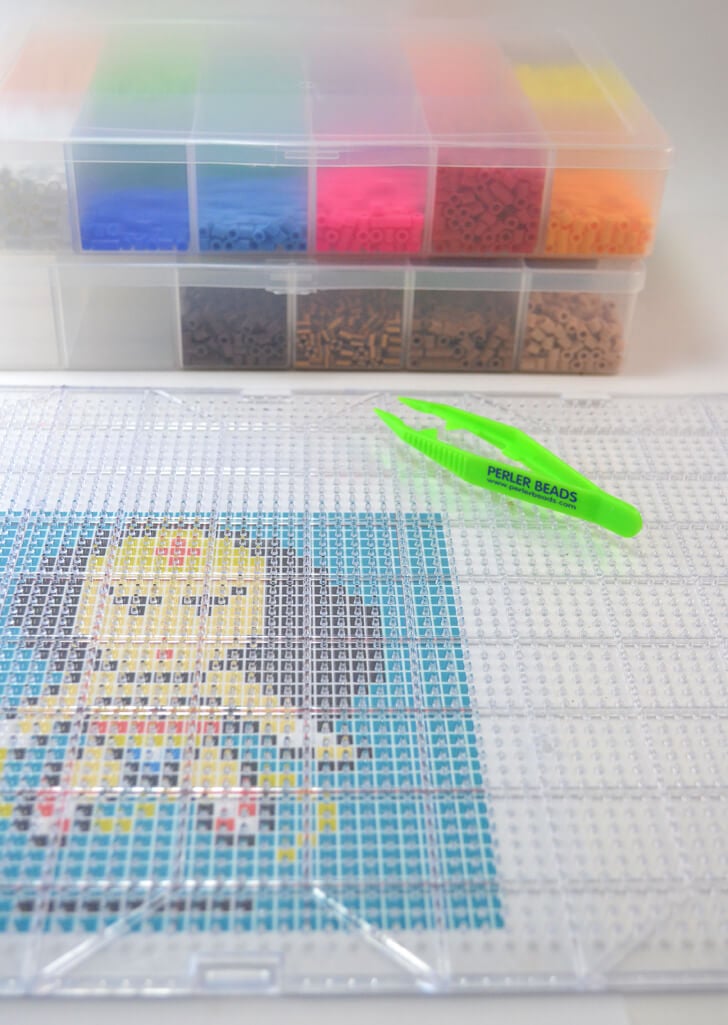 Now I laid out the free patterns to fit right underneath these clear Perler Bead peg boards.

There are lines that run along with the raised lines on the grid that make square shapes, this way you can center up your pattern easily if you accidentally scoot something around. 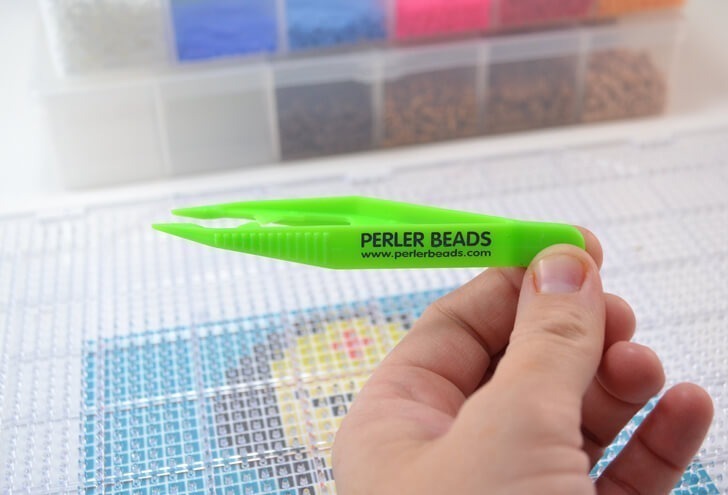 Now these guys are completely optional but they are totally awesome. Little plastic tweezers that won’t do you good for much else but with Perler beads they really rock and speed up your project time. I’m talking an immense increase in speed! 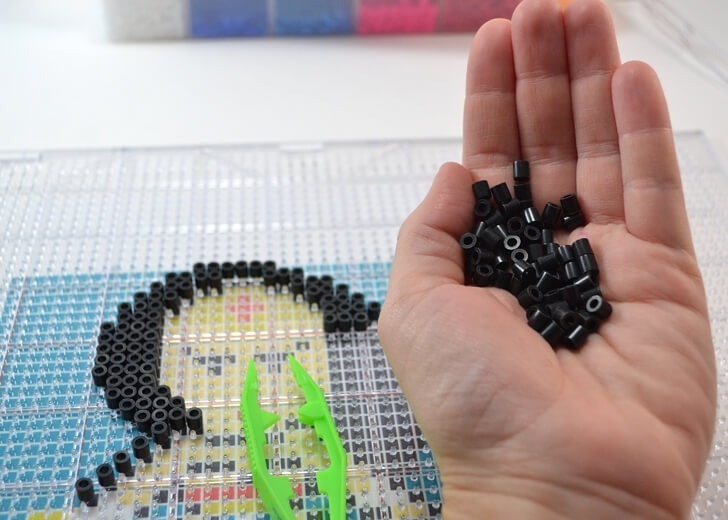 They sell trays with lots of different colors in them but as it turns out you might use up an entire color out of one of those for these guys. They’re kind of big. I wound up going back and purchasing the colors I needed in bags. 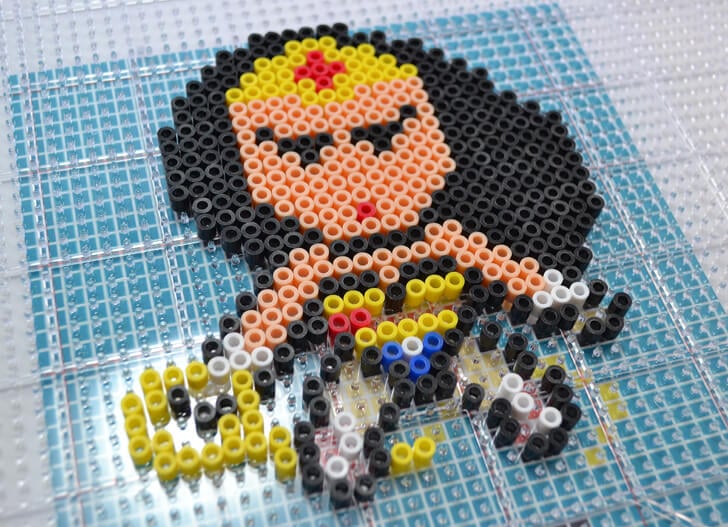 Because the patterns slip right under the clear board these guys whip up pretty quickly. Surprisingly quickly compared to reading a chart and getting confused and then taking it apart and starting over. Surely I can’t be the only one who has a hard time with Perler beads and charts, right? 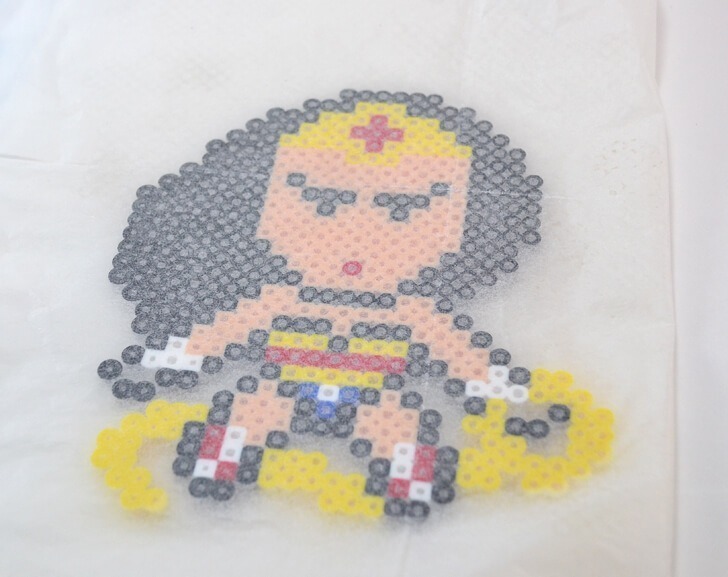 Once your piece is together place the ironing sheet that comes with the beads on top. If you bought individual bags you’ll need to purchase this paper separately. 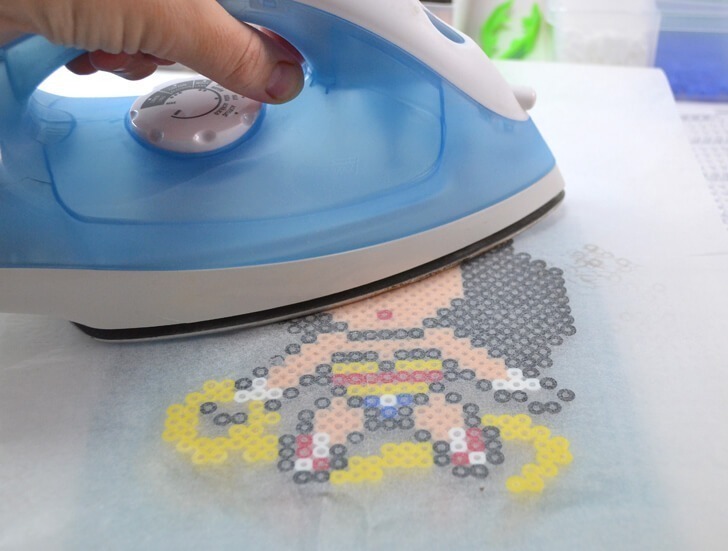 Now I can’t remember the directions that the beads actually say for you to do but it never works for me. Instead I turn my iron on to Linen setting (the hottest) and slowly move the iron around and around to evenly melt the beads. Or hopefully evenly. Sometimes despite best efforts one side is a little more smooshed than the other :)

I actually like this video about how to iron your beads and the kid is freaking cute as all get out which is an added bonus :) 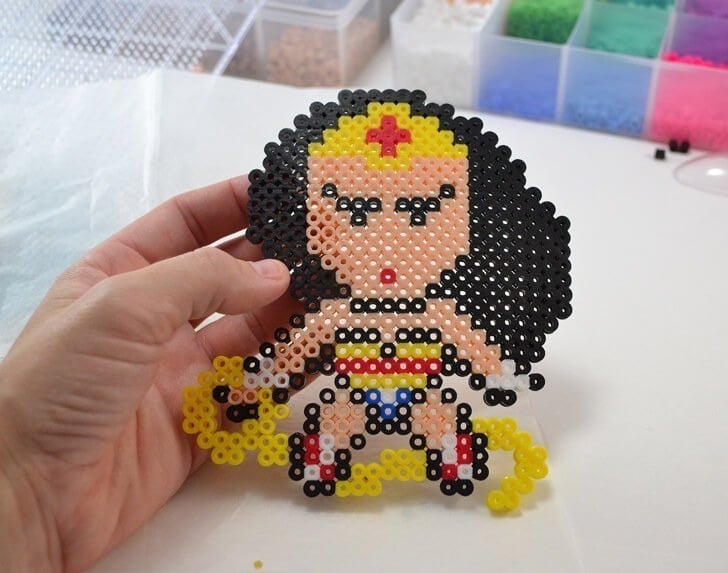 Allow the beads to cool and gently peel away the paper. Work slowly so that you don’t have to worry about… crud I didn’t finish the hand on the right. See that? Meh.

Peel the paper up slowly so that if any beads didn’t connect with each other you don’t send them flying across the room. If the beads all stick together, huzzah! It’s time to move on to the next super hero! 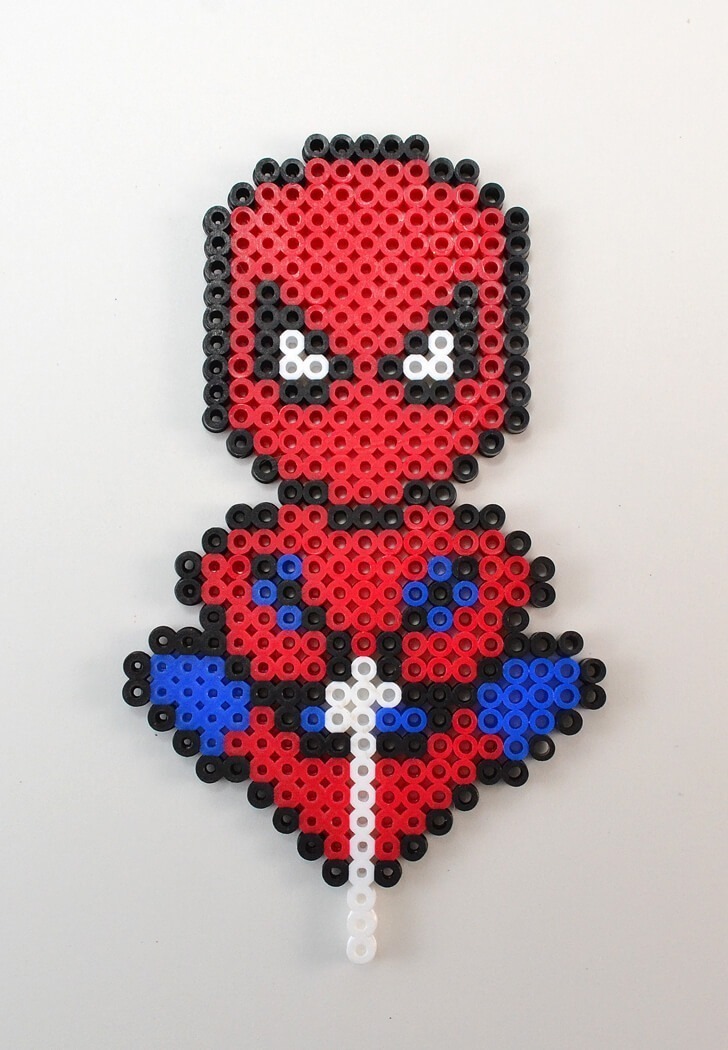 I love Wonder Woman most of all, but dang if I noticed I didn’t finish her hand until a few sentences ago. Now that’s going to drive me freaking batty. I guess in lieu of the incomplete WW I am a big fan of Spider-man. Though I think he’s supposed to hang the other way but that makes me dizzy so the boys can work that one out :) 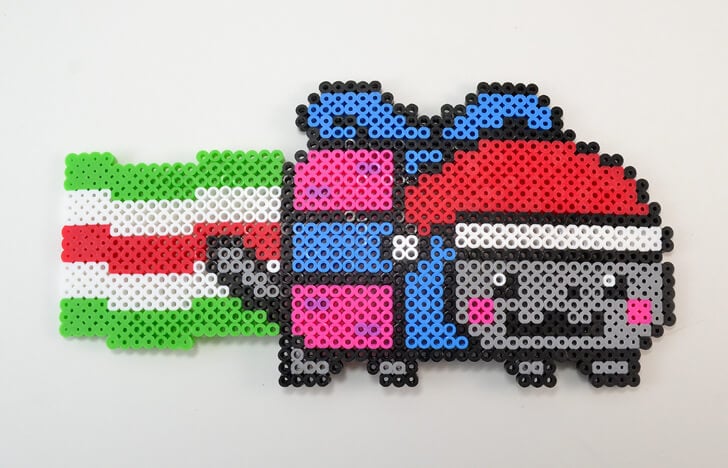 And just because I’m a freak for all things kitty I went ahead and made a gift wrapped Nyan Cat!

But let’s get back to the main event, the super heroes! Don’t forget to print those patterns and you’ll have a little project to keep the kiddos busy for a while! Or if you’re like me  you’ll adult the heck out of those suckers! 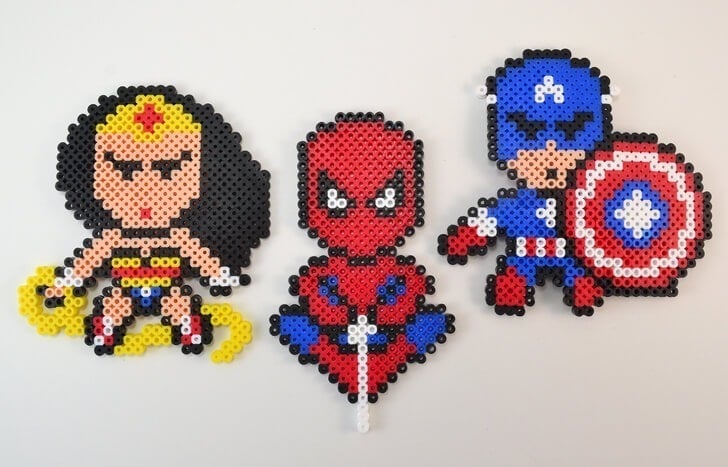