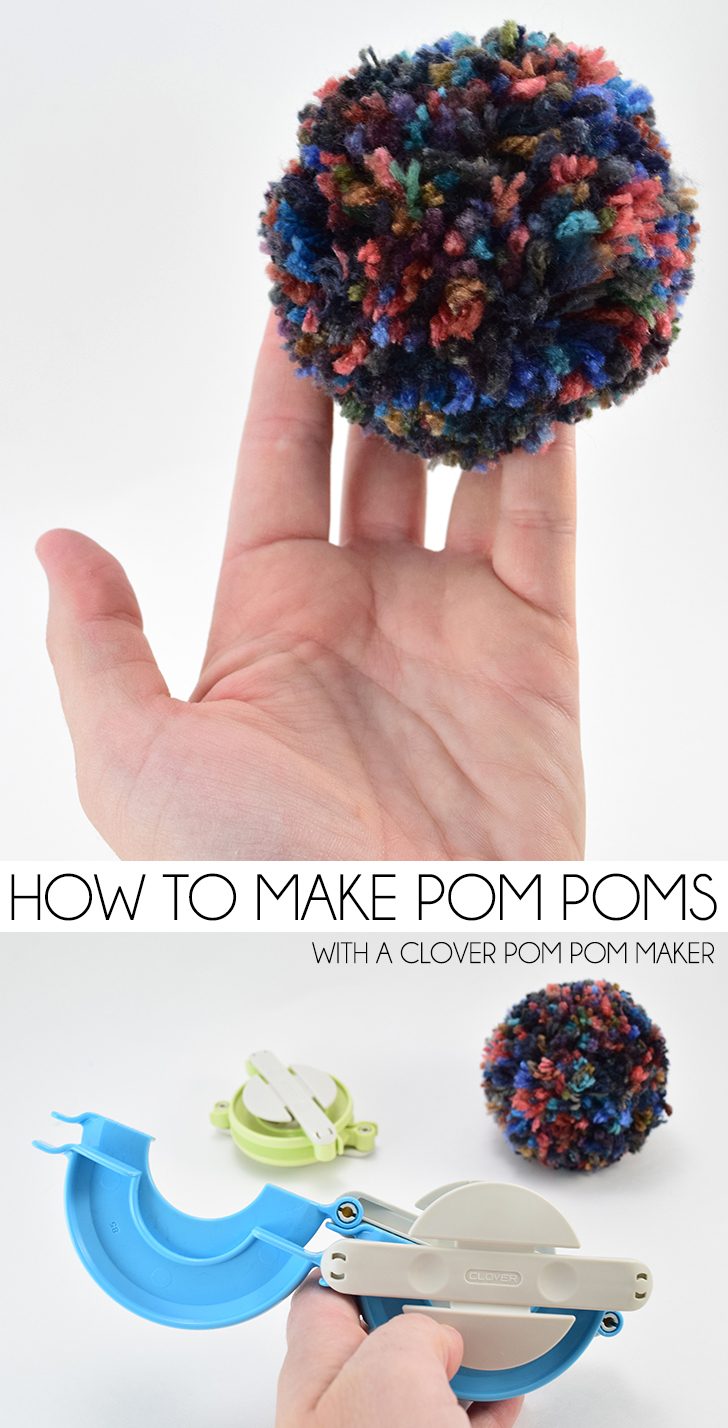 Today I’m going to show you, in less than 2 minutes, mind, how to use a Clover Pom Pom Maker, but I’m feeling chatty so bear with me or scroll down to the video… So a few weeks ago I convinced everybody to go to a museum I really, really wanted to go to and as we were leaving my mom slipped, fell and broke her ankle in 3 places. We picked her up, put her into the car and took her to the hospital where she wound up spending almost an entire WEEK. How awful is that?

Rob stuck around for a few days but eventually the fall semester started up and he had to head back home to start teaching the masses and I stayed behind to do my best to be helpful. Most of what I did was hang around the hospital and run around town getting sodas and underwear and whatever else was needed whenever it was needed. I needed something to keep busy and I started off with embroidery but I got so bored of that so quickly. 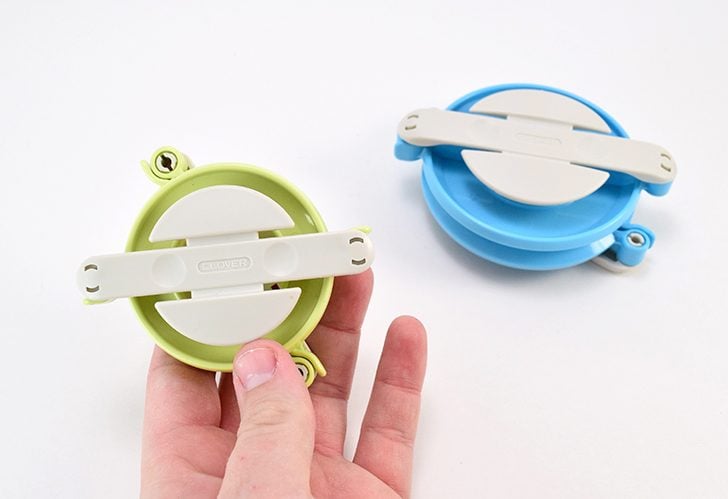 And I kept thinking about how the blog was in virtual silence. Surely I should figure out something I could do to help create things I could share on the blog. And then one day, when looking at yarn it hit me. I would make a ton of pom poms and put them together to make my mom this amazing, fluffy rug. When she gets better and she can stand on her own she can smoosh her toes in that fluffy rug and know how sorry I am that she broke it in the first place.

As it turned out pom poms were quite a hit with my mother’s medical staff. Sitting in pre-op next to my parents the surgeon asked what I was doing with my hands. When I showed him he was pretty darn impressed and I thought, is the guy who is about to operate on my mother really that impressed with the creation of a fluffy bit of yarn? Is this a good thing or a band thing? :) 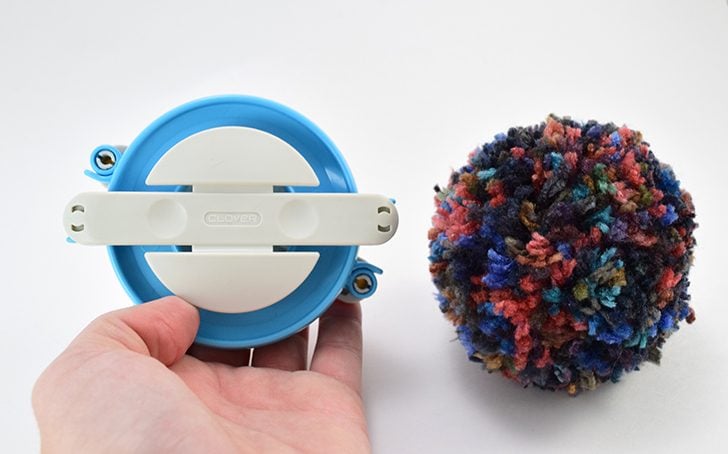 He offhandedly said if I wanted to make him one he likes any color but pink. So as my dad and I sat in the lobby I made the most uniform, most symmetrical and perfect BLUE pom pom that my dad handed the surgeon when he gave us the post-op rundown. He played with it as he talked with us and then put it in his pocket and went about his doctorly visit.

When his assistant came in a few days later to check on my mom she, too, wanted to know what I was doing with my hands. I showed her and she said something to the effect of “you’re the one he took that thing off of. I told him to quit taking things from patients!” And when my dad asked if she’d like her own she said yes pretty freakin’ quickly! 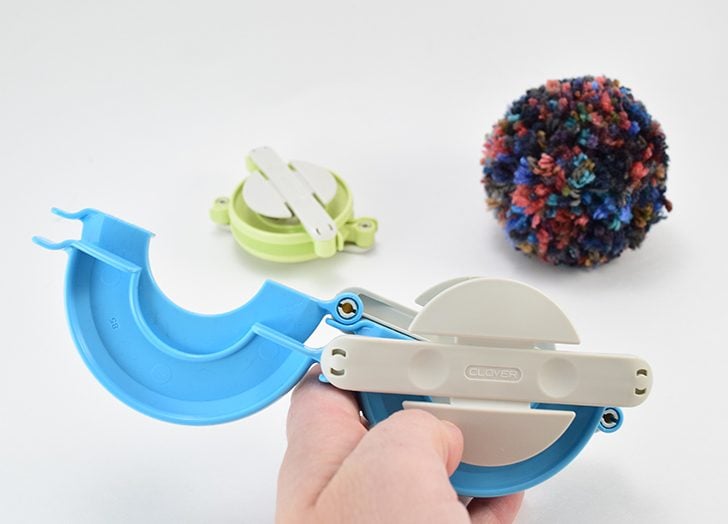 The third pom pom went to the lovely lady who was keeping my mom’s room nice and clean. Her son, I think she said who is 7, is the entrepreneur of the family constantly asking his mom if he can sell this or that. Upon seeing the pom poms she decided that she needed to get him a maker so that he could have something to sell! She went home with a sample, because little business man would want to know the product before getting sucked into anything :)

But, again, figuring this thing out was a beast! So I decided to make a video that’s going to take less than 2 minutes of your day and show you how to use a clover pom pom maker so you can grab that yarn and get about your day.

So what do you say? Pretty easy when you can tell what goes where, right? Now I have no less than FOUR projects finished up and/or in the works to be sharing with you in the coming weeks. If, like me, you’re wondering if these things are worth $7 I can tell you I’ve definitely gotten that much out of my set. I say snap a set up and start busting out some fluffy. Just don’t be surprised if half of them get begged off of you :) 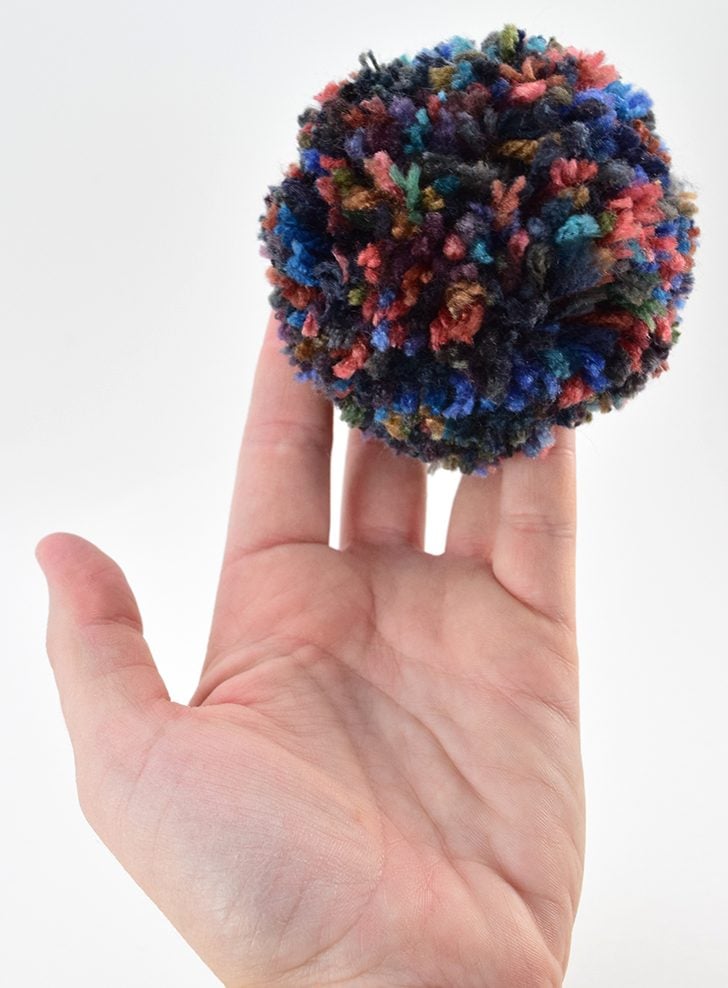