So I’m making ice cream like I’ve got a Baskin Robbins to fully stock. We haven’t gotten to 31 flavors, yet, but at this rate we’re going go get there :)

In all honesty so far I’ve made lots and lots and lots of flavors. This is the fourth that has been shared in as many weeks, one every Thursday. And as it just so happens, I have a good four other ice cream recipe posts written and ready to go (and another 3 that are still in the works as first through second attempts of them have all failed).

Basically I LOVE ice cream and Rob and I found the most fantastic little shop that sells some really great flavors and it’s lots of fun to go BUT out of the 3 times we have gone I’ve gotten sick twice. And not just kind of sick but really sick. We did our due diligence asking which flavors I can have and all but it just doesn’t seem to matter… this Celiac gal just can’t catch a break when it comes to ice cream parlors. One day we went and every single ice cream in the “featured case” as I was informed it was called had some sort of cookie, cake, cracker or pretzels or something made from wheat. The ones in the “every day” flavors area were all GF I was told but within about 5 minutes of ice cream time I was one sick chick. 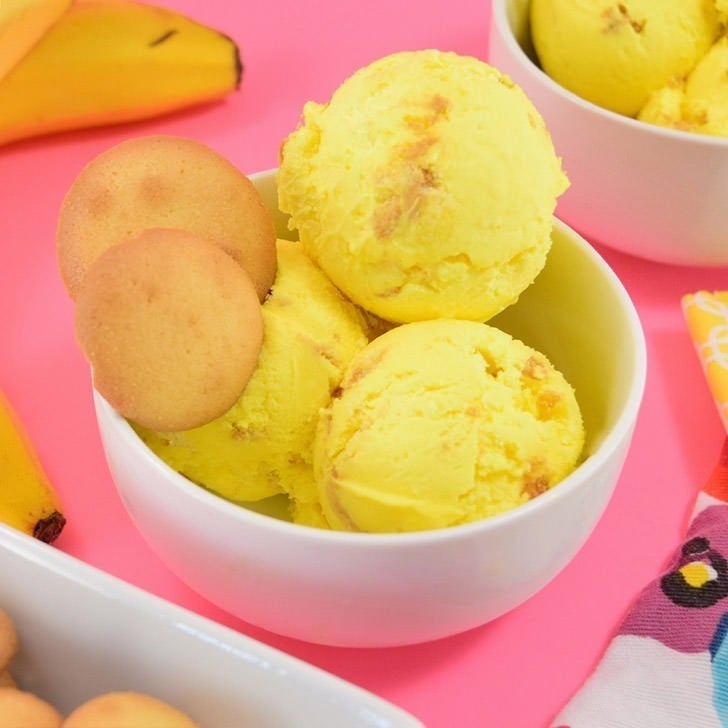 So these days I’m making my own and I’m gung-ho about it. I’ve asked around to friends and family to ask for their favorite flavors they’d like to see made into an ice cream and my sister has quite a few really good ideas, as does Mr. Rob. But when my sister asked for a Banana Pudding Ice Cream recipe I thought that sounded pretty cool even though, in all honesty, I can’t stand banana pudding :)

When we went to the grocery store and they had some really, really good Gluten Free Vanilla Wafers in stock, it seemed like the perfect time to give this recipe it’s day in court. Now Rob likes banana pudding and he says that this ice cream is beyond amazing. I can’t stand anything artificial banana BUT I ate a whole, scoop of this stuff all by myself. Is it good? Good doesn’t even scratch the surface! 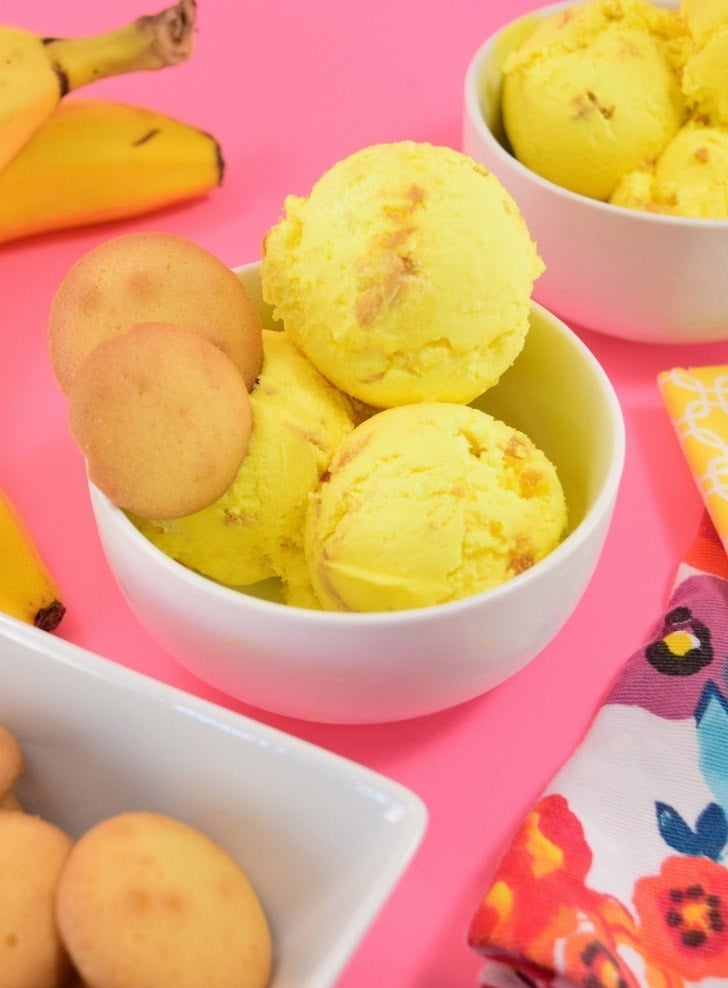 This super simple ice cream recipe is such a fun and simple twist on a classic summer dessert. Perfect for family get togethers or movie night, this recipe is perfect for banana fans! 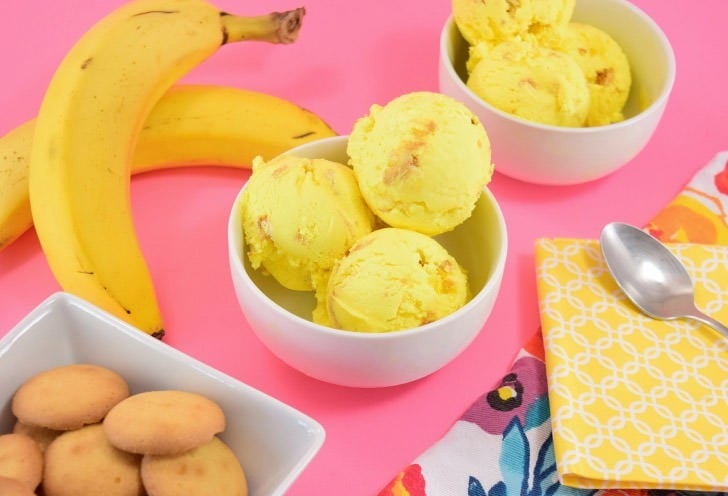