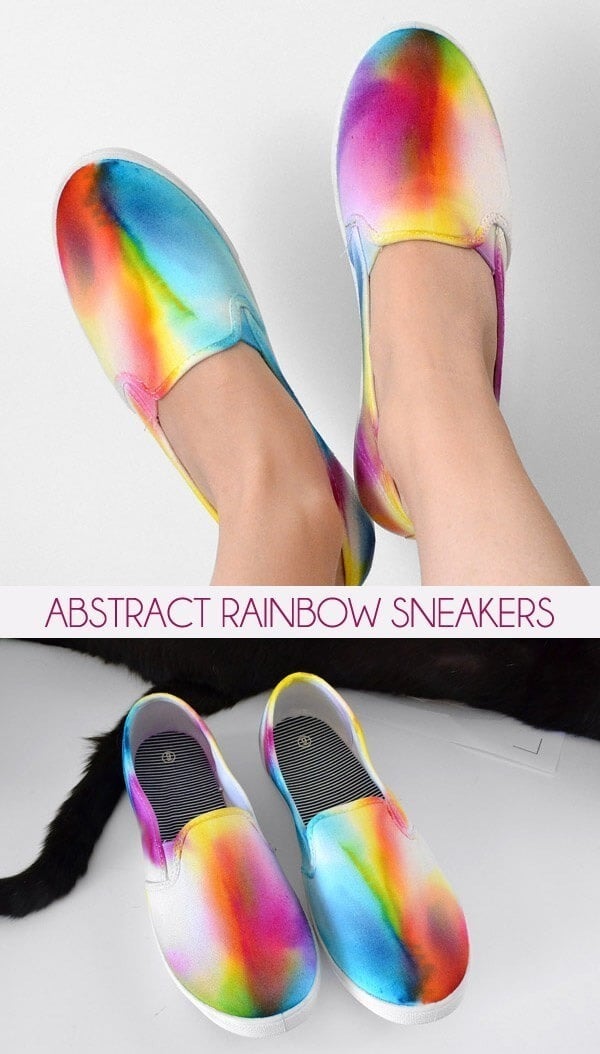 Some time ago I made some sneakers and the results were a total fail. And I mean fail in that what I wanted to happen did not happen. Instead something way cooler went down. But that’s the thing with crafts… sometimes they don’t turn out anything like what you wanted and you kind of have to accept that.

Check them out down there… Aren’t those nifty? It wasn’t what I thought would happen and, at first, I was terribly disappointed in them. But after decided to take off that “oh, gosh I failed” face and looked at the shoes with new eyes I decided they were cool. Way cool in fact. But it was  hard getting to that accepting point. 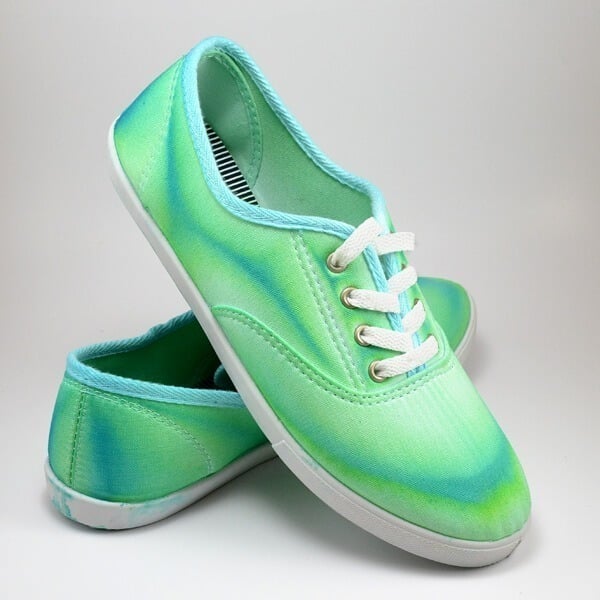 I am a perfectionist. And not just any perfectionist, I’m one with OCD. Not the kind that people say they have when they have a really clean house or like things a very specific way. The kind that is diagnosed, medicated and considered a mental illness and is really, really awful to have. It’s not necessarily about making things excessively clean (though I do have that tendency). One of the things I hate the most that I go through is having to pick things apart and try to figure out the why or how. If an illness flares up I wonder why did it happen to the point that I will work out everything I did beforehand. And then I pick all those ideas apart to try and figure how likely that would have been to cause the fact that I am currently sick. And it’s not like I think about this for 5 minutes and move on. It can last for days and days making it hard to concentrate on anything but what did I do to make myself sick? That’s the O part of OCD – obsessive.

Through the work I’ve done on this blog I’ve learned to accept, to a certain degree, that sh*t happens and that has spread out to other parts of my life, too. This that or the other thing didn’t work out, I got sick, somebody said something awful to me… let’s junk it and move on. It doesn’t always work out and I do still obsess but for the times when I’ve been able to let it go it’s been very liberating for me. So when I made another pair of sneakers knowing that they might not turn out as I had hoped, I was still game and I was really proud of myself for going into it with the mentality that whatever happens, happens. 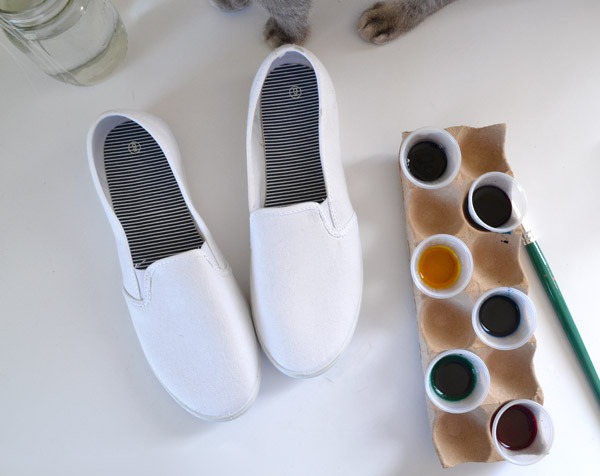 Below is my set up… In little cups I have a tiny amount of red, yellow, green, purple, red and blue all ready to go. I also have water and paper towels to clean my brush in between colors. 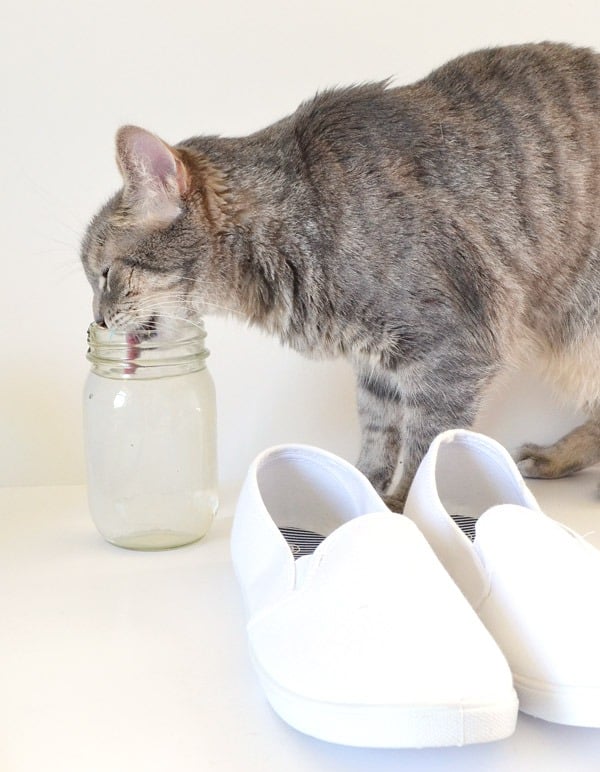 Marla came in to make sure that my brush cleaning water was acceptable and it seems as though it was. 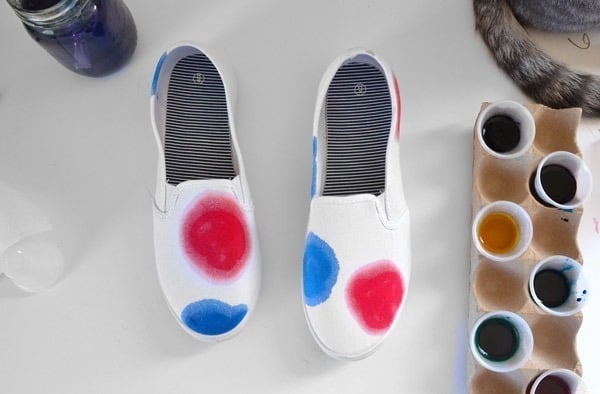 Starting with dry sneakers, paint huge daubs of color all around. I worked with one color at a time to keep my water “cleaner” for a bit longer. Don’t know that even works or not but that is totally what I did anyway :) 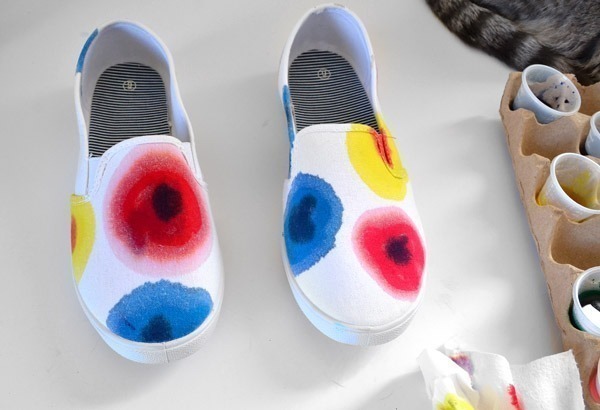 After the main dots apply a dot of color inside of each. I tried to keep it uniform… purple inside of blue, blue inside of red and red inside of orange but do whatever floats your boat. Allow to sit about 20 or 30 minutes. 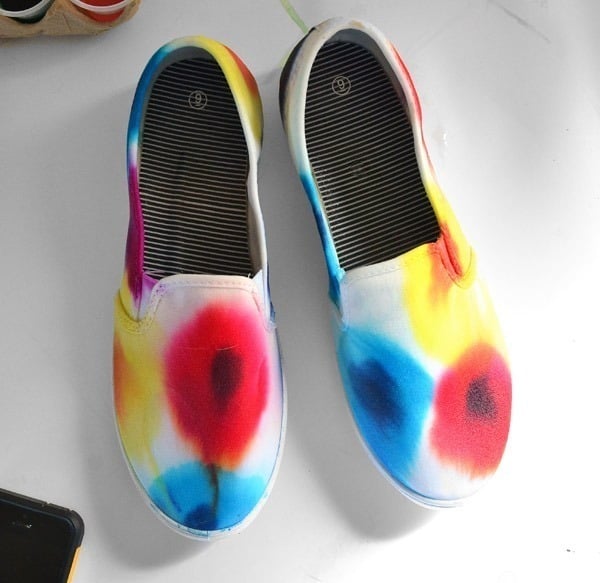 Now that the dye is dry, take and run them right under the sink (water running heel to toe) until the water runs clear. Leave them super wet and set them out. 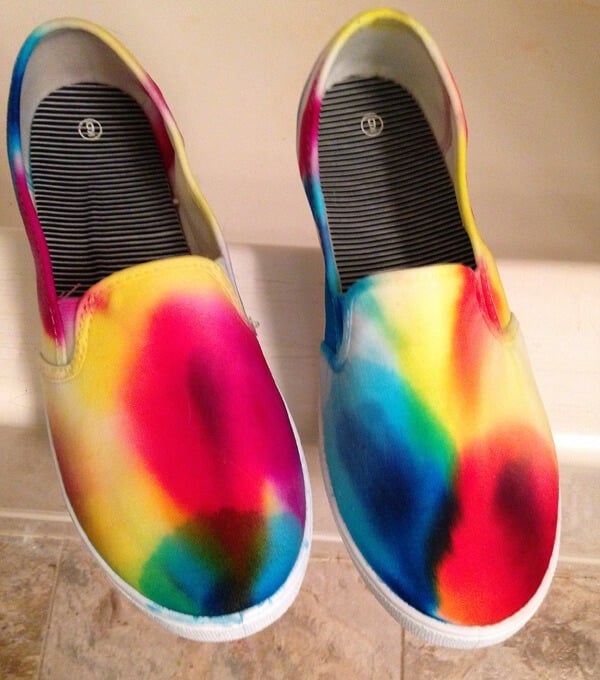 I left my shoes in the bathroom to dry and they were like this in the middle of the night. I had to, of course, run and grab my camera for one, single, terrible photo! This is where I had hoped the shoes would end up. If I had dried them right in that moment, maybe they would have but I left them wet and went back to bed. 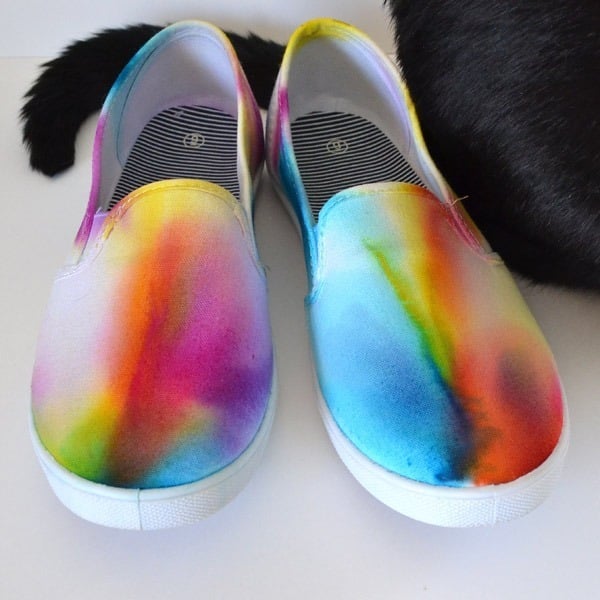 And when I woke up they looked like this. And I decided that with the white space and crazy abstract bleeding together, it was just what I wanted even if I didn’t now it at first! 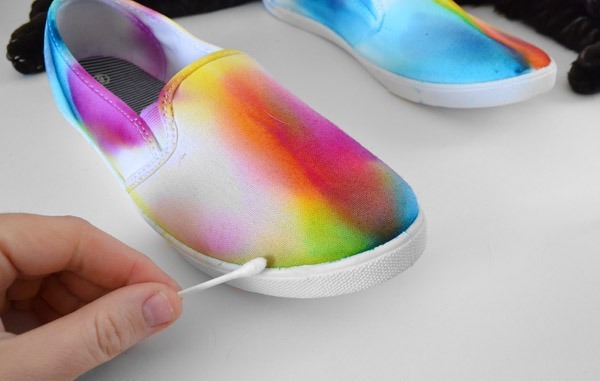 To clean any dye that has dried on the rubber of the soles simply very, very lightly wet a cotton swab with alcohol and go around cleaning up the offenses. 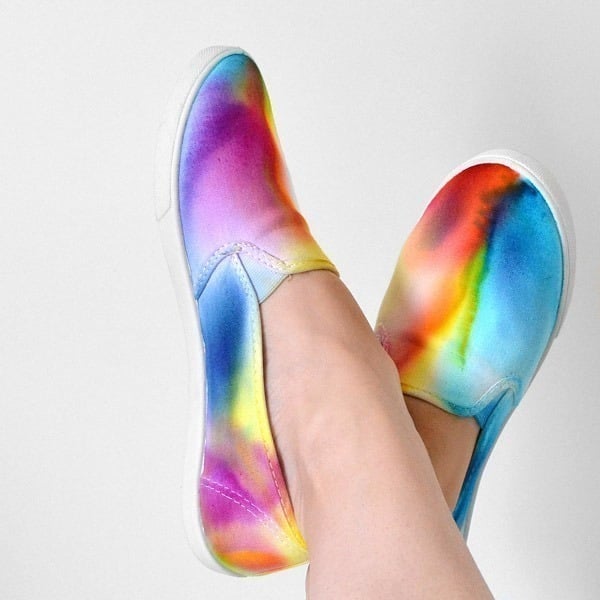 As I set out to take my after pics it seemed as though the cats were interested in their part of the glory.

And they got all up in my business for ages! Me trying to quickly snap with them out of the images is probably the reason for this awful, what the heck am I doing pose… 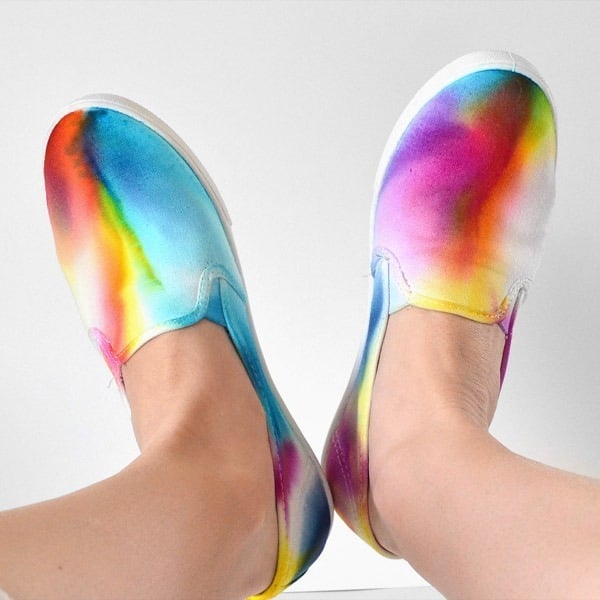 But if you know me you know I can’t be mad at them! Though they may not be exactly what I was hoping for, I’m totally and completely in love with my new sneakers. In fact, they were such a smash success with the fam, we’re going to have a crazy sneaker party really soon so everyone can make a pair of their own! 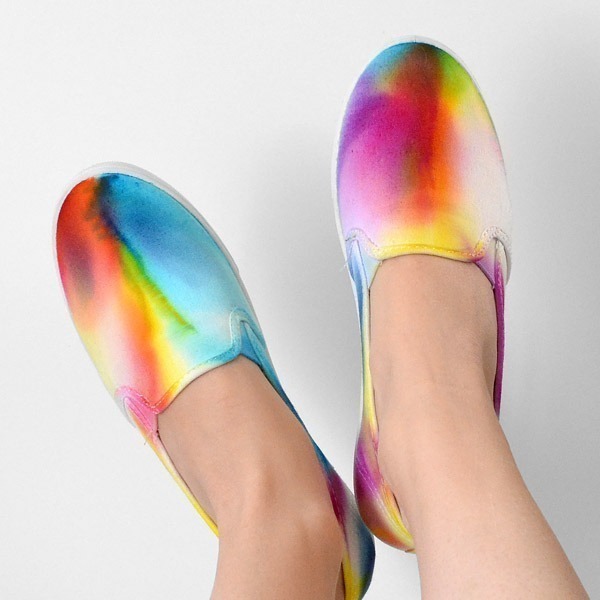