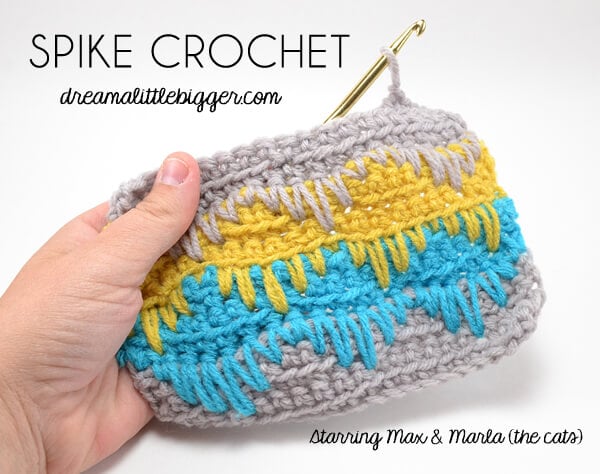 Well, I’ve taken back to my crochet hook  and a bit earlier than I expected, really. It’s still stupid hot here in Oklahoma soaring past 100 degrees and I normally don’t have the desire to dig into the yarn stash until the temperatures start to drop.

But I decided to go with it and have started thinking about all of the lovely patterns and stitches I wanted to teach you. So today we’re staring with the first of, hopefully, many crochet tutorials I’ll bring you through the end of summer and coming into Autumn. Yay!

And because I had a reader explain that the videos were so much easier to understand than pictures for her, I decided to start making video tutorials to go along with the stitches. Now, I must warn you I’m still having trouble with my video editing software so there isn’t a whole lot of editing going on (it took me half an hour to get two videos together – geez!) but I’ll learn and they’ll get better! And maybe next time I’ll kick the cats out before I get started :)

So grab your H hook and some yarn that looks pretty together and let’s get after it. 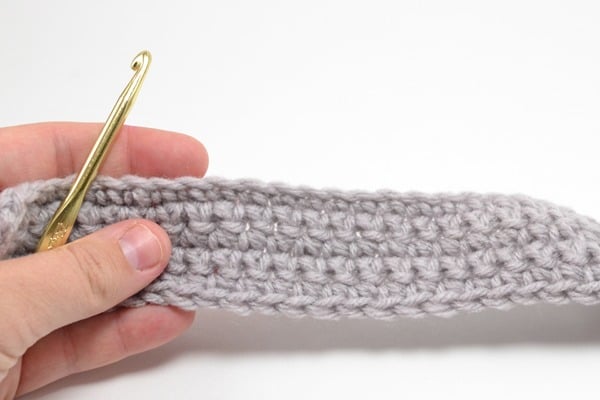 One of the greatest things about this stitch is that you don’t have to have a specific count to start. Just start chaining and work those into single crochets. Make 4 or more rows of single crochets and get ready to get your spike on. 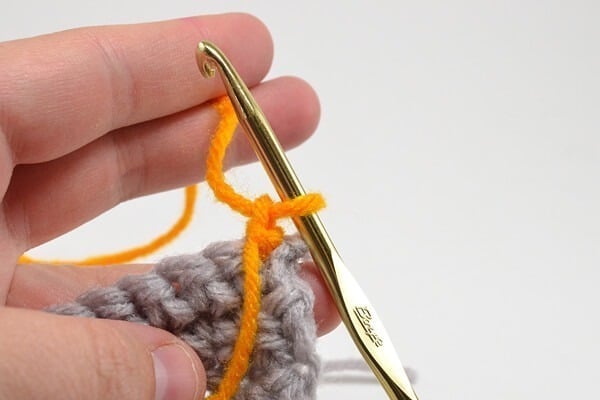 First you’ll need to change colors so that the spikes are apparent. After attaching on make a single chain. 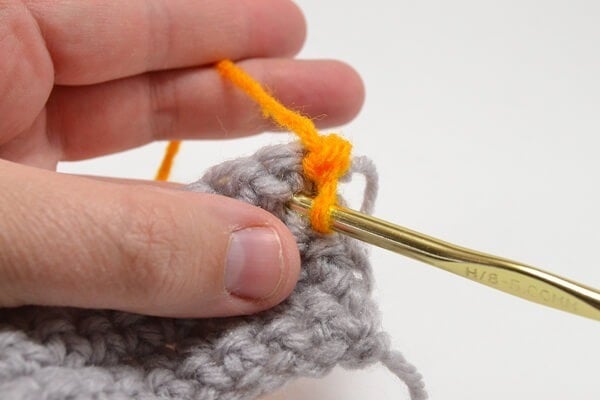 Push you hook through the front of the fabric to the left and under a single crochet in one of the rows below. Here I’m going under the first. 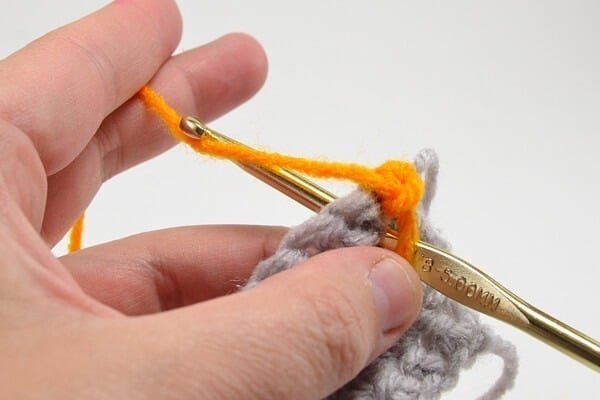 Yarn over and pull through the fabric. 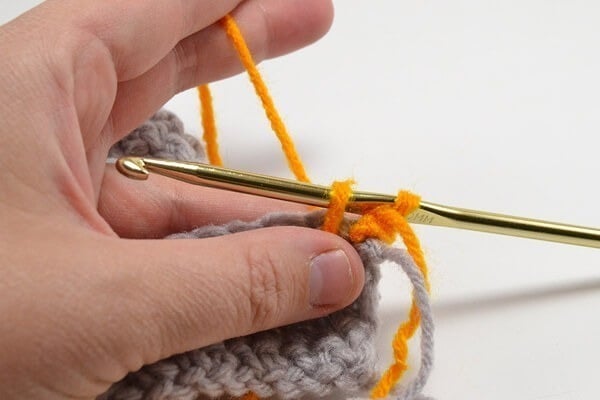 Now you’ll have two loops on your hook. Bring the hook parallel to the top of the piece. You’ll have to kind of wiggle the hook back and forth to make it work. 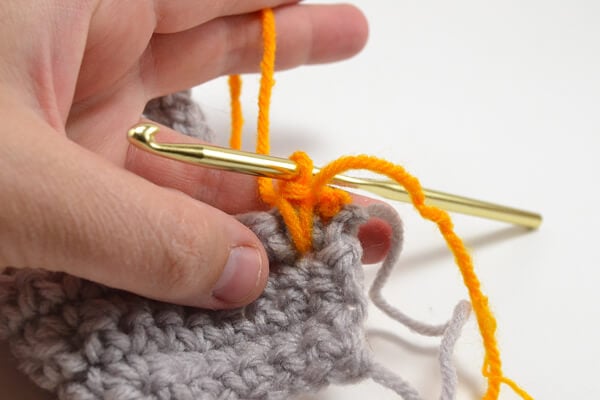 Yarn over and take off both loops finishing your first spike. 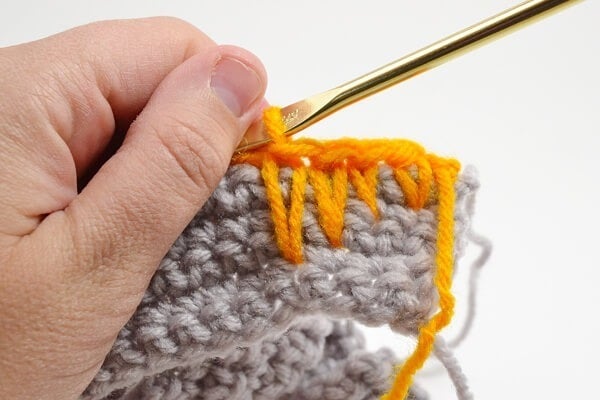 Continue the process either in a pattern or randomly. Here the spikes are gradually increasing in size and they’ll start decreasing in the next stitch. 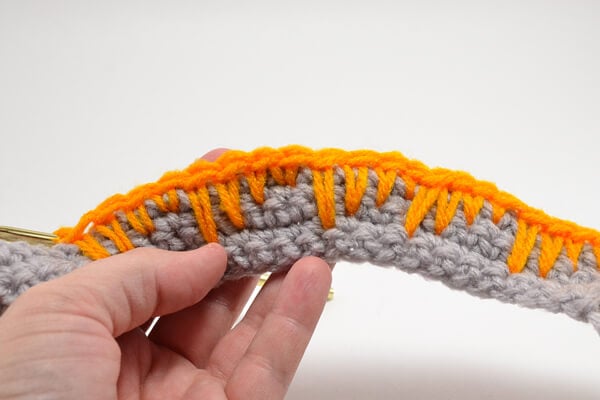 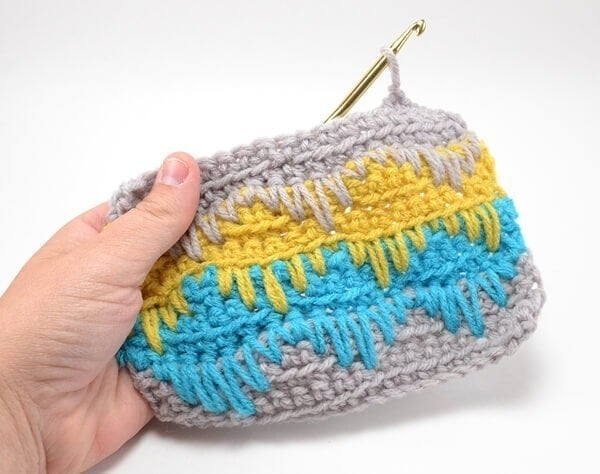 Now this is a different piece than I started on for the tutorial, but since I am out of practice I started off with a chain of like 40. That was way too big for a little sample swatch so I started over!

You can use just about as many colors as you please for the spike stitch and you can orient your spikes any way you please, too. I kept with the increasing to decreasing pattern, but varied where I started the pattern at for an asymmetrical look. Because guarantee if I tried to make it all the same or alternating or whatever I’d get halfway done and see one area where I was a bit off and it would drive me nuts.

Now, want to check out the video tutorial? I’ve got to warn you… I’m talking a whole heck of a lot for around 8 minutes and basically spending a whole lot of your time but at least you get to see my cats Max and Marla who stopped in for guest appearances :)

In the end, if you can single crochet you can totally rock this. If you have a hard time with the spikes in the beginning, be patient because there is a learning curve but the end fabric is totally worth the effort!