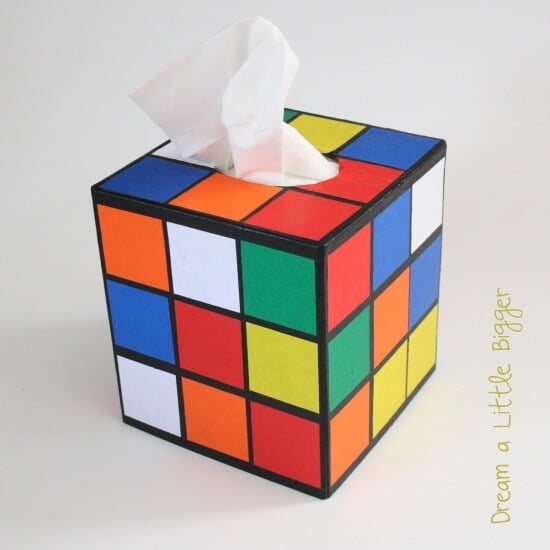 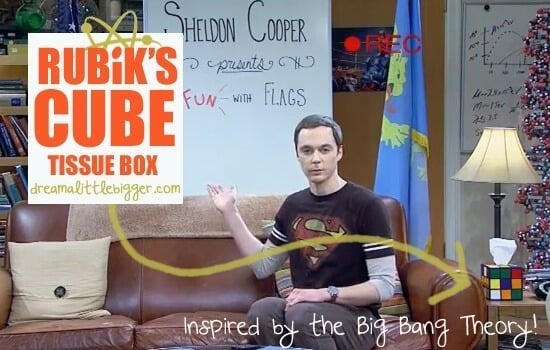 If you’re a fan of The Big Bang Theory, there is a possibility t hat you may have noticed the killer tissue box cover that resides on the table next to Sheldon’s spot. It is a bit of geeky kitsch that definitely stands out!

Since my father absolutely loves the show (and Sheldon in particular) I thought it would be neat to make him something that could double as a prop! Or, at least the understudy to a prop on his favorite show.

I first looked for one to buy, but they were all yarn on plastic canvas and I just don’t like those types of tissue boxes (they remind me of old people which is probably totally inaccurate). And while my father is older than me I don’t want to push him over the elderly ledge just yet.

So I did what any perfectly sane person would do… I stared at screen shots of the box on YouTube and then formulated a plan based on my best assumptions for how this nifty kitsch was created for the show. 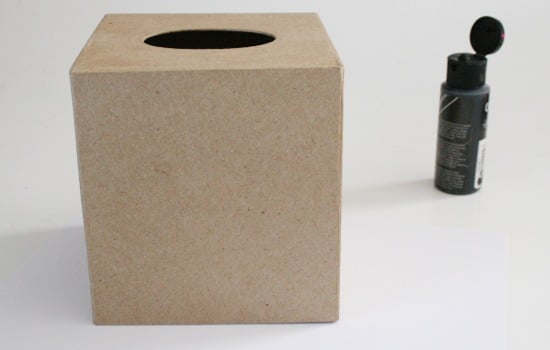 So here is the box before. From what I can tell this is most likely what the prop is. There are also wood covers you can make and DIY, but the texture isn’t right for it to be that. In the end, the paper mache works out brilliantly. 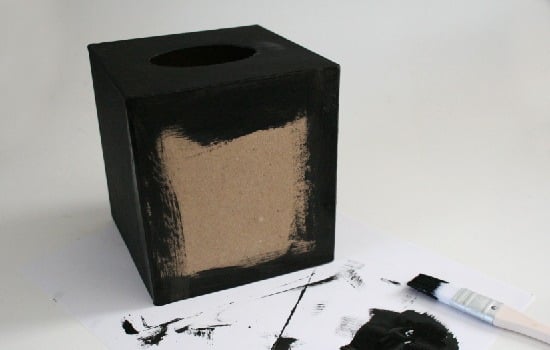 Take your box and paint very, very light coats of black onto it. Be careful because any pooled paint can make the paper texture puff up from the moisture. Just brush it on thinly and repeat with a few coats until you get a nice, black background. 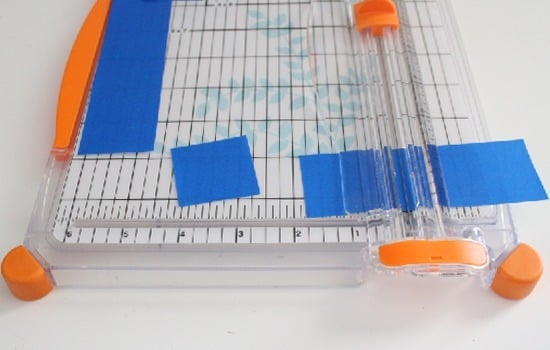 In between coats, take out your origami paper and pick out a sheet or two of yellow, orange, green red and blue. My white origami paper was really thin and the black would be visible underneath, so I used regular printer paper for the white.

Cut your paper into 1.5 inch strips and then cut those down to 1.5 inch squares. A Rubik’s cube has 9 of each color, so go ahead and cut them out. You’ll be left over with some in the end, but you can pick and choose the best squares with the surplus. 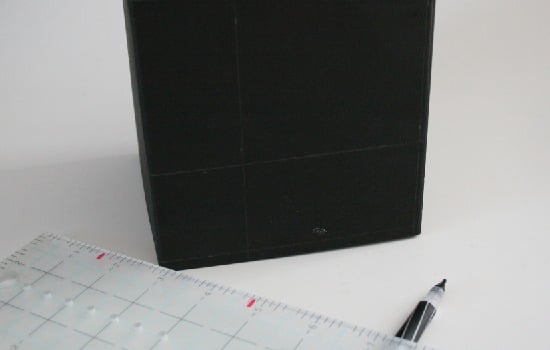 You have two routes for this next process, the first is to eyeball it. Honestly there aren’t that many places to put the squares so it is totally feasible… but if you’re OCD like me that just isn’t an option. Take a ruler and a pencil and very lightly draw a grid onto the box for placement of your squares. 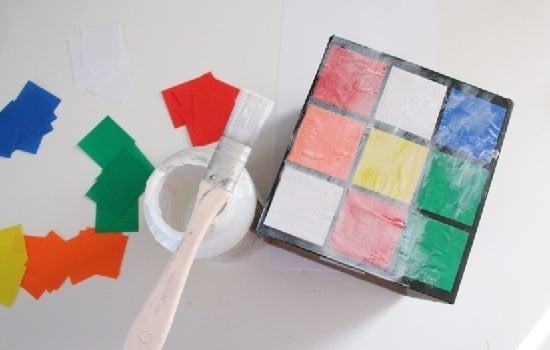 Brush a small amount of Mod Podge onto the backside of your first paper square. Carefully place onto the tissue box and adjust as necessary. Continue for all 9 squares on one side, placing them randomly. Since you have 6 colors and 9 squares, you’ll have to double a color twice. Go over the entire side with a light coat of Mod Podge and use your fingers to smooth out any wrinkles or bubbles that pop up in your squares. 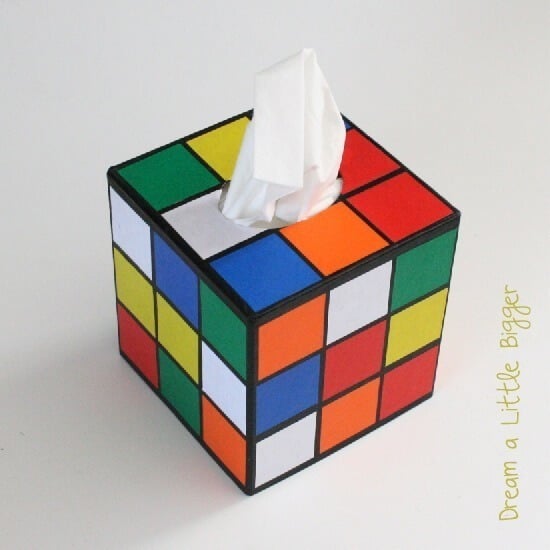 Continue this process for all of the sides, including the top. Trim any squares that overlap the hole in the top that the tissue will come out of or fold the squares inward and glue down. Give the entire box one more coat of Mod Podge and allow to fully dry. 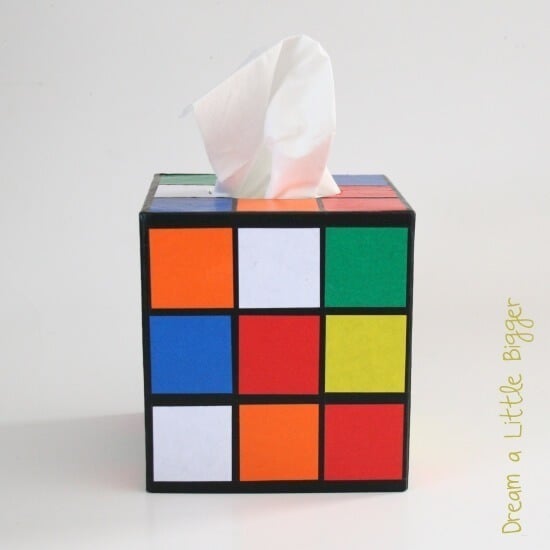 So what do you think? Would Dr. Cooper be proud? Hoping your Tuesday is amazing!

I'm a crafty cat lady with big dreams and an inability to sit still. I make it, I live it, I love it. Here at Dream a Little Bigger you'll find lots of inspiration for crafts, crochet, DIY, food, pet life and all things rainbow. Lots and lots of rainbows.
2.4K Shares
Pin2.2K
Share187
Tweet
This site uses cookies: Find out more.