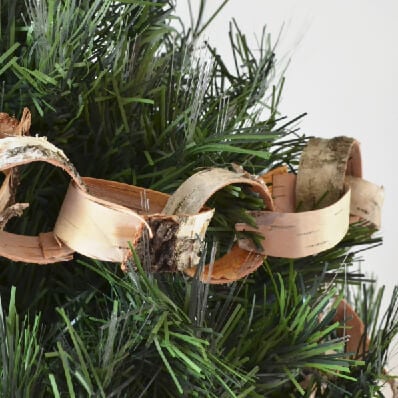 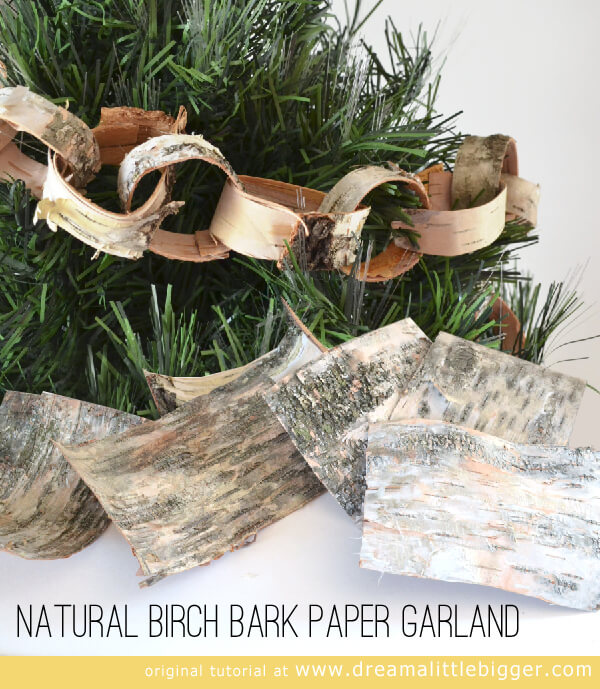 This year my crafty Christmas endeavors have all pretty well been trying to recapture something remembered from when I was a kid. There have been things I remember making with my family, like clothespin reindeer ornaments and things inspired by my Christmastime favorites like these gumdrop ornaments and this gumdrop wreath… Then there are other things I remember seeing and really liking on other trees.

When I was a kid we often would spend Christmas in Ruidoso, New Mexico. It was an amazing time and the little shops were always so sweet. When I was brainstorming for potential Christmas ornament projects from my past to share here on the blog I kept trying to remember a garland I had seen in one of these chichi shops eons ago. I remembered that it was made of wood and that I thought that was about the neatest thing ever. I remember trying to peel the bark from a tree afterward and my Mimmie telling me that wasn’t a good idea because it would kill her tree.

So I stuck this idea on the half baked list and moved on. That is until I saw sheets of birch bark being sold on Ebay and all of the stars aligned and everything fell perfectly into place! 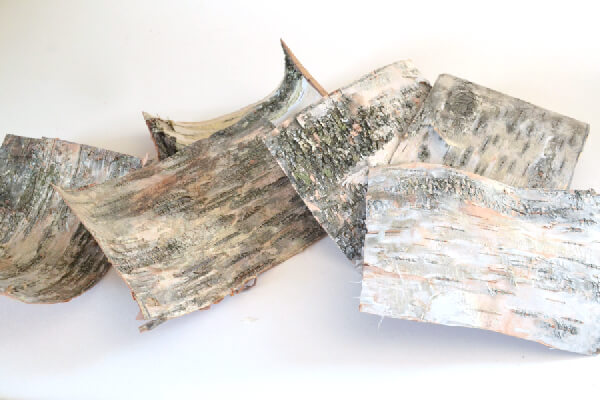 Here are my birch bark sheets. I purchased 5- 4×6 pieces for around $10.75. You can get a much better deal if you’re willing to try your luck at auctions or have your bark sent from overseas (like Russia). While I was actually getting the link to share wit you the exactly listing I purchased from, the last item was sold, so you can’t get exactly what I did but something very similar.

I took my sheets and cut them into 1/2 inch wide x 6 inch long strips. 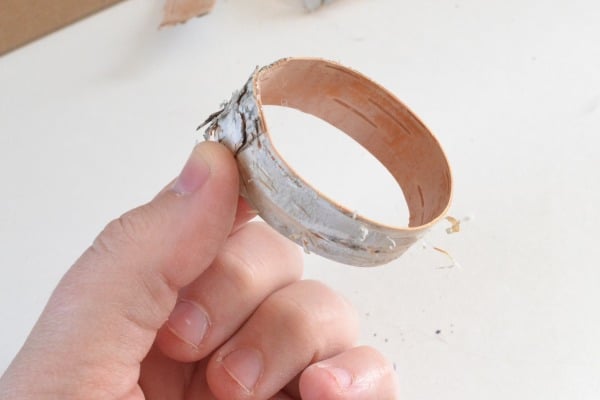 Mix up your pieces really well so that you have varying thicknesses and patterns and then form your first loop and hot glue into place. 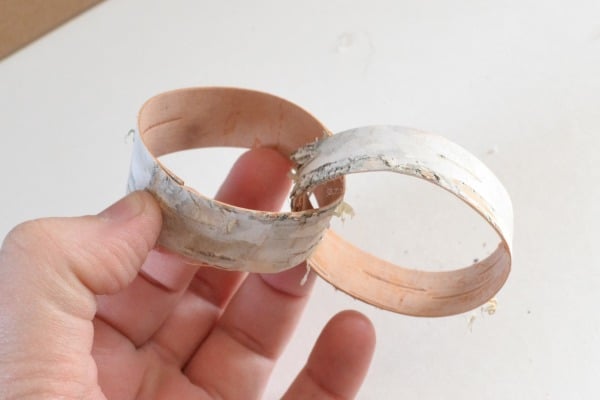 And then keep on keeping on with your bad paper chain making skills!

Some will be easier to wind up than others. The ones I had with heavy bark on the outside were far more brittle. Others I had to peel away a single layer of the interior bark so that the piece would be flexible enough to fold up. Because this is a natural material, no two pieces will be the same which makes for an awesome look! 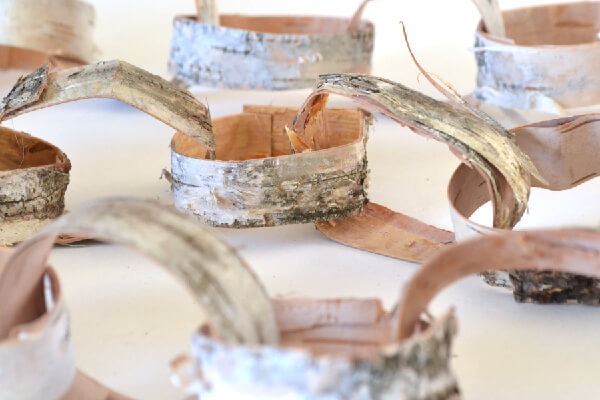 And as you can see here, some won’t be perfectly round, but will instead make interestingly pointy or oval shapes.

In the end my birch bark paper garland turned out exactly as I remembered and I’m very excited with it. The downside is that this was a fairly expensive project. My bark made a total of about 3.5 feet of chain which is enough to drape around the top of a single door or twice on a mini Christmas tree. You might could use it on your mantle successfully, too. But if you want enough garland to go around your typical 6 foot tree, you’ll need a lot more bark than I bought so keep that in mind!

That’s it for this post. My garland is hanging out on my mini tree and I really love it. As do my cats, which isn’t exactly great news! Hoping your day is a great one :)

I'm a crafty cat lady with big dreams and an inability to sit still. I make it, I live it, I love it. Here at Dream a Little Bigger you'll find lots of inspiration for crafts, crochet, DIY, food, pet life and all things rainbow. Lots and lots of rainbows.
2.6K Shares
Pin2.6K
Share13
Tweet
This site uses cookies: Find out more.