So, it’s been a while, right?!? I took some time this holiday season to rest, relax and recharge my batteries, so to speak and, I have to tell you, it’s been pretty darn good for me.

I’ve decided that with the new year I’m going to take more “me time” to do whatever needs to be done. In the past I’ve panicked and canceled doctor’s appointments to keep up with work, stayed up too late, gotten up way too early and generally stressed myself the heck out over what really doesn’t amount to all that much, anyway.

I also took a break this past summer and Rob and I visited Puerto Rico and then we traveled all around Texas with my mom and nephews. All in all that kept me away from my computer on the regular for almost 2 months. And guess what? Everything was absolutely alright! We all survived! Huzzah! 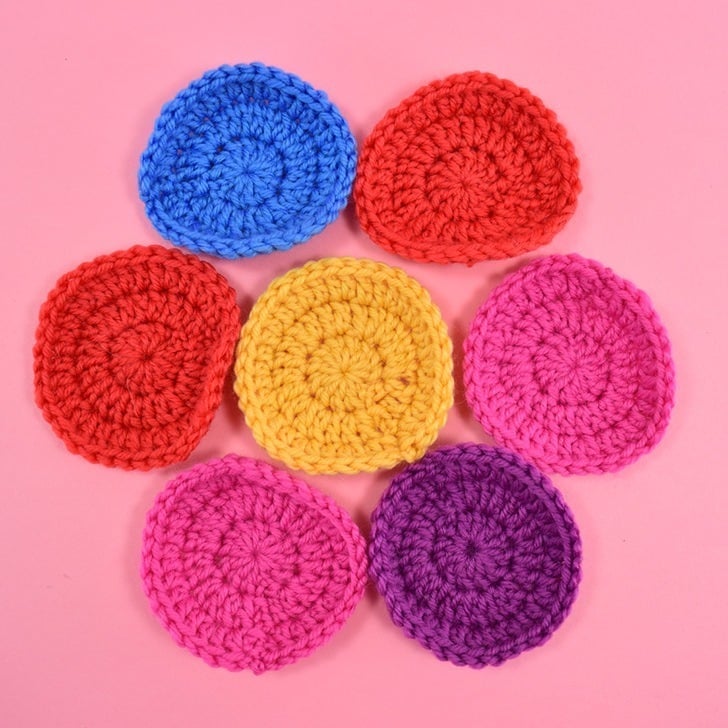 And so began my list of New Year’s Resolutions… Do you still make them? There was a while where I didn’t see the point but I must admit I’m totally loving the idea for me in 2018. My list is super long, and seems to grow by the day, but I’m not in any rush to check everything off of the list right away because that would totally defy my #1 resolution, to CALM THE FRICK DOWN. My goals include #2 paring down the stuff in my life to what I need because Rob and I have way. too. much. stuff. Seriously. It’s a bit nuts. Why do 2 people need 20 dinner plates? Short answer? They don’t. Another goal is #3 to have a garage sale, something we’ve been talking about but not acting on for the last 2 years. Heck, one of my goals is #4 to simply clean out the bookmarks in Chrome because that business has gotten UNRULY.

And since all work and no play isn’t good I’m going to #5 take the time to do fun things. Heck, when I got my hair cut last I got myself a manicure because speaking with my stylist said she thought it might be a good way to make good on another resolution, #6 stop biting my fingernails. 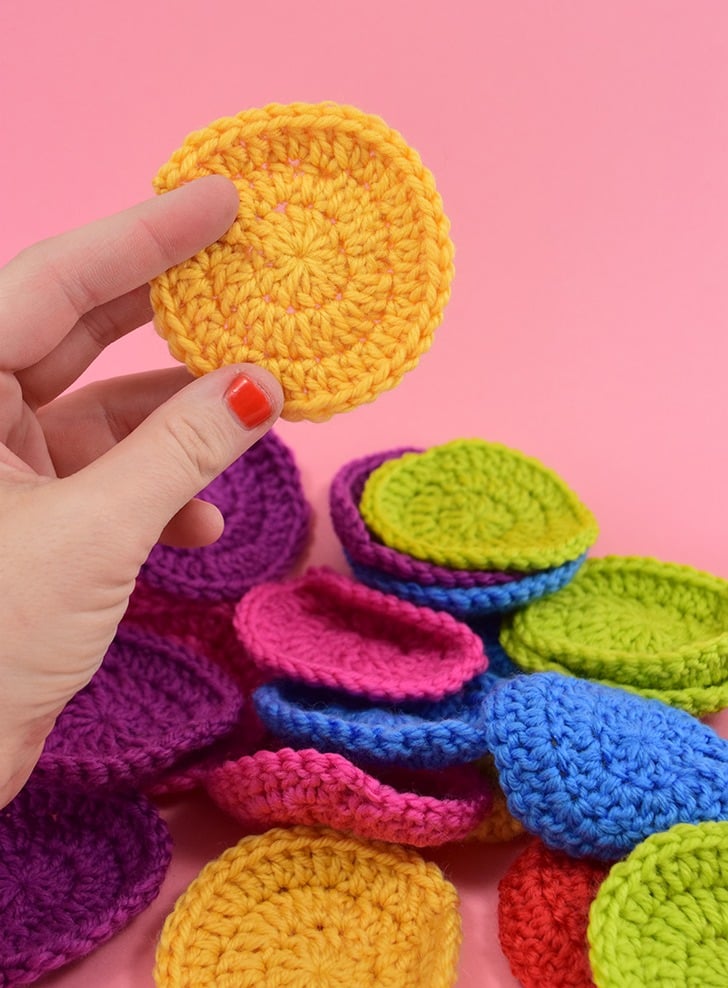 I’ve got the shortest little hot orange fingernails you’ve ever seen (see above), and it’s a little bit silly looking and I’m super self conscious about it, but Martha was right. I see that fancy polish and think about how IT COST ME MONEY and I’m not biting a darn thing because I’m just too cheap! Plus it’s this gel business she used is hard as a flipping rock. And it was nice to sit there and have somebody do something for me where I just chit-chatted and didn’t worry about deadlines or the state of the house or anything at all.

I’ve also decided that I’m going to #7 crochet more, because I absolutely love it. I’d sort of strayed away because my hands hurt a lot making me space out my efforts, slowing progress down, and because it’s not the fastest craft which means it takes up “work time” where I can be making faster projects. But in the end, it’s what I want to do and that’s just as important as pageviews. And so today I’m going to show you how to make a magic ring so that you can crochet in the round with perfectly tight, gap free centers. 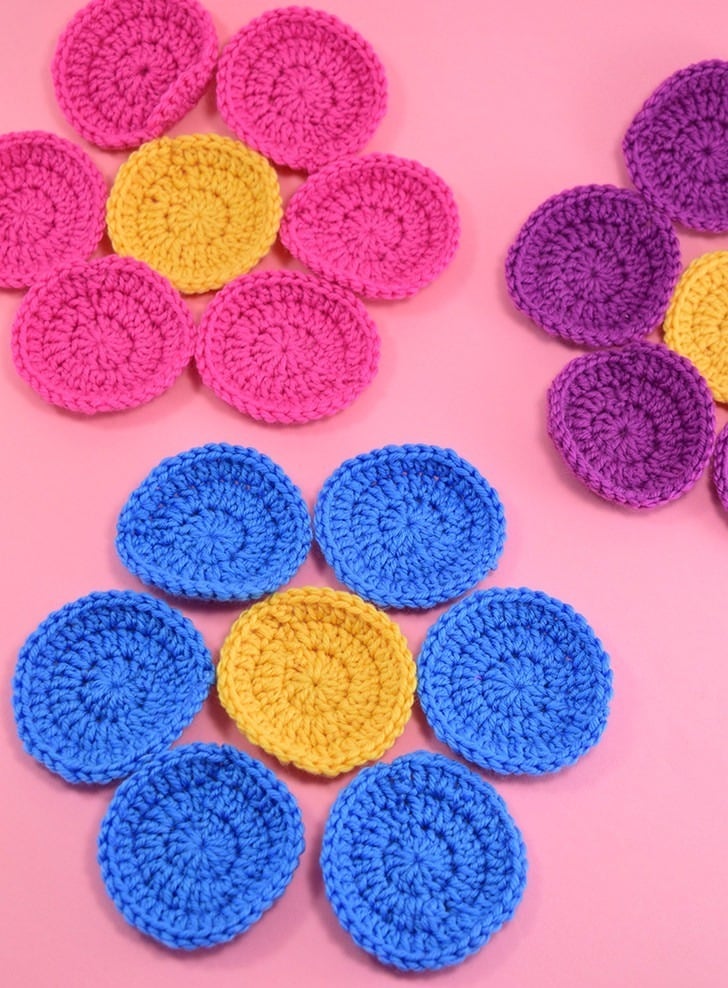 Making a magic ring is quick and after you’ve learned it your hands just go on auto-pilot getting it done. And though it seems a bit difficult at first and, in truth, it took me ages to learn it because I was intimidated and then had a difficult time with it, these days I’m all about it.  Because it’s impossible to get photos with one hand while crocheting with them both I decided to make a video. And without further ado, let’s learn how to make a magic ring already, shall we?

Thinking back to how I learn I realized that as I go I pause the video over and over and over and hope I don’t spend ages rewinding it over and over and over, too. I thought I’d try something a bit different out. After each major step I paused the action for a few seconds so you can get a good look at what’s going on. I think this is going to be very helpful for learning without having to constantly grab at your mouse to pause business, but I could totally be breaking your concentration with these pauses so let me know what you think about this style of video tutorial… Let me know? Did this video work well for you?

And while you’re getting all type-y, anyway, what are your New Year’s Resolutions? My list could always use a few more from your suggestions, haha! 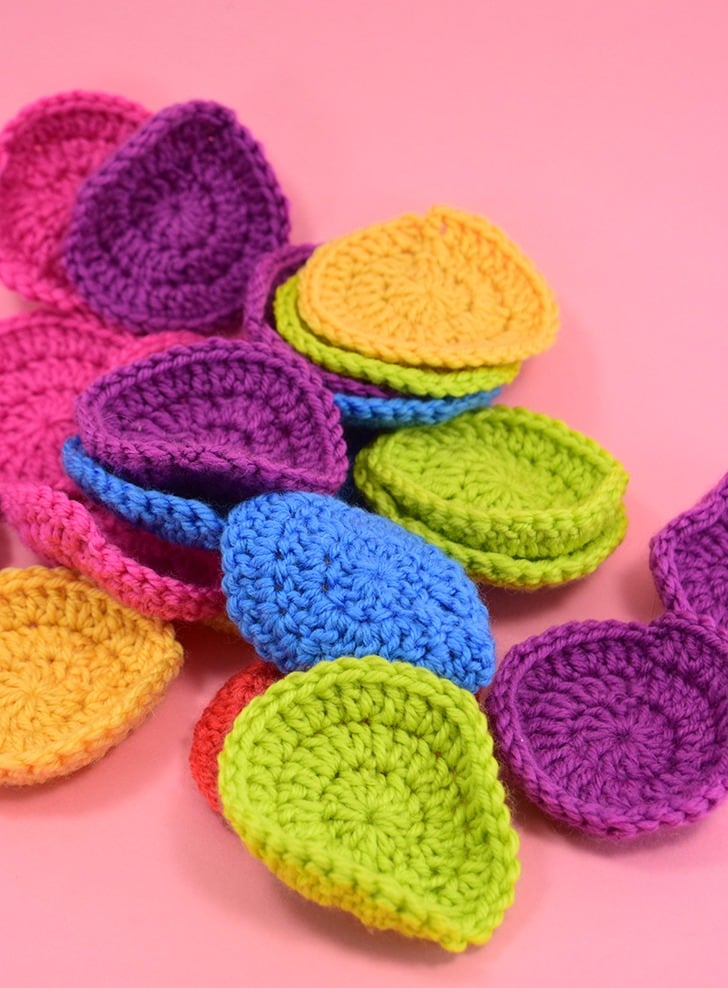