Did you know that pomegranates were thought to be one of the first cultivated fruits? It originally came from what is currently Iran and in ancient times it was considered a sign of ambition and prosperity. In Greek mythology there are references to the juice of a pomegranate being derived from the blood of Adonis or the wife of Orion. As a kid I was really into mythology, mostly Roman but some Greek and since we took Communion it didn’t seem like much of a stretch. If you’re kind of a geek about things like this, like me, you should totally read up on pomegranates :)

Now gods and myth aside pomegranates are one of my favorite fruits just because they are so darn tasty. It’s strange because in general I don’t like tart things and yet I have always loved these guys. I get stoked when I find something pomegranate flavored, like this snow-cone stand near my house in Oklahoma, they had a pomegranate flavored syrup that was like if a pomegranate and a sugar factory had a baby and it was awesome and so stinking good! I don’t know if any of their other flavors were any good because that is pretty much the only thing I ever ordered from there. 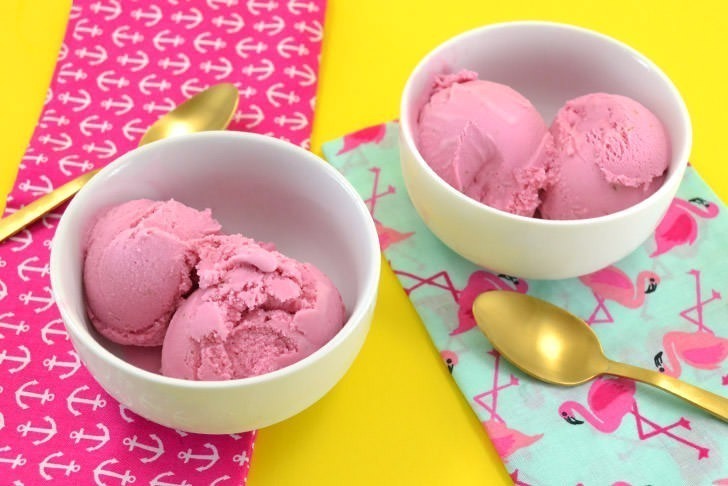 It’s not like you find a lot of pomegranate flavored things, in my experience, so when I do find them I get after it.

Since it’s gone from warm to sometimes flat out miserable heat-wise here in South Texas I busted out my Cuisinart Ice Cream Maker (okay so I have 2) a few weeks ago. But when I dug out the boxes it was only to find out that I have apparently lost the paddles for both. And so then I ordered a third but it’s totally different because the 2 in the garage are white and my new one is pink. Boom! And now I can make 3 batches of ice cream in quick succession because I have 3 tubs to keep in the freezer. Boom! Boom!

After a few failed attempts I have gotten this recipe for pomegranate ice cream DOWN. It is SO GOOD. It’s creamy, it’s a little bit sweet and a little bit tart and it’s rich but it doesn’t make you feel like your belly is going to ache after a scoop or 2 or 3. I’m not here to judge. It does leave you with slightly greasy lips because of the heavy cream content but I just saved you a swipe of lip balm so, you’re welcome, I suppose! 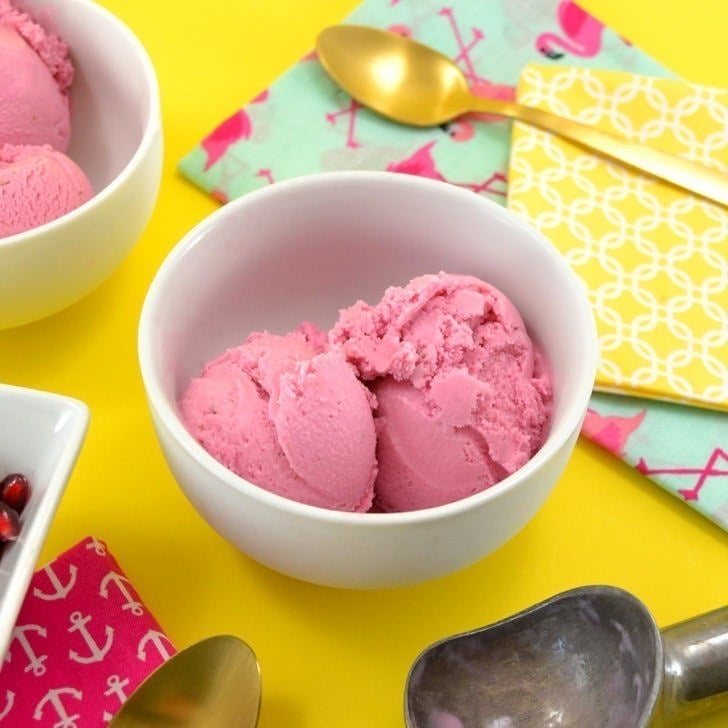 You’ll need an ice cream maker for this recipe and this is tailor-made for this Cuisinart Ice Cream Machine. You can normally get one for less than $50 and they last for years just as long as you don’t lose the pieces :) 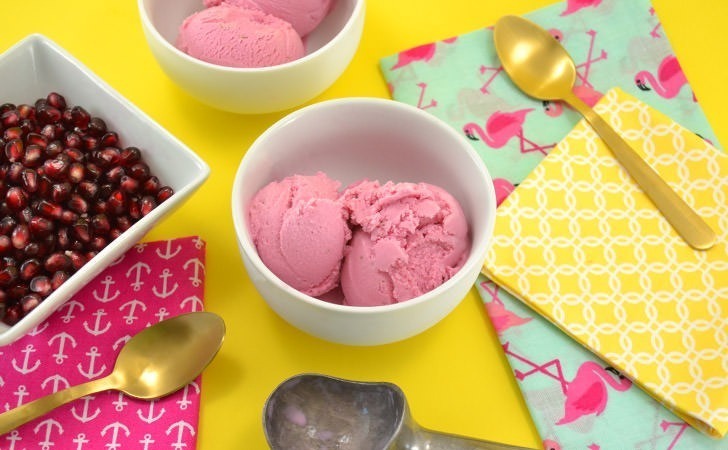 * quick tip – If using the Cuisinart I suggest freezing the bowl, taking care that it is nice and flat in the freezer, for at least 48 hours.
* another quick tip – if you find that you have a hard time getting ice cream to “set up” place your mixture in the freezer for 1-2 hours or in the refrigerator overnight to get a firmer freeze straight from the ice cream maker. 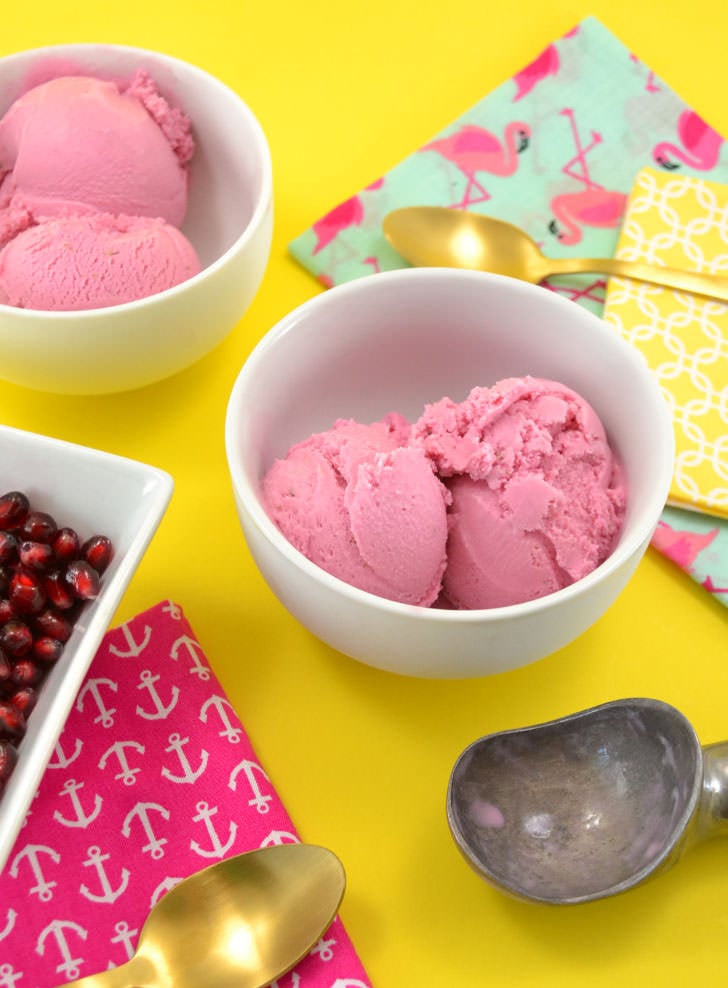