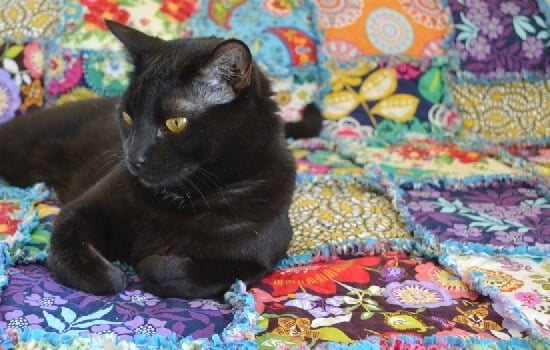 Some months ago I found some blue, purple and teal fabric that just floored me. It was perfect. I snagged up half a yard with the idea that I wanted to make a rag throw quilt with similar fabric. I had little swatches of everything I had in my purse and when I went to a new place I’d add to the quilt stash. 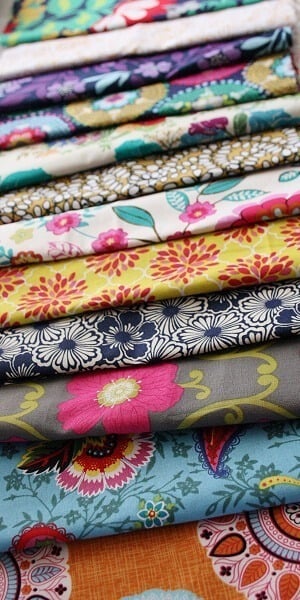 Now as it turned out, not all of them worked out together. That is a disappointing aspect of carrying little swatches when your patterns are mostly huge florals but that’s okay. Fabric always gets used around here. I decided that this would be a good project to test out my new Brother sewing machine.

My Mimmie (grandmother) was a seamstress and managed a dry cleaners for most of her life. She knows sewing and she knows machines. My Singer started acting up and she would have me do this or that while she listened OVER THE PHONE. (she is crazy talented) Turns out that my machine went off time and it was going to cost $90 to have it looked at, or I could buy a new tricked out Brother for $130. Now I have 90 stitches I can use, yeah! Even though I’ve only used 2, yeah!

Now, I’ve never machine quilted before and so my quilt is less than perfect. My Mimmie sort of explained what all I’d need to do and showed me some of it at my parents’ house. But when I called her to ask a question she informed me that she didn’t know what I was talking about and that she ccouldn’t tell me how to make something she’s never even heard of. Great. But it worked out in the end as imperfect as it may be. 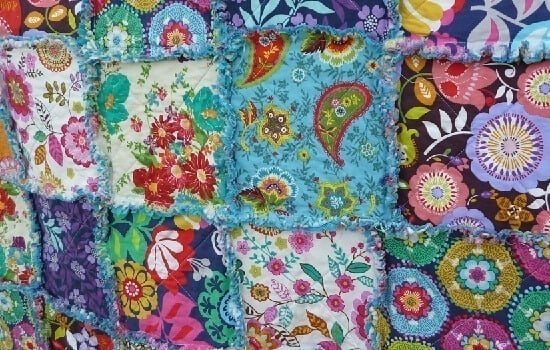 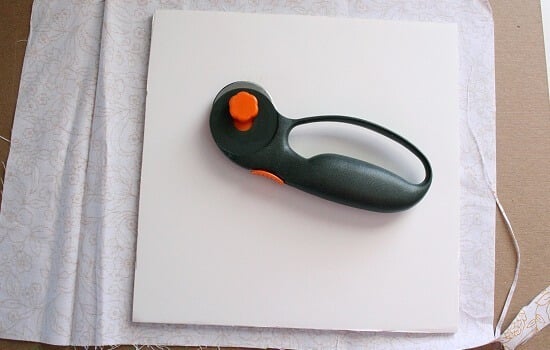 To cut your squares you can either use a rotary tool and go around your square or trace the square shape onto your fabric with a marking pen and cut out with scissors. There are a lot of squares to cut out (and this is just a throw!) and the rotary tool is much, much faster. In fact I purchased a rotary tool just for this project.

You’ll need to cut 7 inch squares out of your patterned fabric. If you purchased 1/4 yard you’ll have about an inch on either side of the square and you’ll be able to get 4 out of each quarter yard with a little bit of scrap left over. Be careful, though. I got shorted several times and my square was really close to the edge sometimes. 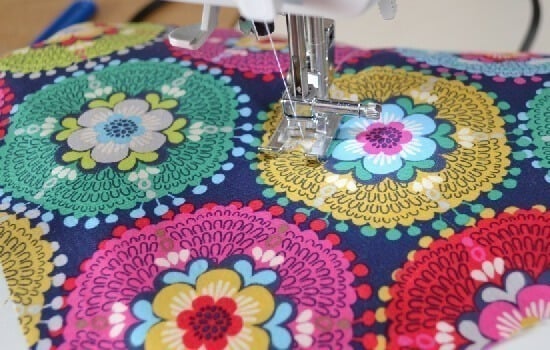 Sandwich the pieces together with fabric, batting, fabric. Center the batting as well as you can. You can use basting spray to keep everything all together. This will keep your back bit from doing weird scrunchy stuff while you sew. 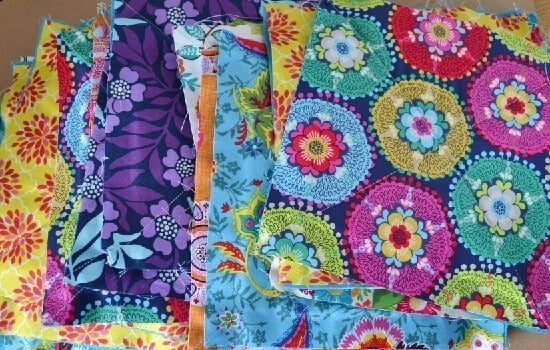 Sew from corner to corner, creating an X over all 36 individiual squares. 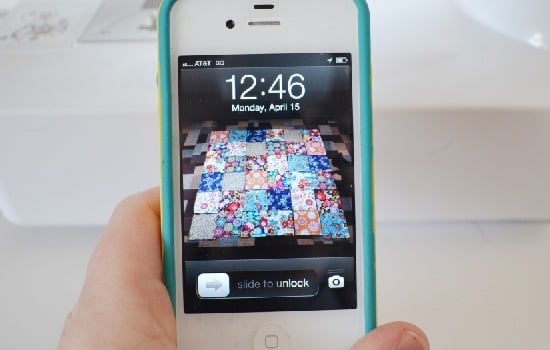 Next you’ll need to lay out your squares as you want it to appear when it is sewn together. You can also just grab and go, but this ensures you don’t have any of the same pattern right against itself or all of one pattern on one side or something.

I laid mine out in the living room floor and then took a picture with my cell phone. I saved it as lock screen so that I could just tap the button on the top and have this picture pull up. Since my cell phone is always right there, I always had access to how I wanted my pattern to look with no muss, no fuss. 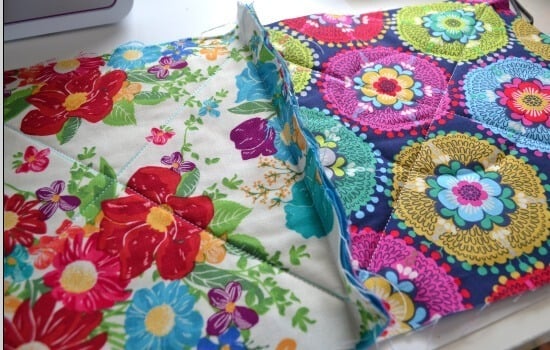 Now I sewed my first two squares together 3 times. THREE TIMES I had to rip out the seam because I kept doing it wrong. It was so frustrating. So listen up. You want the seam to be on the pretty side. It goes against everything I know and I had the hardest time remembering.

Put the backs of two squares together and sew on the pretty side to attach. 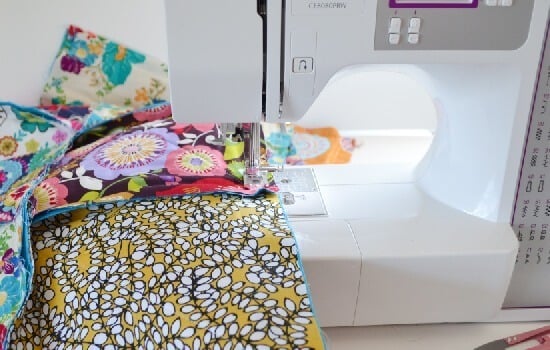 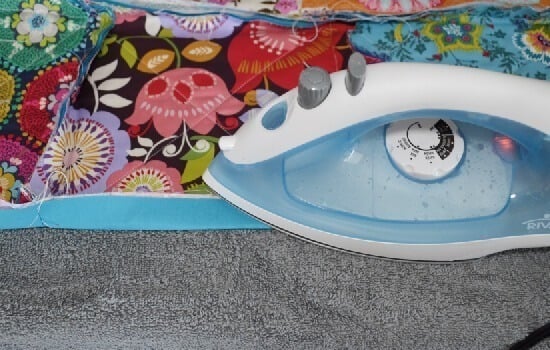 I suck at binding quilts. I suck at bias tape. It. Is. Awful. So I decided to give something else a go. I folded the quilt over on itself with the teal from the backside framing the front of the quilt. I pressed it down for a nice, crisp edge.

Take this opportunity to square up the quilt, also. I trimmed up any excess on the edges so that I had about an inch of binding all around. 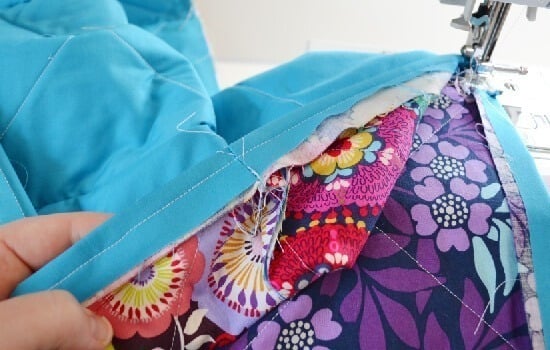 Then I sewed the fold at about a quarter of an inch all the way around. 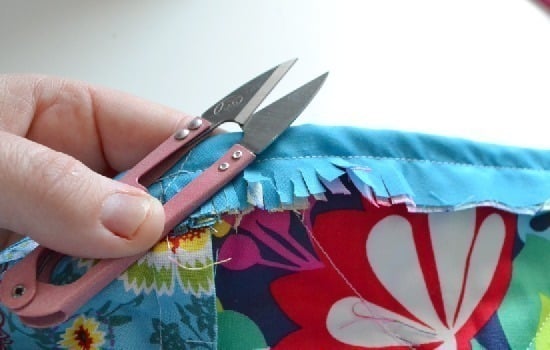 Next I took some nippers and made cuts all in the seams edges. I found that I got the best results where I made the most little nips closer together. 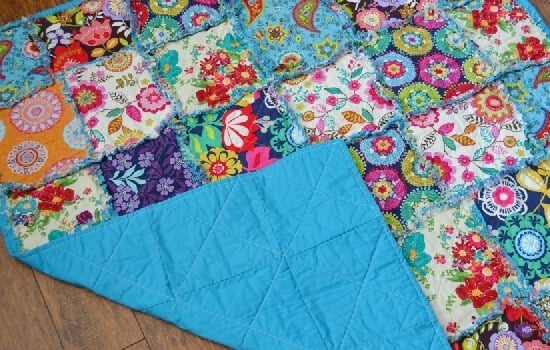 Next I washed my quilt and washed it and washed it until it frayed up. I really should have taken it into town so I would have only needed to wash it once. But I wasn’t feeling well and all I didn’t even think about the fact that my washer doesn’t have an agitator. Because of the always gentle wash, it took forever for this sucker to fray out. 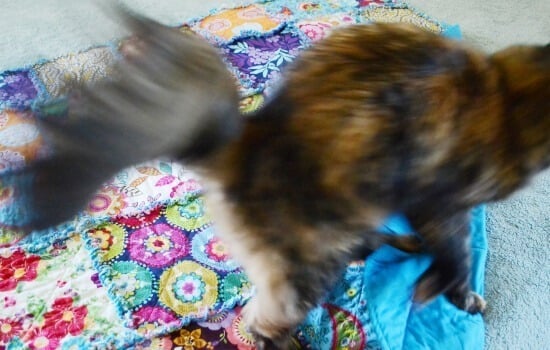 I had the hardest time getting good pictures of this silly quilt. Case in point, Liddy kept running back in forth across the quilt one day, so I gave up. Then it rained and was gloomy out for days. It was awful. 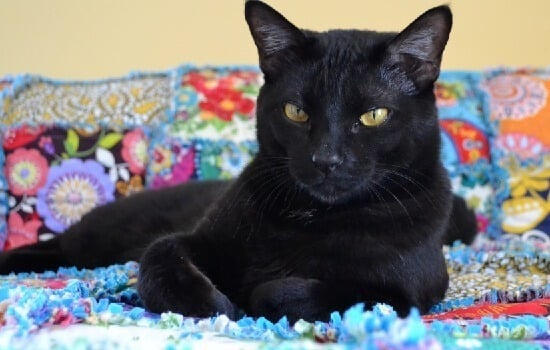 My last and most successful attempt I dealt with Max desperate to lay on the new thing and I finally just let him. He sacked out looking all regal and I just snapped away. Look at him up there. He is one awesome little cat.

Now to be honest, my quilt is less than perfect. My rows don’t all match up and It’s obvious when you look at some squares. I called my Mimmie to tell her it was finished and give  her the details of the results including the not so great points. 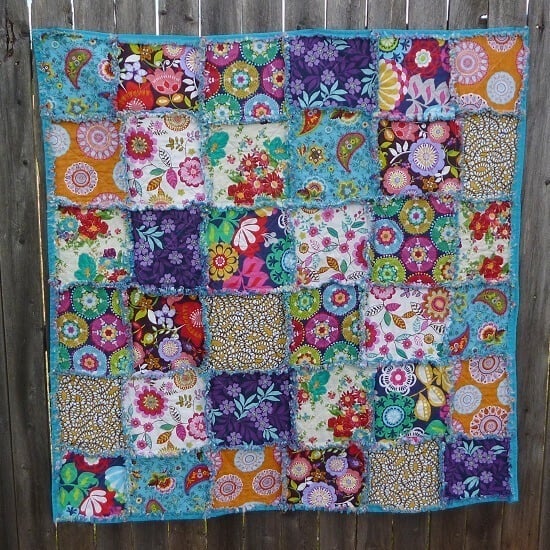 And this is what she told me: Why in the world would you have made a quilt yourself if you were looking for perfection? You want perfection, buy a (expletive) quilt from the store that was made mostly by machines. Machines and robots will make you a perfect quilt almost every time. But you’re human and you’re not perfect and that is what makes that (expletive) quilt special.

So there. Make your quilt and be happy with it no matter the outcome. Don’t be afraid to fail. If this is your first (it was my second) it’s not going to be perfect, but it will be loved for its asymmetrical beauty and warmth it provides anyway.