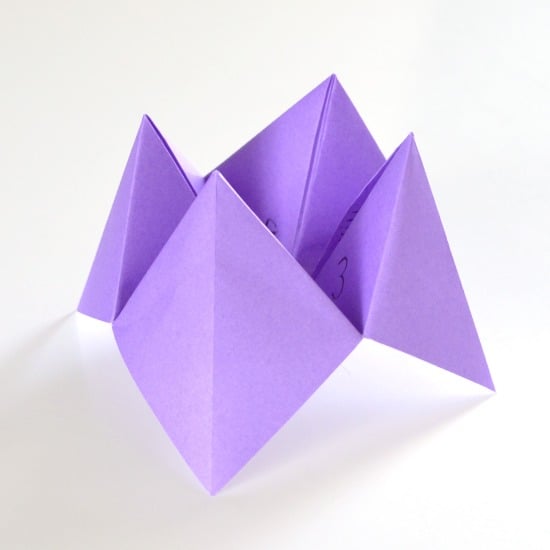 You may not have heard of a fortune teller before but that may be because you were never a ten year old girl. Boys may have been into them to, but honestly I was too busy playing with my fortune teller or learning that I’d be living  with Paulie Shore and 7 little Paulies in a shack while playing a game of M.A.S.H.

So when my origami loving nephew decided he was tired of making Kusudama flowers and origami cars he wanted a new folding project to try out. He’s only six and I don’t know what kids are into these days so I asked “have you ever played with a fortune teller?”

He gave me some line about how he went to see one at the circus and she told him he would be rich and and lose an ear to a donkey or something, so yeah, he’d played with a fortune teller. Um. No. This is the kid that when he was four told me “I went on a limo ride with Batman and he told me that I shouldn’t lie anymore.” Good luck with that, kid.

Since I was pretty sure that he didn’t know what I was talking about I was more than happy to introduce him to a little piece of paper that would tell him everything he needs to know about his future. As it turns out, he’ll be getting a new cat, he’ll get scratched by a cat and he’s going to go to jail.

Want to fold up a fortune teller and rock it hardcore elementary school style? Get a piece of paper and let’s go: 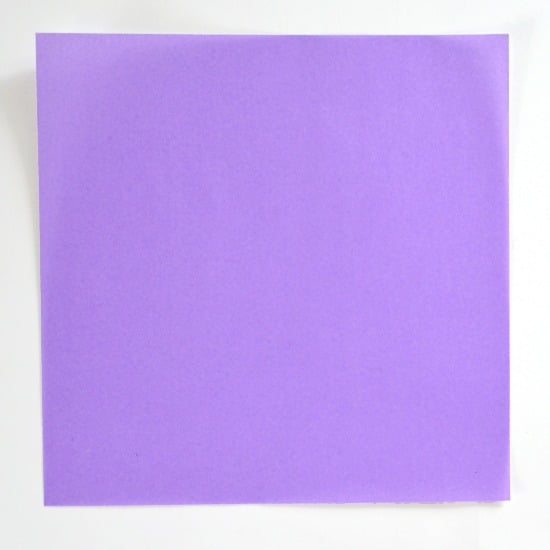 Either grab a piece of origami paper or cut a piece of paper into a square. I’ve used plain old white paper and notebook paper successfully. Construction paper will work in a pinch but it kind of “cracks” where the folds are and won’t last very long before it will tear. 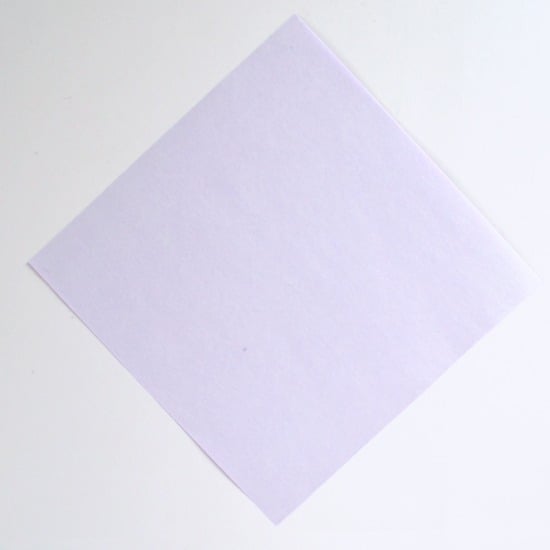 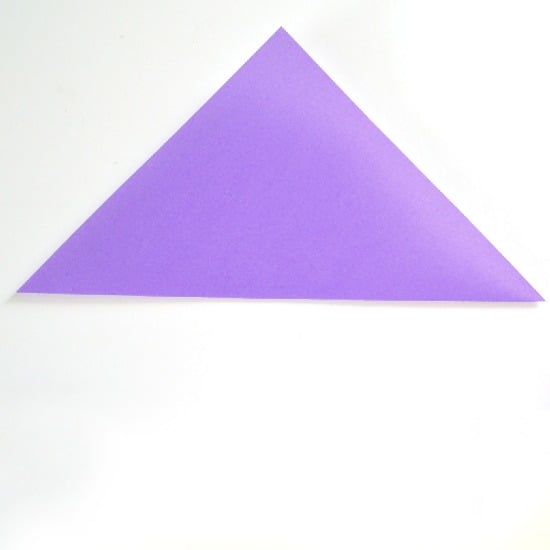 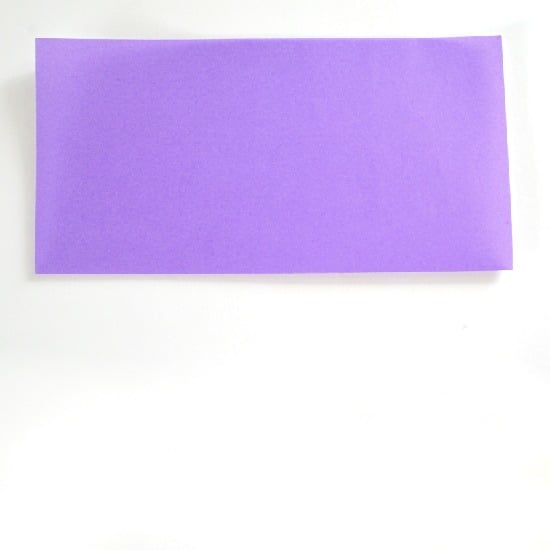 You’re going to fold the paper in  half diagonally, vertically and horizontally. 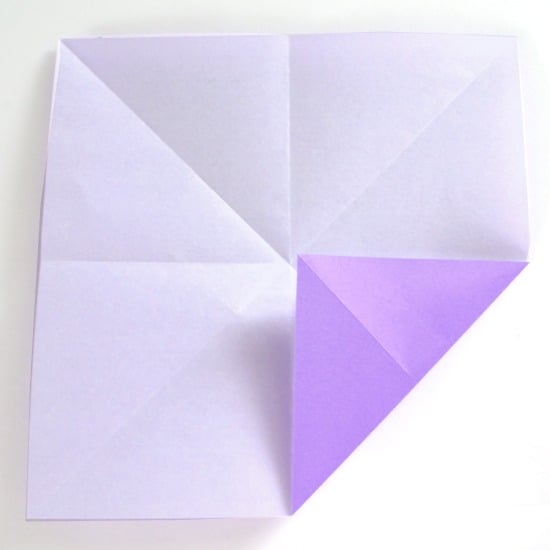 With the darker side still facing down, fold each corner up to meet the very center of the paper. You’ll be able to easily eyeball it because this is where all of the lines intersect from your folds. 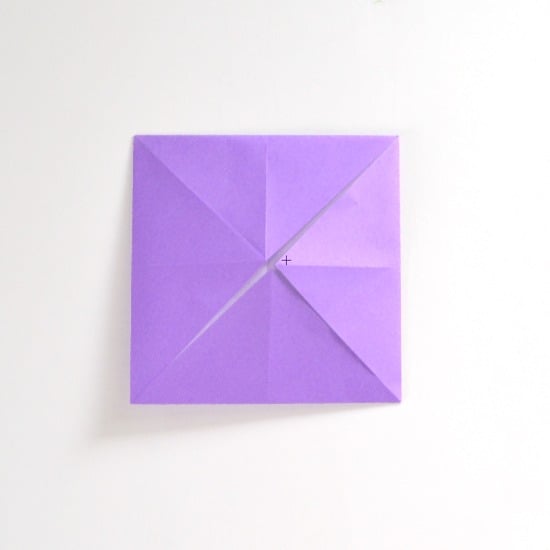 When you’ve folded every corner in, you’ll have a smaller square. 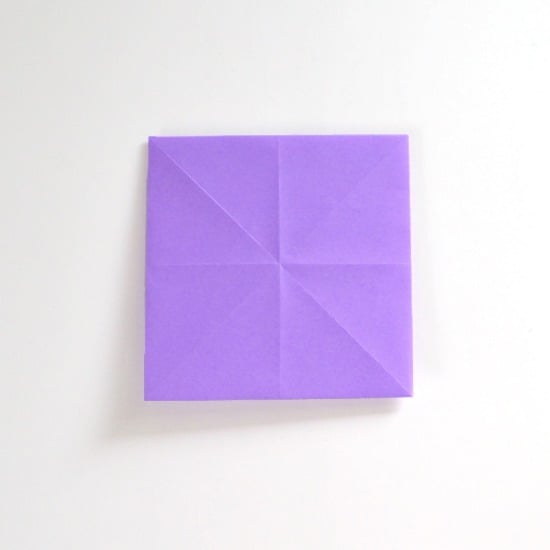 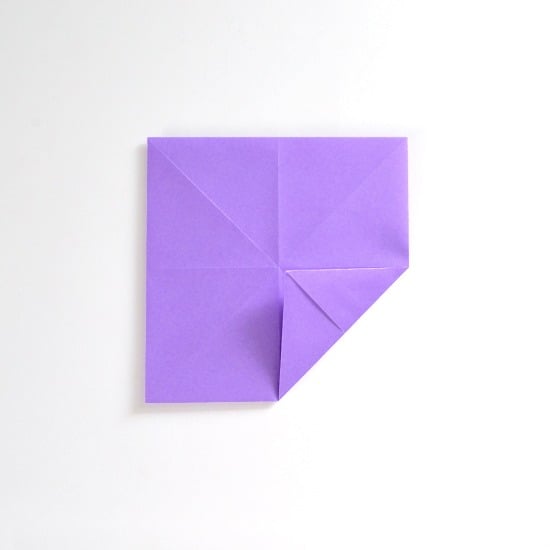 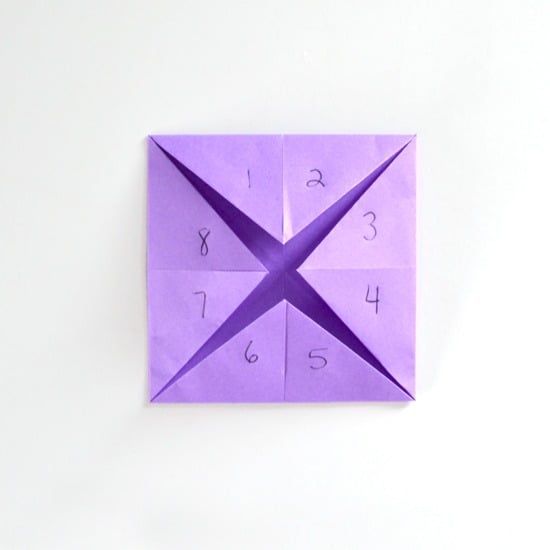 Flip it over one last time and write one through eight on the flaps. 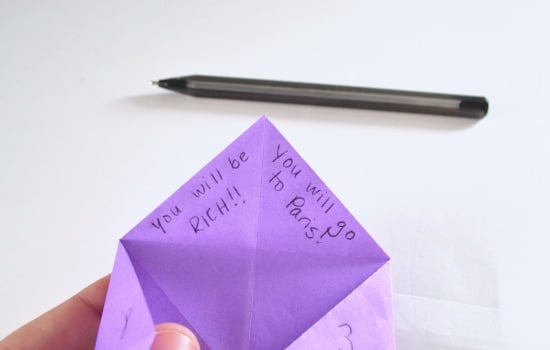 And write all sorts of possibilities for the future on the flaps. They can be positive or negative. My nephew thought it only made sense if one side of the flap was something good and the other something evil. Hence, “you will get a new cat” (good) “you will get scratched by a cat”  (evil). We didn’t quite get what evil is though, I think, as one of those fortunes was “your butler will be bald.” This was my mother’s fortune and she was stoked that she was going to have a butler. “It’s supposed to be bad YaYa!” 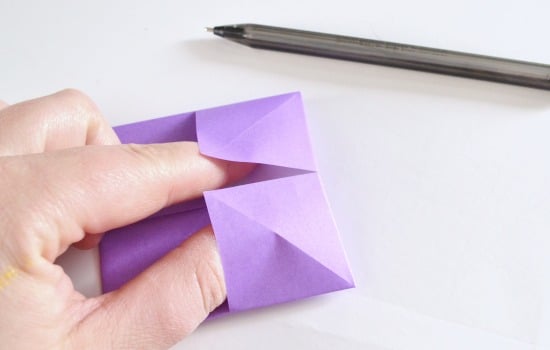 From the backside, place your thumb and index finger from one hand under two flaps. 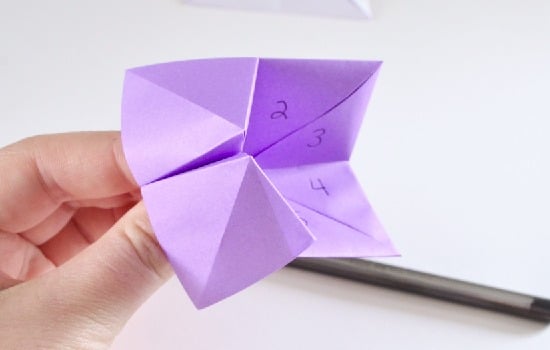 When you pinch your fingers together it will naturally form the shape of the fortune teller. Repeat for the other side.

Move your fingers so that the fortune teller opens horizontally, closes, opens vertically and bam – you’re ready to see the future.

The way we always played was have the person select something, most often a color. Spell the color with each opening. When you stop let them choose one of the visible number and read the fortune under that flap.

Isn’t that fun? Now if you’ve never made a fortune teller you know how! And if you already did, maybe you’ll be inspired to make them again!