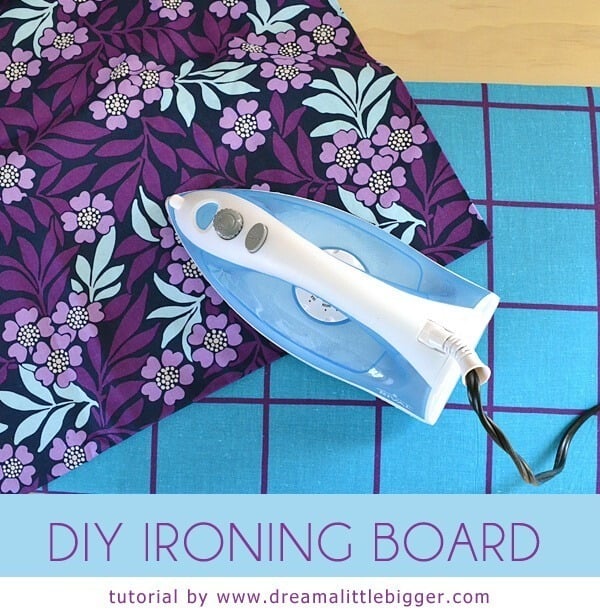 I must admit that I’m kind of one of those weird people who likes to iron. These days I don’t really have a lot of reason to since I work from home, but I enjoyed, so much at the end of the week carefully ironing all of the clothes I had worn to work and hanging them up neatly.

I get that this is weird and totally not the norm to feel like your spray can of starch is a valued possession and your ironing board something to be handled gently and taken care of. Which is why I got pretty darn ticked off when I went to pull my ironing board out and it was just a metal frame. GAH!

Now I totally do remember taking the cover off to use as a pattern to make a new cover but it would appear that I lost it. And where the stinking foam went, who the heck knows?!

But I NEEDED to iron my fabric for my project over at iLoveToCreate tomorrow. So instead of spending an hour to an hour and a half running into town to hit Wally World and back home I dug around in my garage. 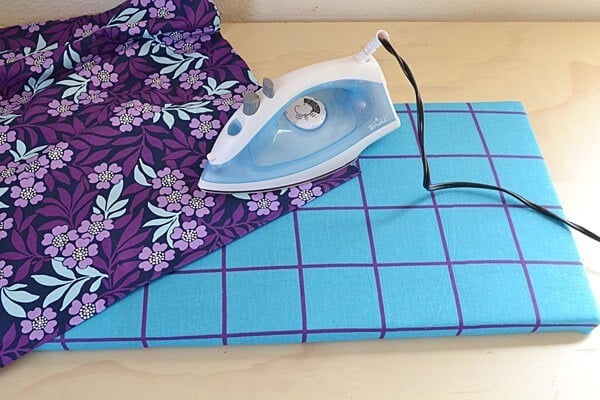 All in all this thing cost me ZERO dollars and ZERO cents and I’m pretty darn proud of that. I almost just ordered that nail gun but considering that my dinky fella’ has always had me covered up until this point, and Daddy is going to let me use his when we upholster headboards, I don’t really need one. So I went and spent that $23 on fabric. Plus another $12. Oops.

Here is my shelf. It quite literally was a shelf on the garage wall at one point in time. I have no idea what happened but in garage saling through my own crap I stumbled into this perfect future ironing board. P.S. this sucker is heavy!

First I popped off the brackets and gave the shelf a decent clean with all purpose cleaner. 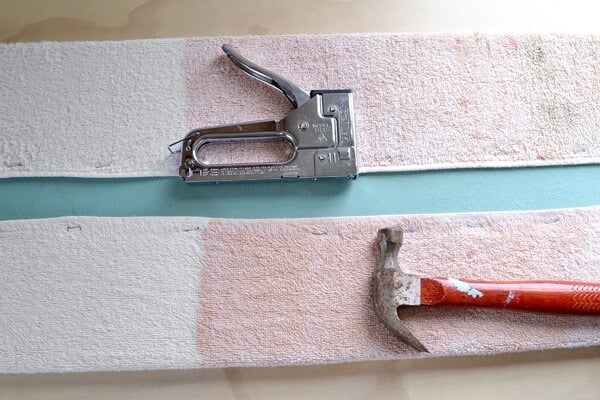 Next I took an old towel (actually a craft fail from many, many years ago that I now want to retry!)  and stapled it to the back side of my board.

Now, this is what happened to me… my staples only went halfway into the hard compressed board stuff. So I figured I’d have to pull them out and tack down with some little nails but these suckers didn’t want to give way. So instead, I just smacked those little things down until they were flush enough that they wouldn’t scratch my table top. Stapling…nailed it. 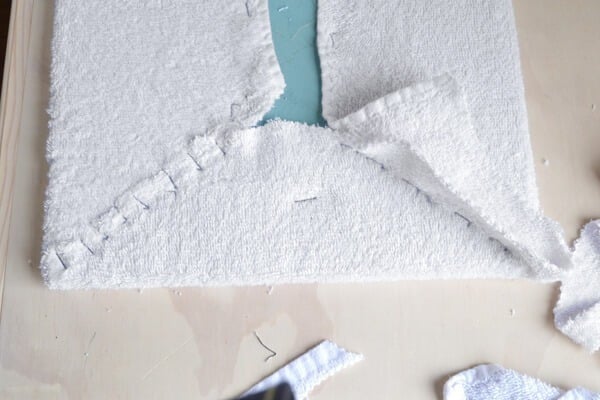 Next I tacked down the towel at the corners on both the length and width pieces of towel. I came along and trimmed the excess up and then stapled acros the little ridge to make it nice and flush. Again, I finished my staples up with a good whack from my hammer. And now I can’t get Thor out of my head… 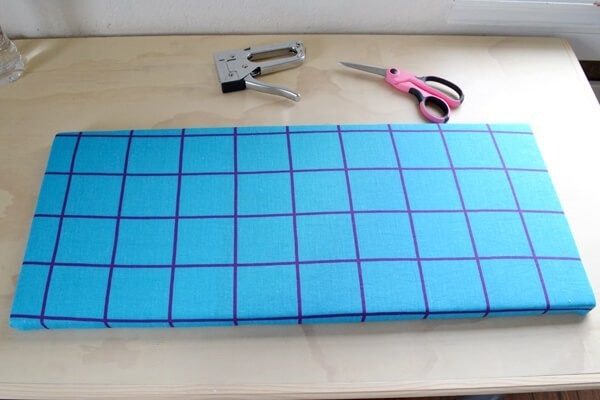 I did the exact same thing for the fabric that I covered my towel with. Now this fabric I love the pattern of BUT in the excitement of finding this and I MUST BUY 2 YARDS OF IT NOW! I didn’t realize how thin and scratchy this stuff was. It is truly awful and has been sitting in my drawer with nothing to do but irritate me. But now that fabric has a perfectly reasonable use. And my fabric shopping decision making is redeemed. 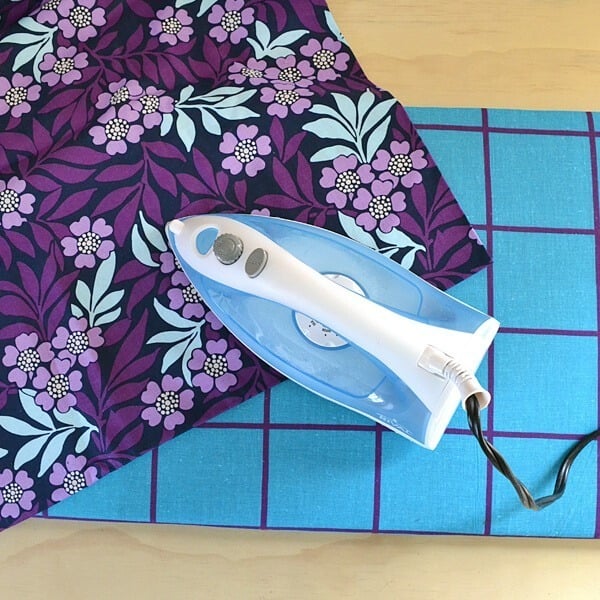 And while it is heavy, that has actually worked in my favor. Since I’m clumsy and what not it keeps this thing on the table when I need it. Plus, it easily stores up against the wall in my closet. Now if I can only figure out a way to add a handle. Then we’ll really be cooking!