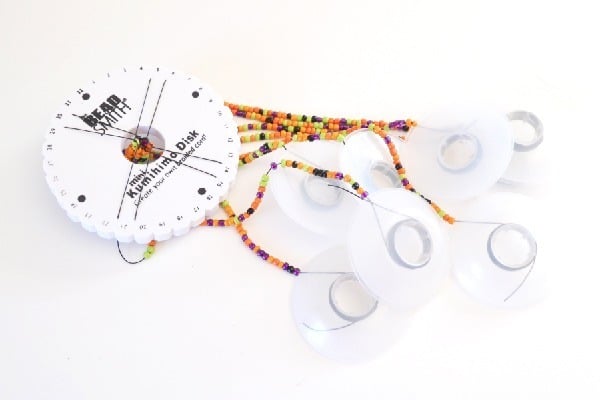 I am so cheap that for a good long time I didn’t use Kumihimo bobbins. No sirree, I used paperclips because it was so easy.

Not really. It was okay but it often wound up being frustrating. Especially when, say, some cat decided to try to walk off with my Kumi project and the clips got all wound up on one another and the other strings. Can you say nightmare?

I refused to buy a set simply because I’d already gotten a set with my Kumihimo kit but lost them in the clutter that is my craft room/office.

When I did eventually find them I almost instantly started using them to see if I had been missing out or if the whole thing was just a ploy by companies to make more money. And the truth of it is, even when working with very long cords I don’t use them. But if I am braiding with beads, then I ALWAYS do now.

The bobbins are pretty cheap and if I knew then what I know now, I just would have bought another set and been done with it. 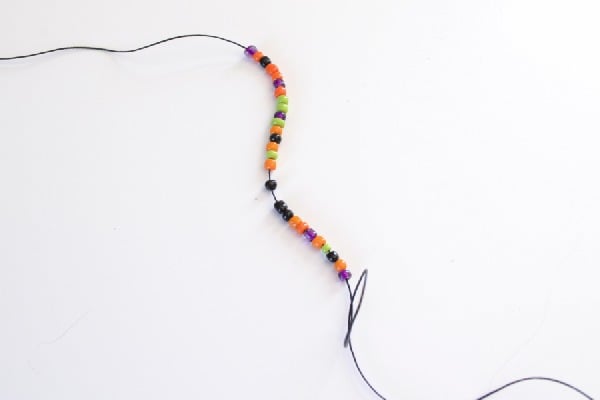 Get your cords in your Kumihimo disc just as you’ll need them to start braiding.

String your beads onto a single cord. Here I’m using 6mm seed beads and black super-lon. Push the beads up to the disc.

I actually got these beads for Halloween – theyr’e a mix from Hobby Lobby called “creepy” something or another and they were marked $2.99 but were 40% off. If you go looking for your own, there are enough beads for 3 bracelets! That’s pretty darn cost effective Kumihimo! 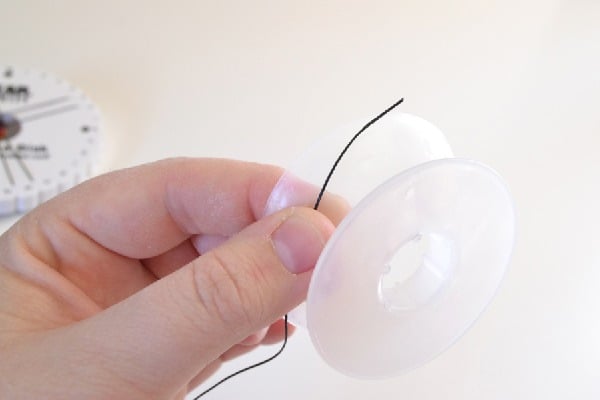 Take the end of the string that has already been beaded and place it inside of the bobbin. Hold it down with your thumb. 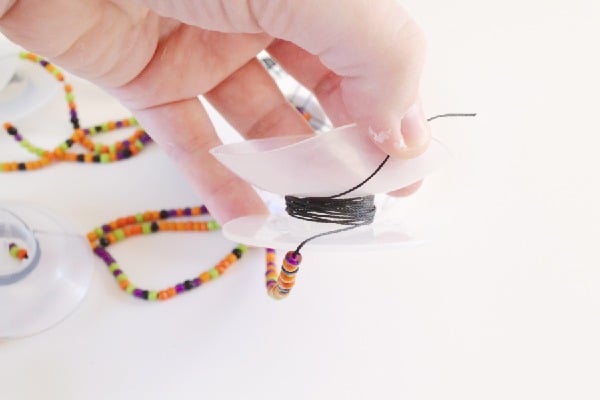 Begin winding the cord around and around until you reach the first bead. 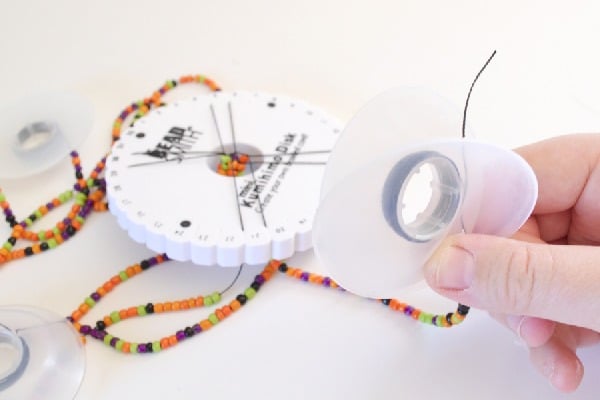 Now pop the bobbin sides together. Here you can see the bottom is together and the top isn’t quite, yet. The plastic has easy give so you just pop them right over. You’d think there’d be a satisfying sound, but there really isn’t. 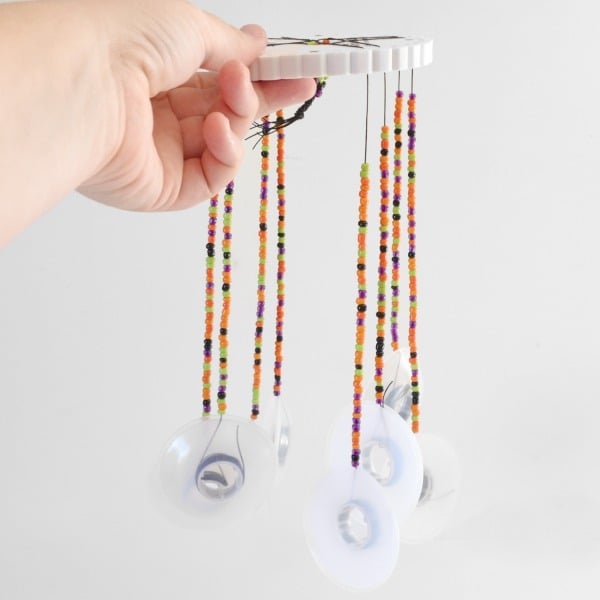 Continue for all of your strands. When you’re ready to start braiding, take the first bobbin and pull directly down to clear some cord to use.

When braiding with the Kumihimo bobbins you have to hang the disc over nothing. That is to say that the bobbins can’t touch your lap or a table top, they need to dangle out in the open to keep the tension working properly. 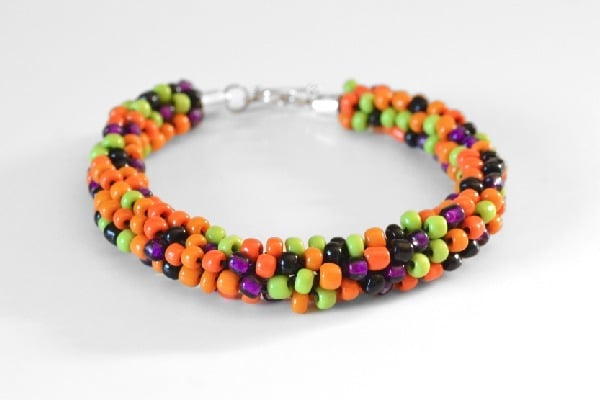 This is the result of the beads you saw placed on with the bobbins in the tutorial above. I strung the beads on in no pattern whatsoever. Whichever ones went worked for me. 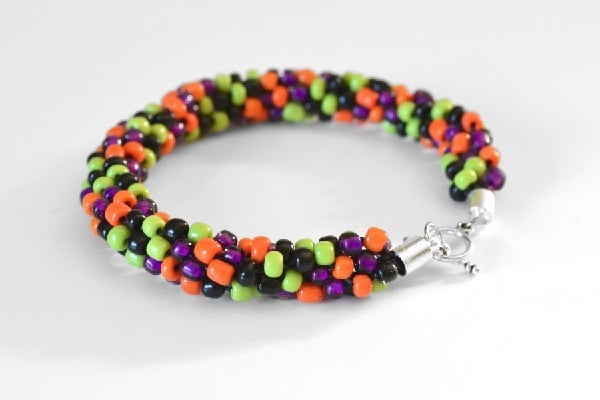 And on this one I actually sorted out the beads and made a pattern. I was able to knock both out in about an hour and a half, including stringing the beads which seems to take me FOREVER.

I really do recommend using bobbins when beading because it is SO much easier to handle. Will you be grabbing a package of bobbins?