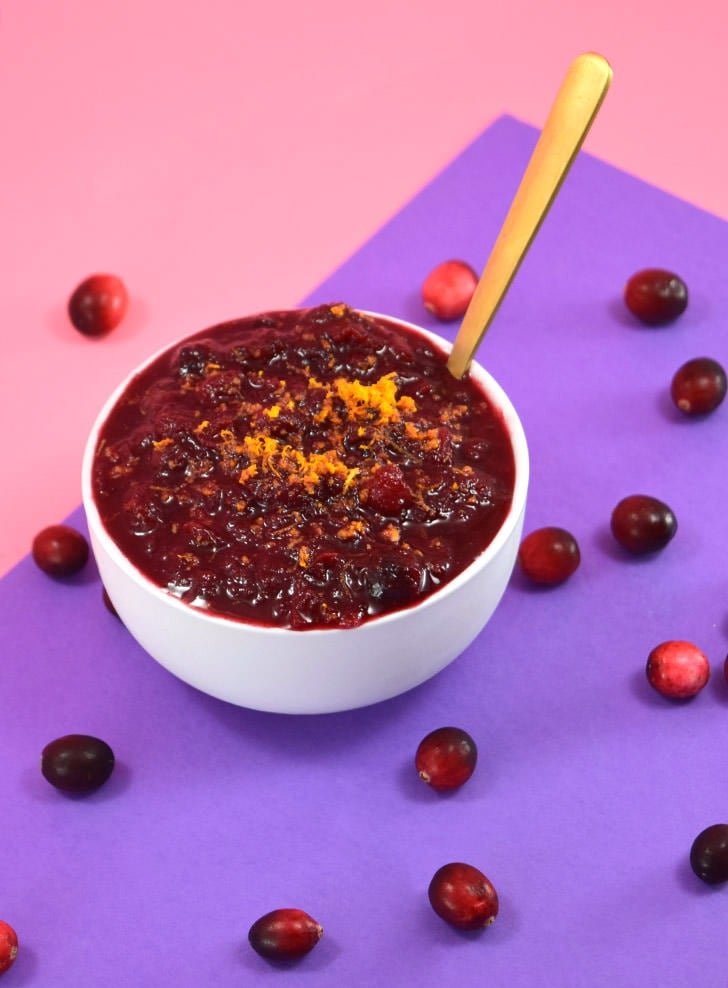 I never liked canned cranberry sauce and I liked canned just about everything. In fact, I miss that heavenly metallic taste that pudding would get from the little green metallic cans it came in back when you had to pop the lid while being careful not to cut yourself. Everything’s gotten so safe, hasn’t it? Kids don’t even have to worry about cutting themselves on their afternoon snack :)  But tinned cranberry sauce, yuck!

So when I was still a kid and wanting to help with my own dish for our big family meals my mom suggested making cranberry sauce from scratch. I didn’t like the canned stuff and didn’t see how I could possibly like the real stuff but according to the directions on the bag it seemed easy enough… sold!

I followed that recipe on the back of my cranberries year after year until I decided to start experimenting. Adding in some spices was an early winner and this year we added in some blueberries and vanilla, too. The end result? A cranberry sauce that is amazing with a turkey or chicken dinner (or if you’re like me, stuffing and mashed potatoes only :) and is slightly reminiscent of cobbler or pie filling without seeming too dessert-like. Really and truly, I think this spiced blue cranberry sauce is SUCH a winner! 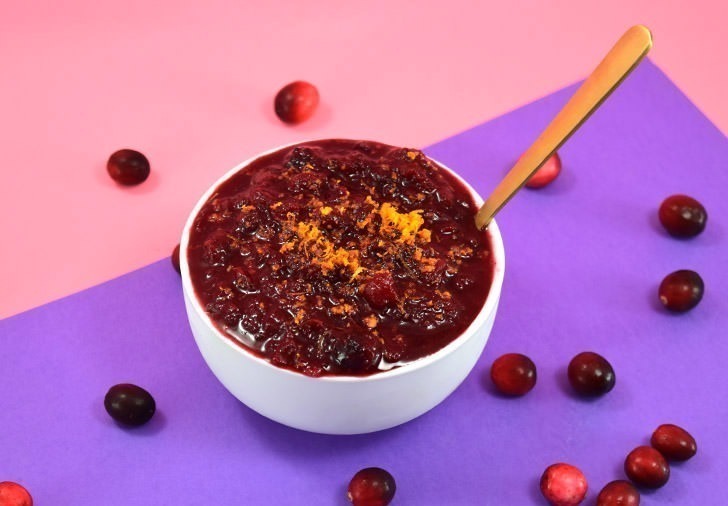 This cranberry sauce has the added color and flavor of blueberries and is lightly spiced for a fun spin on the tradition. We go nuts for cinnamon and nutmeg around here, but add to or change the spices according to your family’s preference including clove, allspice, ginger or whatever you please, really! Not only is this recipe tasty, but your kitchen will have the loveliest smell reminiscent of cobbler!