He Had a Prickly Personality Cactus Costume 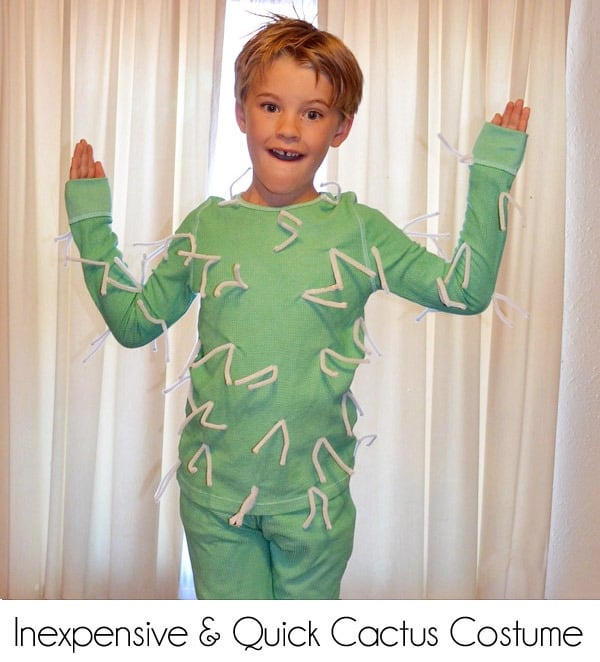 So right before Halloween and you’re Googling Halloween costumes, right? Well, I’ve got pretty good news for you… You can be a cactus!

Now I know that a cactus isn’t exactly what everyone thinks of when they start brainstorming Halloween costumes BUT you or your child will probably be the only cactus to attend your Halloween party or troll the streets for candy. I mean, how many Duck Dynasty kids need to be out on the streets this  Halloween? And you know there are going to be a freaking ton of them.

In an effort to make a ridiculously inexpensive costume I dyed up some long underwear and bought a bag of pipe cleaners and got after it. The long johns can be worn when it starts to get chilly which makes this costume doubly awesome in my book (although I have used an awful lot of long undies for costumes this year, hmmm). So grab your needle and thread and let’s get this sucker knocked out so your kid doesn’t have to go as a ghost under a sheet (which does have the potential to be awesome so stay tuned!) 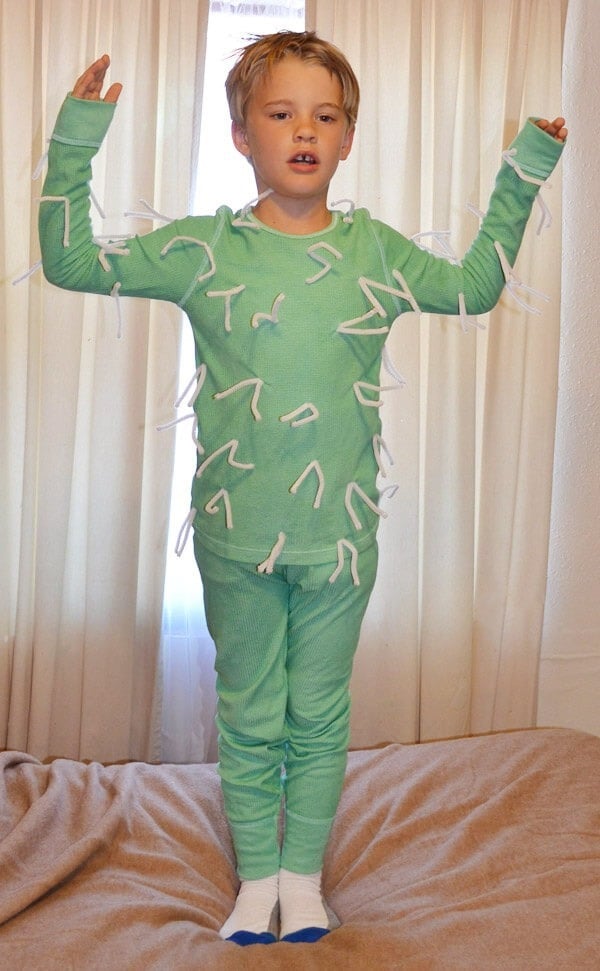 For this costume you will need: 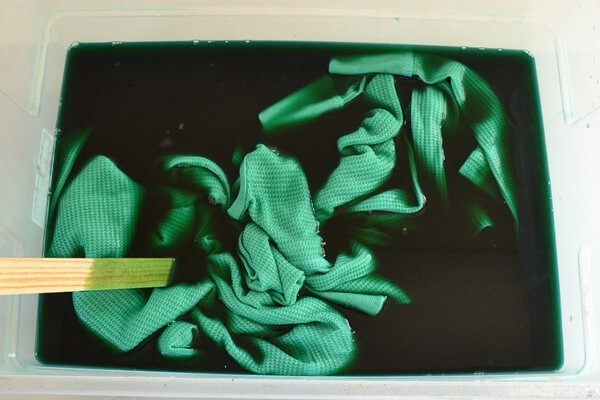 Since I couldn’t find any boys green sweats or long johns, I dyed my own! These are actually white long undies from the girls’ section but the boys don’t know that! I used Tulip One Step Dye (of course :) and let these guys soak for about an hour with regular stirs (after stirring for the first 15 straight!)

Because these are not 100% cotton they aren’t as green as they could be but I’m really happy with the color in the end. 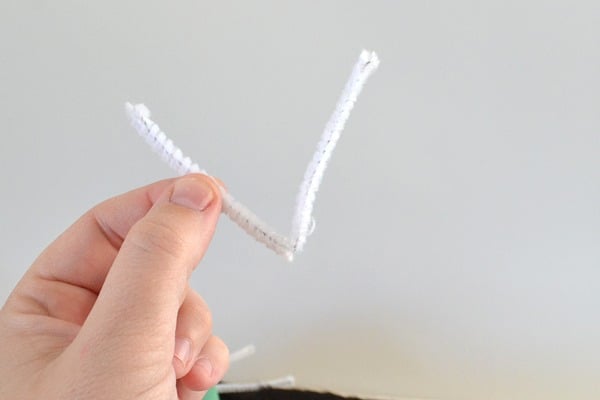 Grab yourself a package of white pipe cleaners and a pair of wire cutters or crap scissors. I used crap scissors. Cut in half and then fold over the ends to keep dull the pointy ends. Bend in half to make your prickly thorns! 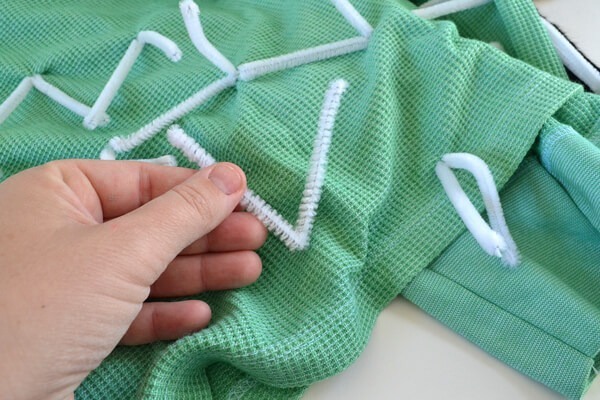 Place wherever you want your prickles to be… 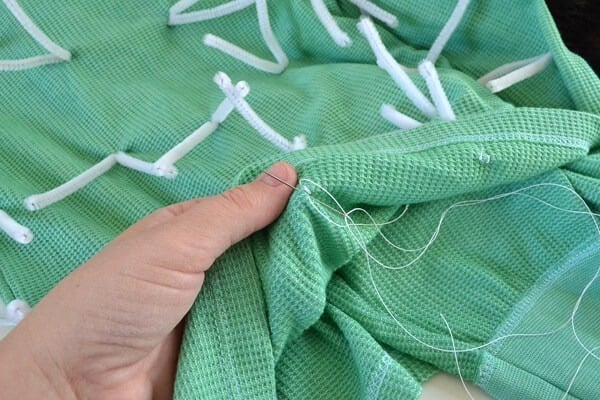 …hold in place and turn so you can access the inside of the long johns and use a few stitches to hold in place. Since I wanted these to be functional after the costume, I  didn’t even knot my thread. After worn, I’ll just pull out the threads and toss the pipe cleaners aside so little man can keep warm this winter! 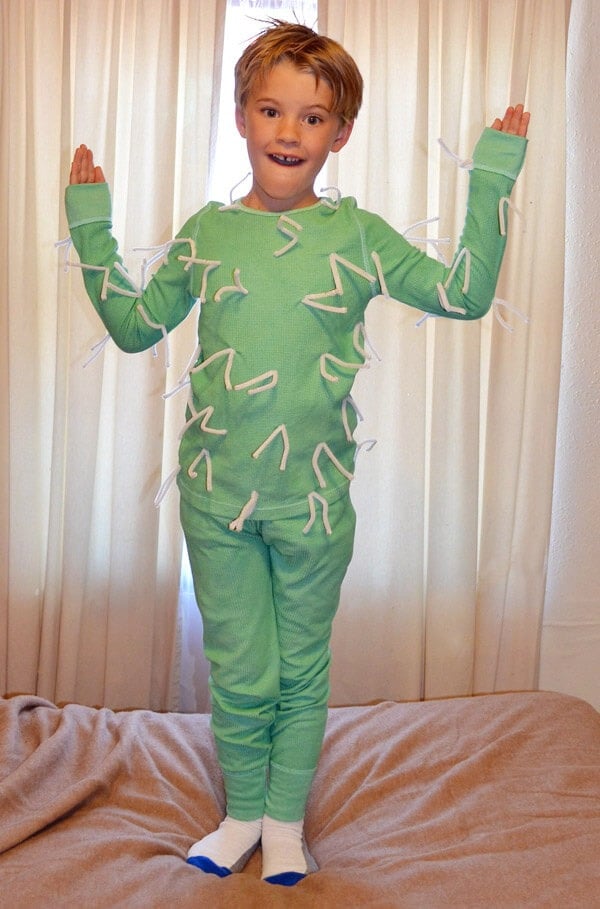 Now that is one killer cactus pose! An over the top smile on his face but a pretty awesome pose!

I'm a crafty cat lady with big dreams and an inability to sit still. I make it, I live it, I love it. Here at Dream a Little Bigger you'll find lots of inspiration for crafts, crochet, DIY, food, pet life and all things rainbow. Lots and lots of rainbows.
71 Shares
Pin68
Share3
Tweet
This site uses cookies: Find out more.