Today we’re going to use a craft store staple to knock out some cheap and impressive faux hammered metal letters! 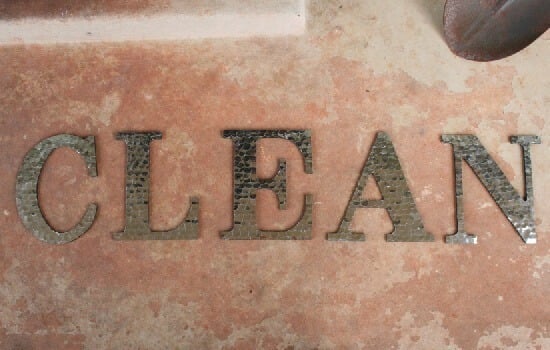 I’ve been working on more storage room, making my shower appear bigger and all of that good stuff and decided that I wanted to take the abstract art reprint that has been in there for close to 7 years down. But what to go in its place?

I went into the craft closet to find some inspiration. I had a bunch of 8.5 inch tall wood letters but they didn’t spell anything good. After playing around I figured out if I bought a “C” I could spell clean! How awesome is that?

The look I really wanted was hammered metal. but since I have no idea how to do that or how to get that onto my letters I decided to try something else out. A few bags of 20mm silver sequins later and I had a plan (faux sho’)

Now most of my letters were already painted black. I did take my new “C” and run black around just the edges. I suggest you do the same for a nice, clean look. 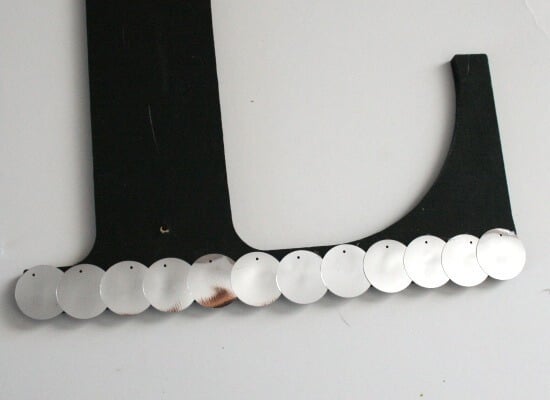 Take a small amount of hot glue and put it on the bottom of your letter. Quickly place your sequins on top of the glue and slightly overlapping one another. You’ll want the sequins to go beyond the edges so the entire piece is fully covered in the end. 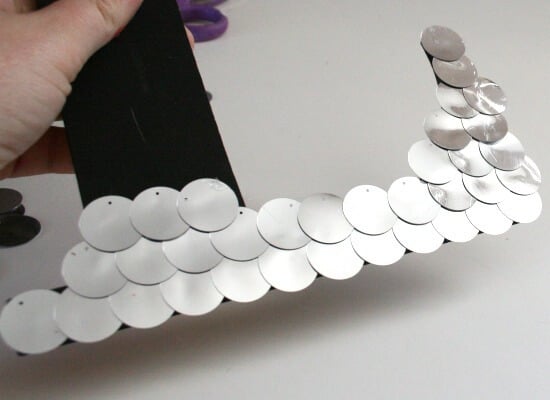 Continue gluing down your sequins in kind of a fish scale pattern. They don’t have to be perfectly spaced. Be sure to place the hole in the sequin where it will either be cut off or covered up. 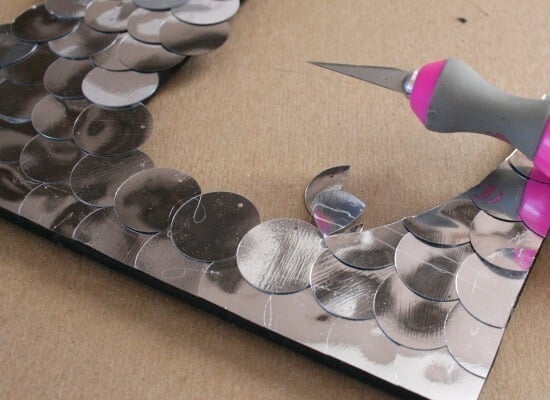 Since you are using hot glue you’ll be able to start trimming up the edges immediately. Using your knife trace the edges of the letter to trim. On straight areas scissors will really speed on the process and make nice, clean corners for you. 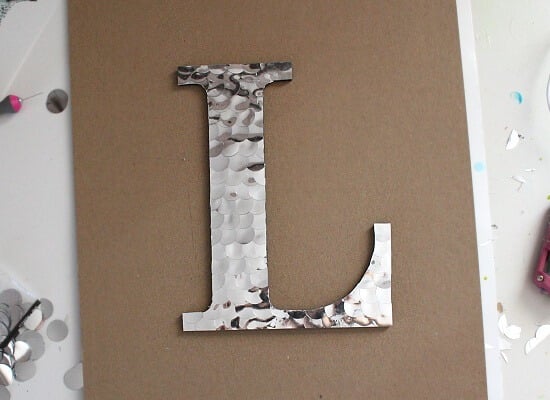 Repeat for as many letters as you need. Fair warning, it’s going to look like disco died on your desktop (or at least the disco ball exploded). 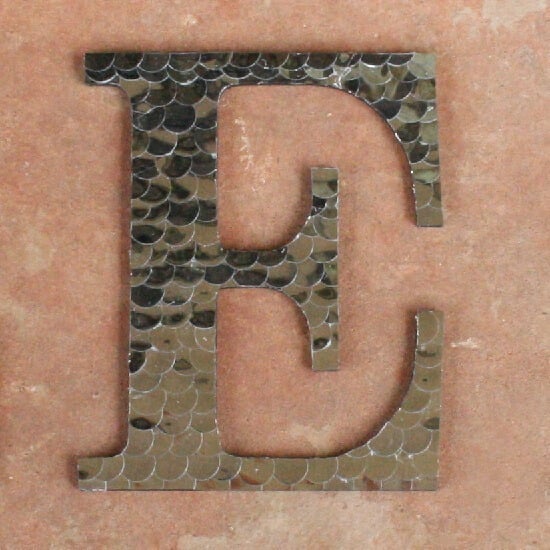