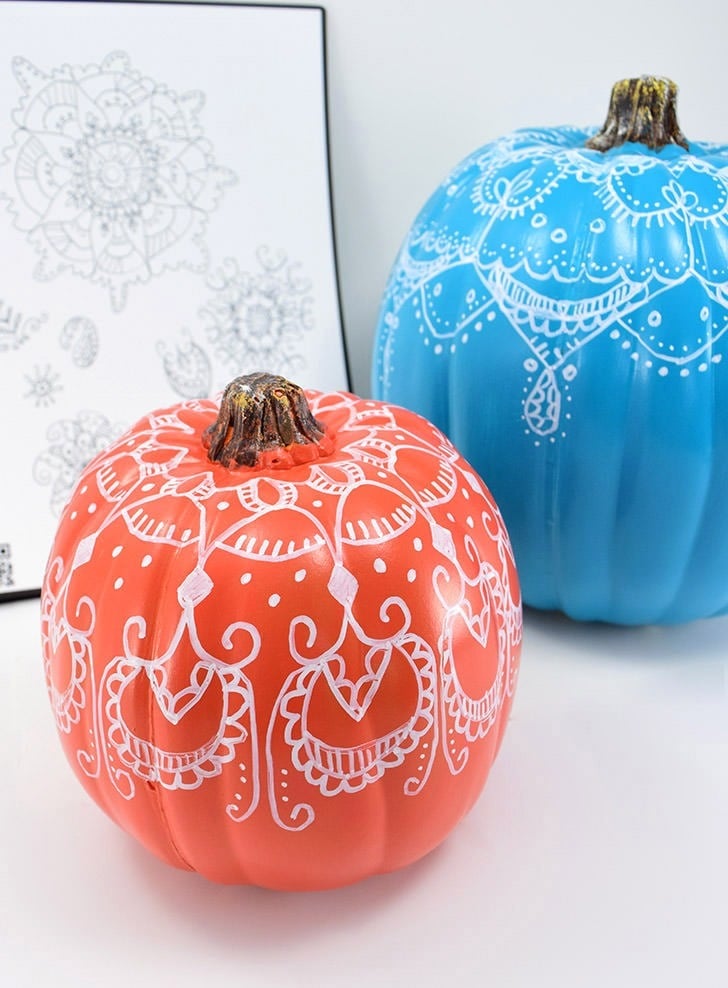 Skip the chatter and get the tutorial over at Mom Spark for these doodled henna no carve pumpkins now!

I love Halloween and in years past I’ve been totally nutso for pumpkin carving. Seriously. Every year I’d carve so many pumpkins and roast up so many pumpkin seeds that I’m pretty sure come November nobody ever wanted to see a pepita again in their lives :)

But this year I’ve been having a hard time getting going and I’m finding myself in this place where everything has to be crazy clean. Like, crazy. clean. I’ve already swept and vacuumed daily but now I’m adding obsessed with everything being very organized and I’ve gone through just about every drawer in the house removing unnecessary things for a garage sale or to give away and neatly organized what I’ve chosen to keep. 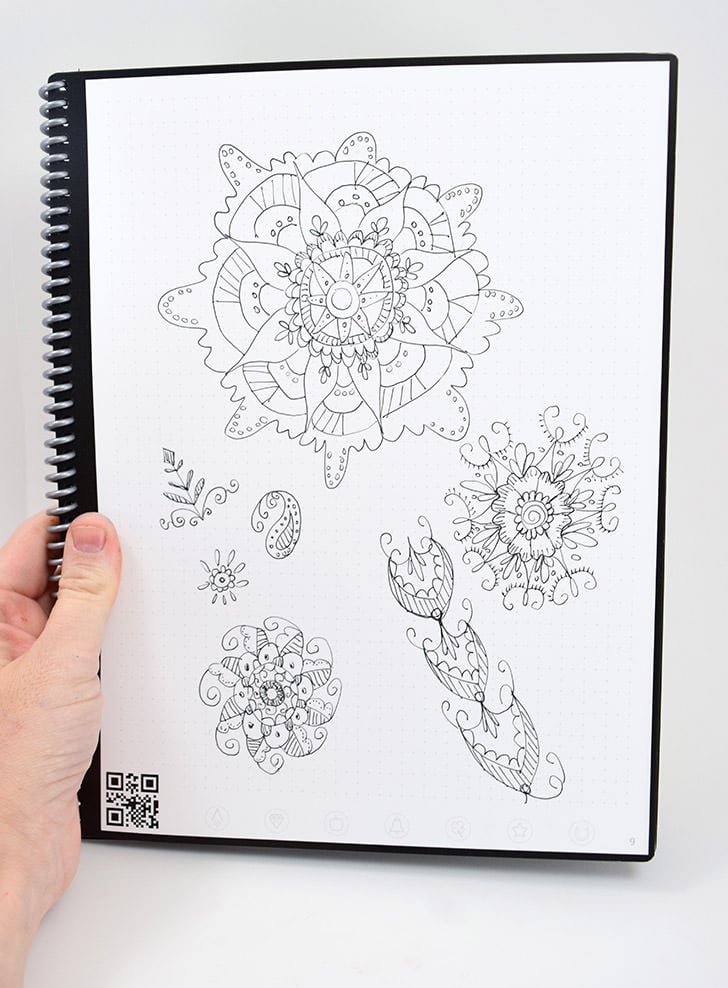 I never realized how many cabinets and drawers a single home could hold until this became my recent obsession and to tackle every one has taken some doing. Well, almost every one. After the stress of cleaning out year’s of trash from only one of Rob’s drawers I decided it was just not in the cards for him to be organized, or if it is, he can take care of his himself :) I’ve been told it’s about grasping at whatever I can control myself and perhaps that’s right. Either way, you should see my bra drawer. It’s a thing of beauty that looks like it’s straight out of Victoria’s Secret, folks :)

And so with my total neat-freak-itude I’m so not into the idea of getting my arms slimy with pumpkin goo making me ALL ABOUT no carve pumpkins. Though I’m a bit behind with the Hallloween crafting, since I’ve already got all of the supplies on hand, I’m knocking these suckers out. Perhaps it is a bit too late for you to rock these upcoming crafts in 2017, but pin these suckers because you’re totally going to want to craft these babies up for Halloween 2018 and beyond! Huzzah! 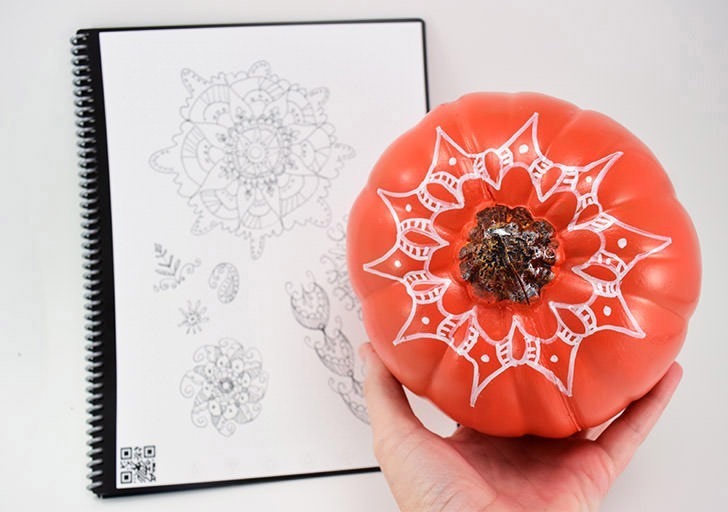 But on to these henna doodled pumpkins… I doodle an awful lot. I wouldn’t say I can draw, because I really can’t but dang if this gal right here can’t doodle :) Heck, anyone can doodle! And so I painted 2 pumpkins, one a bright red (which still looks freaking orange!) and teal (which they already sell at the store which would have saved me beaucoup time!) and then I doodled over them and I love them despite my totally unnecessary paint jobs :)

Want to see how to make your own Doodled Henna Pumpkins that are totally and blissfully no carve? Head on over to Mom Spark to get you some of that!’