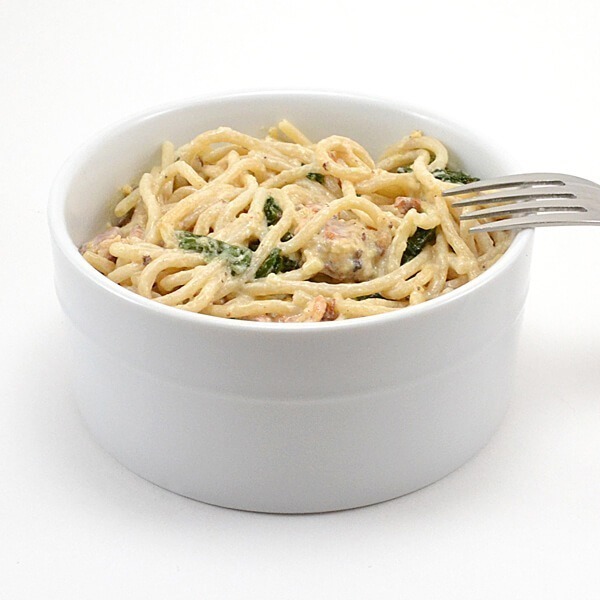 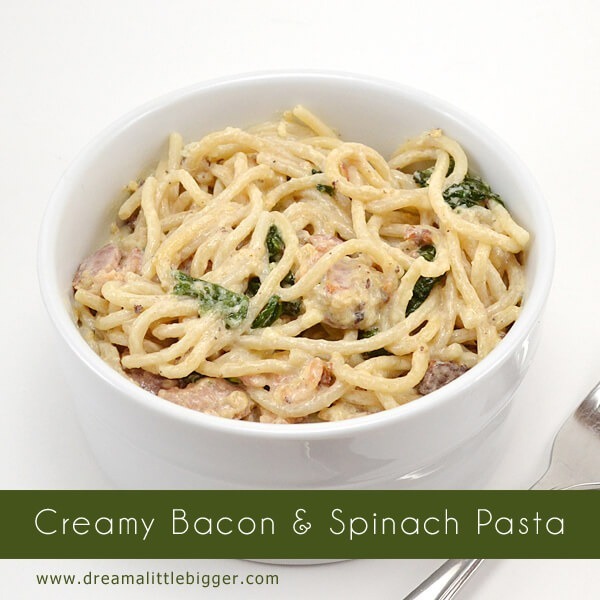 I’ve mentioned it before when I shared my lemon sauce recipe, but since going gluten free I missed going out to eat “fancy” pasta so much that I started creating my own recipes. Paired with my favorite gluten free noodles (anything Tinkayada) it’s like I’ve gone back in time to when I could eat fancy pastas at any number of restaurants. Though it’s a lot more work, it’s also a lot cheaper. Plus there’s something great about knowing exactly what it is that you’re eating which is why, these days, I prefer to cook supper at home anyway, gluten intolerance or not.

This recipe was born of a craving for bacon and spinach. I’d long cooked my fresh spinach in bacon fat, which I know is totally taking anything good about the spinach away from it, but it’s just how I roll. On this day rather than my usual spinach, I decided to try and make an creamy alfredo-like sauce with always popular bacon and the stuff that makes Popeye big and strong! These days this is a go to recipe for when I have a craving for pasta and need to make dinner in a pinch but am not interested in using a jarred sauce.

This sauce is very heavy and laden with bacon. While there may be some spinach in there, there is absolutely nothing healthy about this recipe! 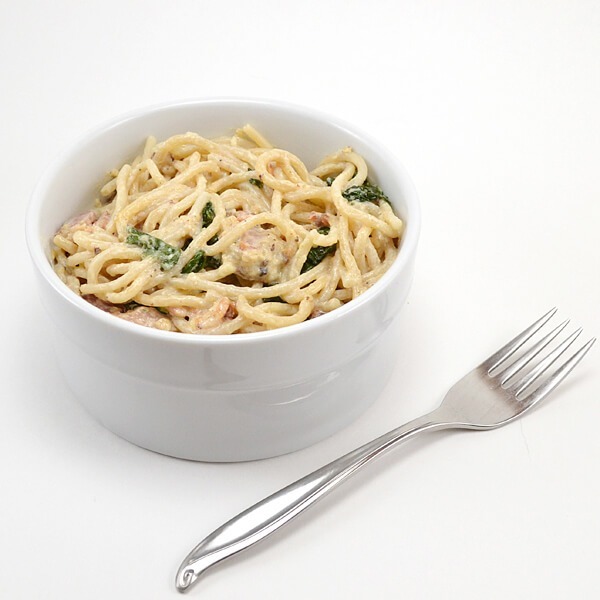 I'm a crafty cat lady with big dreams and an inability to sit still. I make it, I live it, I love it. Here at Dream a Little Bigger you'll find lots of inspiration for crafts, crochet, DIY, food, pet life and all things rainbow. Lots and lots of rainbows.
201 Shares
Pin201
Share
Tweet
This site uses cookies: Find out more.