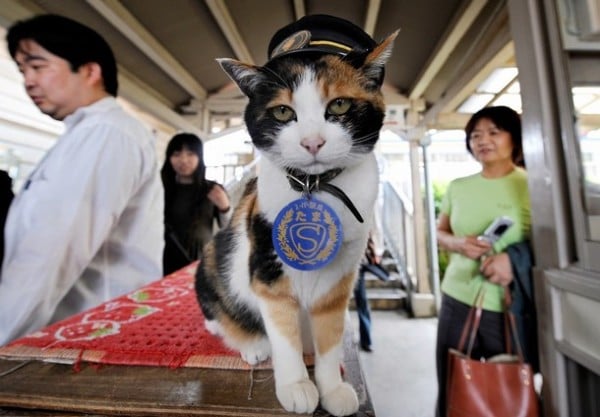 Tama a stray cat that became the train stationmaster in Japan!

As I’m sitting here typing this, I have one cat on my lap, two cats on my desk. The fourth cat (yes I have FOUR cats) is probably staring at a nail sticking out of the wall. Seriously – he’s been doing this for days. Every once in a while I’ll hear him slide down the wall where he tried to jump and get it. In spite of the fact that he is my favorite, his nickname is “dummy”. It’s a total term of endearment and people get upset with me saying it until they meet him. You can see their realization that this cat is indeed a little off when they meet him and affectionately call him dummy, too.

So, I have been working on making some stuff for my crazy cats to do to leave this lady alone while she tries to work. It’s hard to craft and not have cat hair all in your paint, glue, whatever when you have a whole pride of them within of a foot of you. 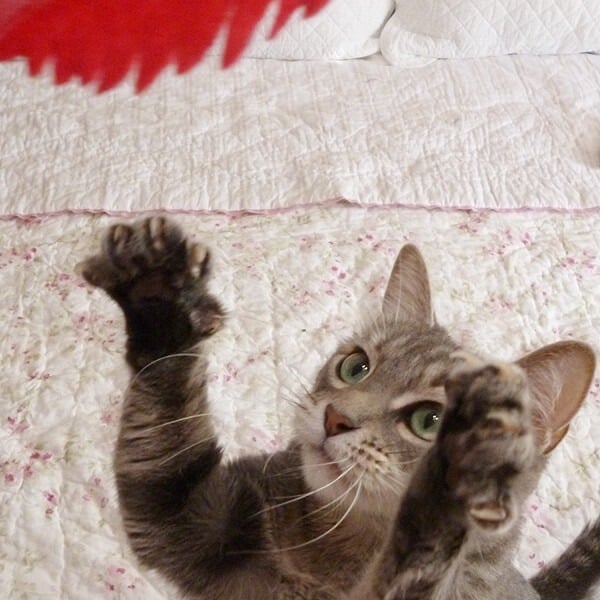 Alarmingly, there are very, very few projects online made for cats. I think that’s pretty sad. After all, cat things purchased from the store are expensive and tend to be poorly constructed in my opinion. So, after a couple weeks of looking off and on, I decided to compile my online favorites. 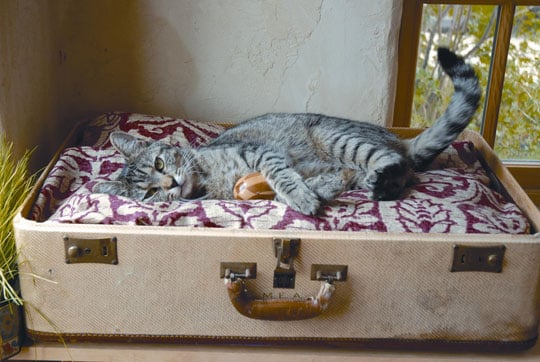 I love this suitcase bed idea. I mean after all, my cats LOVE sleeping in my suitcase while I am trying to pack! Check out the idea over at Apartment Therapy. 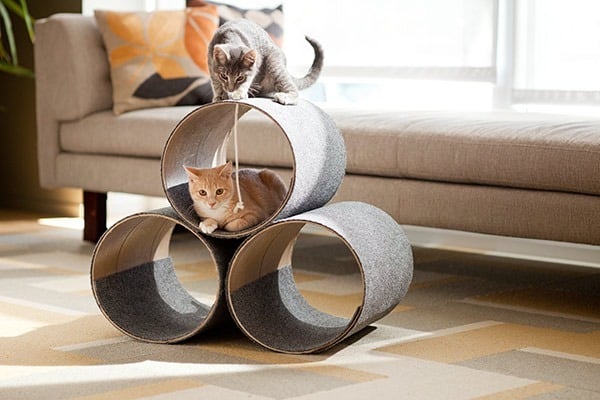 Cat House of Circles via Lowe’s Creative IdeasIt wouldn’t be the first time I ran to the hardware store for supplies to make something special for my cats and this project won’t be my last. I love how easy the project is. Only thing I would change? I’d definitely carpet the entire inside of the circles, not just the bottoms. Check out this creative cat idea at Lowe’s Creative Ideas. 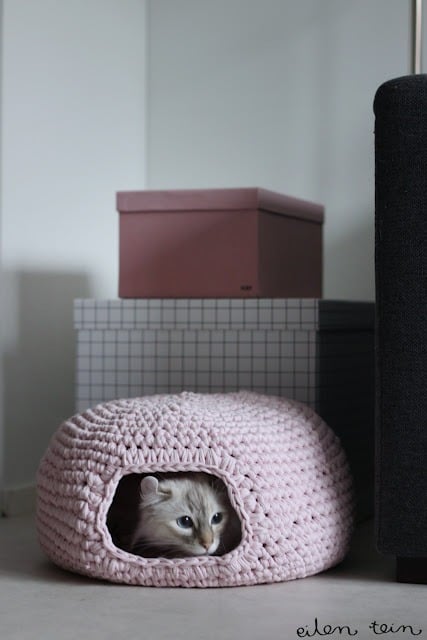 This super cute crocheted cat hideout is over at eilen tein. Isn’t it amazing? It looks like she had just as much trouble keeping the cats out of her project but at least it was being made specifically for them! The website is in Finnish but use Google Chrome to translate the DIY.

I really, really want to have wall perches for my cats. If the fact that they hang out on top of my book case that is about a foot and a half from the ceiling is any clue, I think that they would freak out over it… I like this idea because of the accompanying scratcher. I also like that it can be easily arranged to be artsy. Check out this project at Modern Cat. 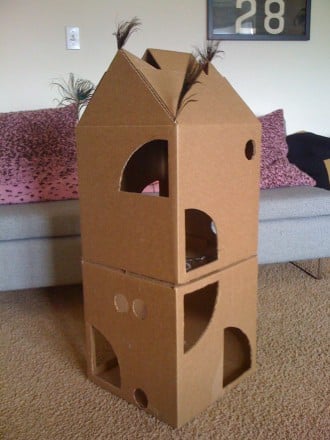 I would be lying if I said that I hadn’t made my cats toys out of boxes. In fact, up until a couple of months ago we had a bona fide “cat mansion” in the living room. It was a humongous, two story bright green monstrosity I made out of two cardboard boxes… complete with a rooftop deck to sun themselves on. However, the cat nicknamed Dummy is also nicknamed Plops because he plops his big ol’ self wherever he pleases came along. Long story short, he broke the box beyond repair. Think I’m going to replace the old cat mansion with this modern cat condo at Haute Nature. Movin’ on up!

This is yet another project from Modern Cat. Seeing as how I have cats draped all around my office anyway, it would be really, really nice to get them elevated over the desk. Even though the shelves were meant for breakable knickknacks, I think this is more awesome anyway. Besides… the cats would have taken over eventually and those breakables would be broken. 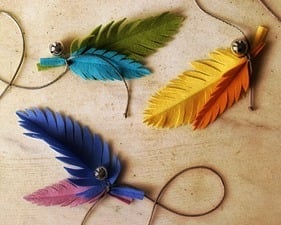 I really, really love making cat toys with felt. It’s cheap, it’s easy and all of the toys I have made are surprisingly durable. I love the style of Martha Stewart and these cat toys are no exception. To be honest, I was pretty surpised at the number of pet themed projects she has on her site. You should browse around after checking out this feather post!

And here are a couple of other projects that your kitties are sure to love:

Stash Your Cat Box in the Closet by Apartment Therapy

Homemade Cat Litter by The Greenists