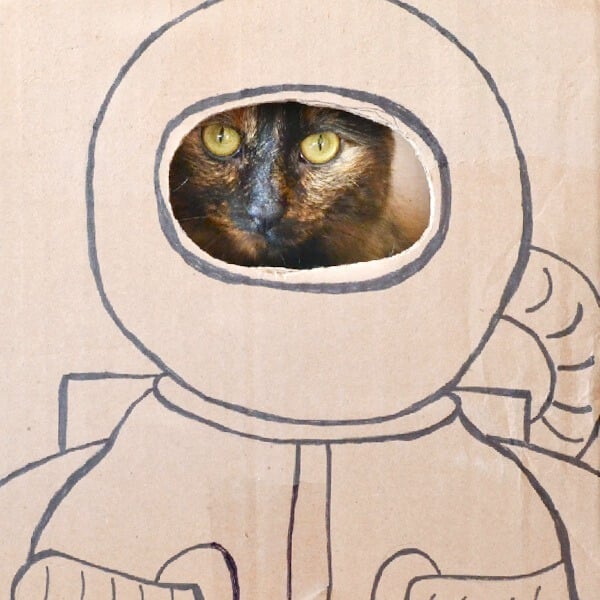 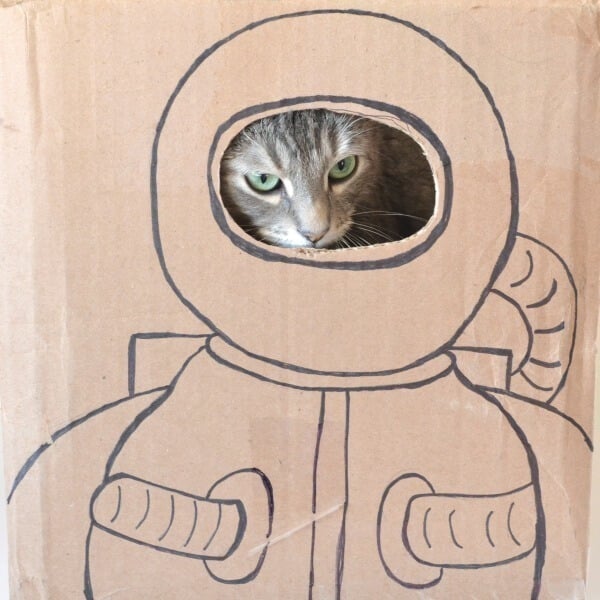 Hello everybody. In today’s post I’m just laying it all out there. You probably already know that I love my cats and that I take lots of pictures with cats in them. But you didn’t know (yet) is that I also like to take portraits of my cats in interesting situations… Say as an astronaut by drawing the figure on the box and then cutting a hole for the cats to look out of.

And the thing is, the cats ALWAYS get into the box. It’s never a matter of if, simply when. So I draw my box and I place it on my desk and when a cat decides to play dress up I snap a few pics. 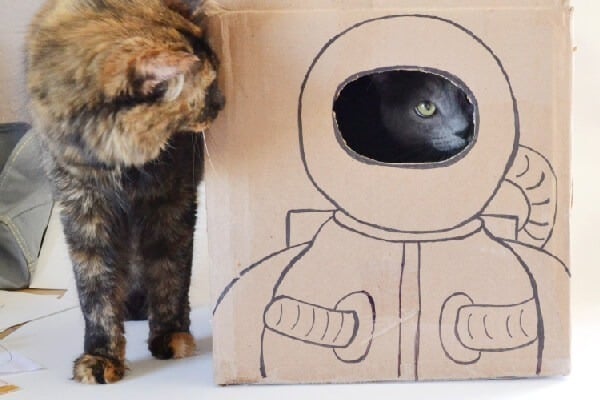 At any rate, sometimes we have “situations” with a little traffic jam of sorts where more than one kitty wants to be in the special box. 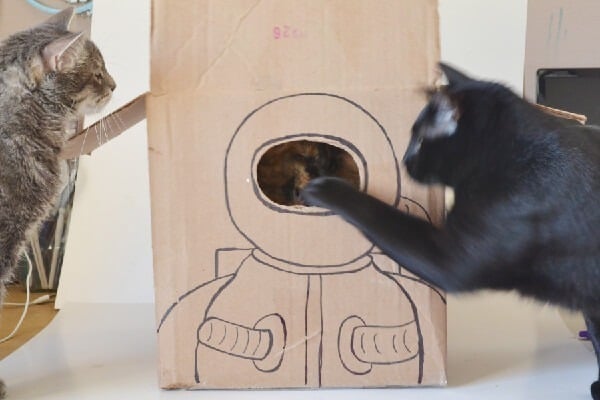 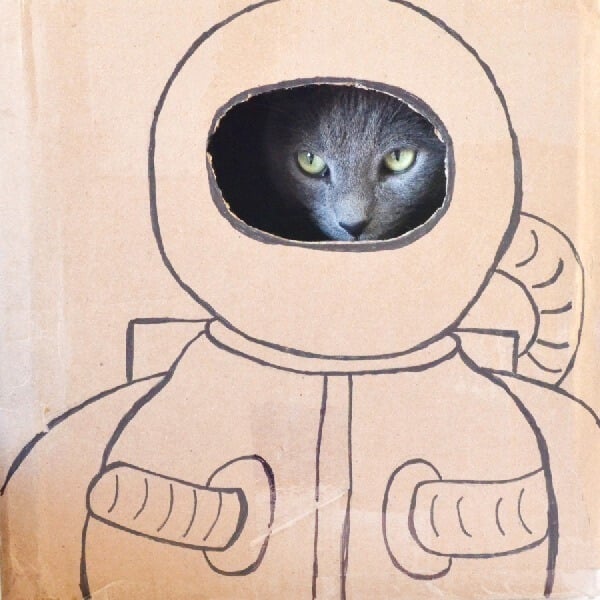 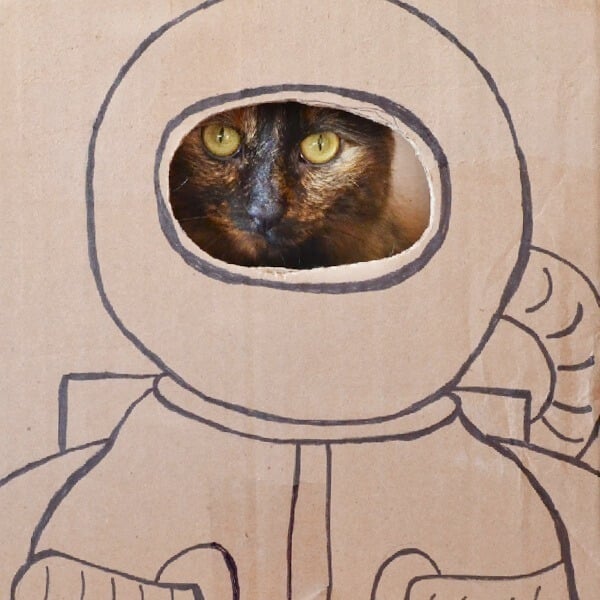 Well, that’s it for today. No tutorial or how to because it’s pretty simple. Find a box. Draw a character on it. Cut a hole out for cat faces. Set up somewhere with a camera nearby. Snap pics. Accept that you’re just a crafty cat lady and maybe grab a cup of tea.

I'm a crafty cat lady with big dreams and an inability to sit still. I make it, I live it, I love it. Here at Dream a Little Bigger you'll find lots of inspiration for crafts, crochet, DIY, food, pet life and all things rainbow. Lots and lots of rainbows.
118 Shares
Pin77
Share41
Tweet
This site uses cookies: Find out more.